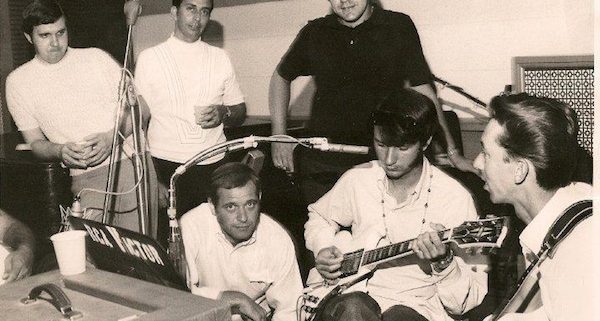 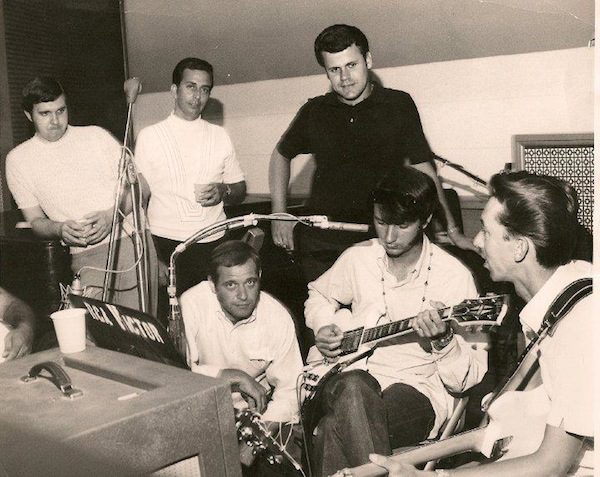 A photo from the studio’s early days, including Michael Nesmith from The Monkees and Norbert Putnam.

Artist Ben Folds, owner of Grand Victor Sound studio at 30 Music Square West, reports that the studio’s historic building is being sold to a commercial real estate developer. (MusicRow delved into the studio’s legacy in 2012.) Today Folds released the following open letter about the pending sale: