Country album sales are up 695k units over last week with several great debuts this week. Justin Moore’s Off The Beaten Path debuts at the top of the Country chart this week (No. 2 overall) selling 96k units. Chris Young’s A.M. wakes up strong debuting at No. 2 this week (No. 3 overall) with 53k units sold. Billy Currington claims the No. 5 spot (No. 10 overall) debuting this week with his latest album We Are Tonight selling 25k units.
Luke Bryan’s Crash My Party moves to No. 3 (No. 6 overall) selling another 47k units (947k RTD) and Keith Urban’s Fuse maintains its spark, coming in at No. 4 (No. 8 overall) and selling 30k units in its second week (129k RTD). Overall albums are down 6% over prior year while Country albums are down only .2%.
Bryan’s “That’s My Kind Of Night” remains the week’s top country track (No. 11 overall) with another 103k units sold (711k RTD). Tyler Farr’s “Redneck Crazy” holds the second position on the country track chart selling 47k (818k RTD) and No. 25 overall, while Thomas Rhett’s “It Goes Like This” sells another 47k units this week (728k RTD) and sits at No. 3 (No. 26 overall). Top debuts on the Country Tracks chart include Moore’s “Lettin’ The Night Roll” with 13k units sold and Young’s “Who Am I With You” with 11k in sales debuts at No. 36. Currington’s “We Are Tonight” debuts at No. 48 with 8k sold. Overall tracks are down 3.2% while Country tracks are up 5% over prior year.
The top overall album this week is Jack Johnson’s From Here To Now To You selling 117k units, while the top overall track this week is Lorde’s “Royals” selling 306k units (1.6 million RTD).
Next week’s releases include Alan Jackson’s The Bluegrass Album and Willie Nelson’s To All The Girls. The Kings Of Leon, who helped produce Nashville’s recent Music City Eats festival, will also release their album Mechanical Bull next week. 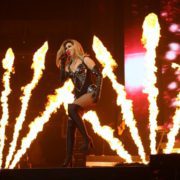 Shania Proves She's Still The One, A Decade Later 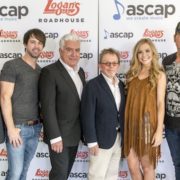 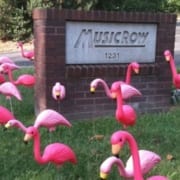 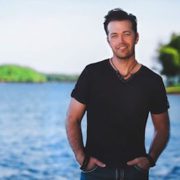 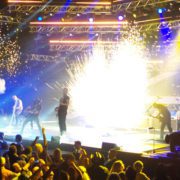