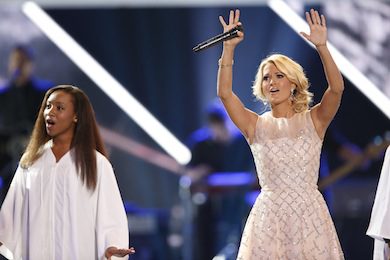 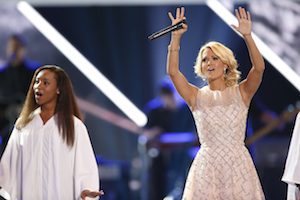 Carrie Underwood, Florida Georgia Line and Miranda Lambert were the evening’s big winners at last night’s (June 5) CMT Music Awards.
Underwood took home Video of the Year honors for “Blown Away.” Meanwhile, Lambert won for Performance of the Year, for “Over You” from the 2012 CMT Artists of the Year special. She also took home Female Video of the Year (presented by Lenny Kravitz) for “Mama’s Broken Heart.” “I just got a kiss from Lenny Kravitz. That was an award in itself,” said Lambert. “The only bad thing about the video [“Mama’s Broken Heart”] is that all the drinking was iced tea.”
Breakthrough Video of the Year and Duo Video of the Year honors went to Florida Georgia Line’s “Cruise.”
The show was filled with performances and surprise guests, as co-host Jason Aldean debuted his single “Night Train,” and sang “American Woman” with Kravitz; Little Big Town welcomed Keith Urban as their guitarist for a rendition of Fleetwood Mac’s “The Chain” and Lady Antebellum and Darius Rucker teamed up to get the audience singing along with “Wagon Wheel.” 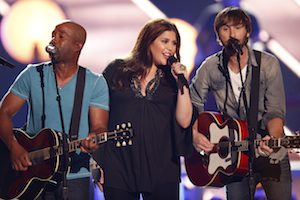 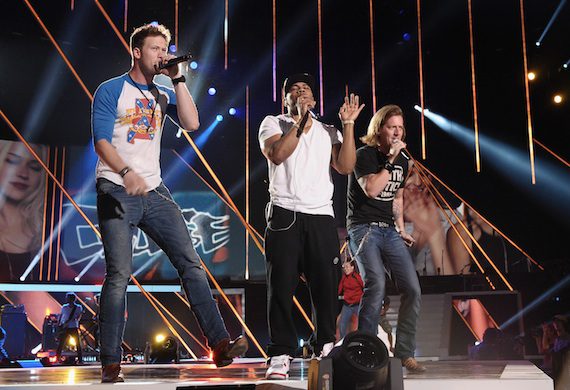 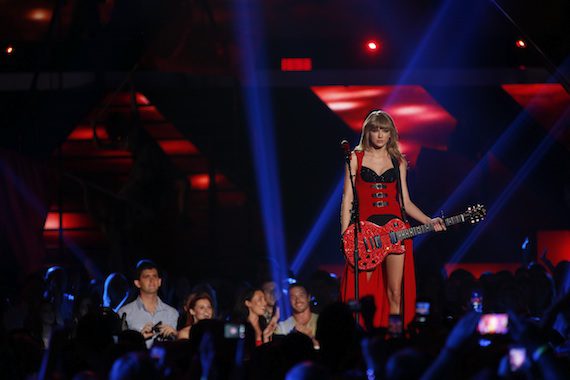 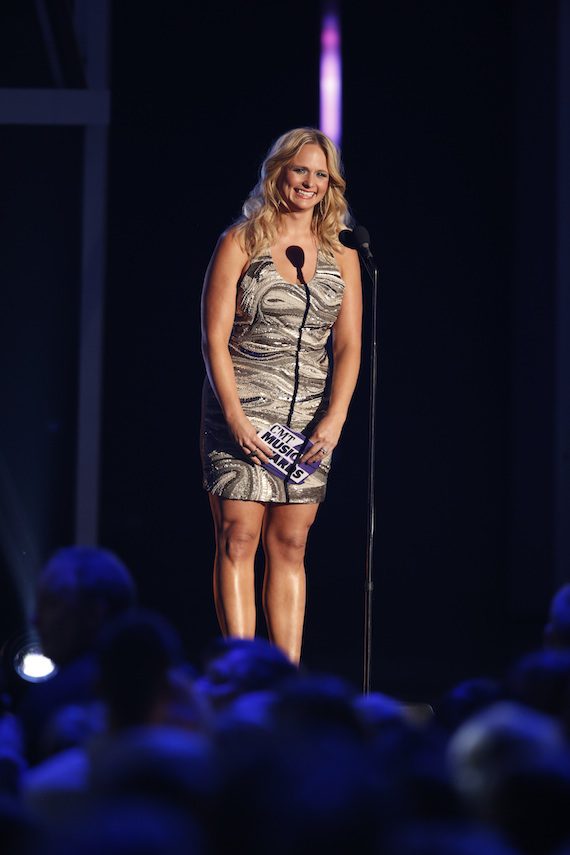 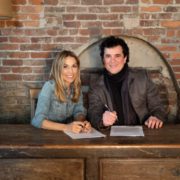 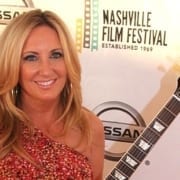