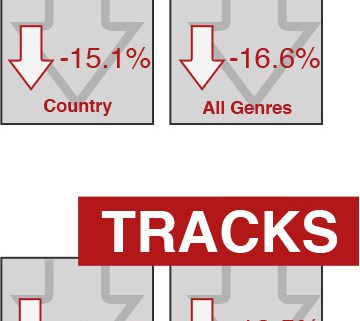 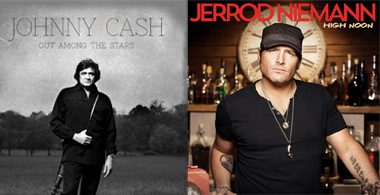 With the end of 2014’s first quarter, overall album sales are down one percent from last week, while Country album sales are up five percent week over week, thanks to debuts from Johnny Cash and Jerrod Niemann. Cash’s Out Among the Stars (Legacy Recordings) debuts at No. 1 (No. 3 overall), with 54k units sold, while Niemann’s High Noon (Sea Gayle Records-Arista Nashville) debuts at No. 3 (No. 18 overall), selling 14k units. Niemann recently performed for fans south of the border as part of his High Noon Adventure. Another noteworthy debut is Sarah Davidson’s self-titled album (Suretone Records), debuting at No. 30 with 1.8k units sold.
Frozen: Original Motion Picture Soundtrack by Various Artists continues as the top overall album, selling 161k units this week (1.7 million RTD.). Shakira’s self-titled album is the top overall debut, appearing at No. 2 with 35k units sold.
YTD, Country album sales are down 15.1 percent, while overall album sales are down 16.6 percent. If we analyze the TEA index (Track Equivalent Albums), where 10 tracks equal one album, we see that overall album sales are down 15.2 percent (versus 16.6 percent). The same week last year, Justin Timberlake’s The 20/20 Experience persisted as the No. 1 overall album, selling 318k units, while Blake Shelton’s Based On A True Story debuted as the top Country album, with 199k units sold. 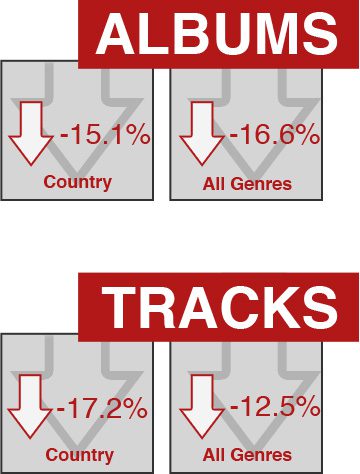 Florida Georgia Line feat. Luke Bryan’s “This Is How We Roll” is the top Country track (No. 10 overall), selling 77k units this week (692k RTD). Pharrell Williams’ “Happy” endures as the top overall track, selling 320k units this week (3.7 million RTD). The top overall debut is Sam Smith’s “Stay With Me,” debuting at No. 34 with 37k units sold.
YTD, overall track sales are down 12.5 percent, while Country track sales are down 17.2 percent. The same week last year, Pink’s “Just Give Me A Reason” was the top overall track, selling 286k units, while Darius Rucker’s “Wagon Wheel” was the top Country track, selling 93k units.
Next week’s numbers will receive a boost from the upcoming ACM Awards, and include the following debuts: Dan+Shay’s Where It All Began, Josh Thompson’s Turn It Up,  The Infamous Stringdusters’ Let It Go and Charlie Daniels’ Off The Grid—Doin’ It Dylan.