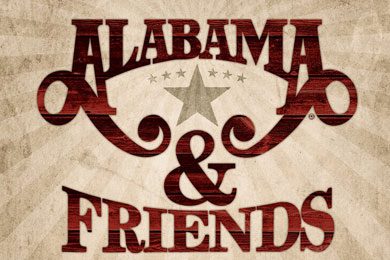 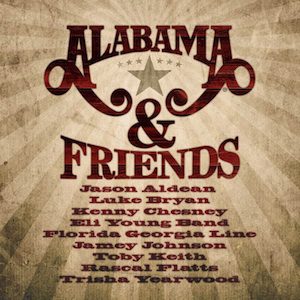 Alabama & Friends is the top Country album debuting this week, landing at No. 2 on the Country albums chart, (No. 8 overall) and selling 32k units. The release from Show Dog-Universal Music features Jason Aldean, Luke Bryan, Kenny Chesney, Eli Young Band, Florida Georgia Line, Jamey Johnson, Toby Keith, Rascal Flatts and Trisha Yearwood covering Alabama‘s most memorable and biggest hits of their career. The project also includes two new tunes from the Hall of Famers, including “All American,” which is at Country radio now and debuted last week on the MusicRow CountryBreakout Chart at No. 77.
In its third week, Luke Bryan‘s latest release Crash My Party sells another 92k albums (779 RTD) and sits at No. 1 on the Country sales chart and No. 2 on the Top Albums charts, right behind Avenged Sevenfold‘s Hail To The King (debuting with 159k units sold).
Other album debuts this week include Sundy Best Door Without A Screen (2k) and Due West Move Like That – EP (1k). Overall, album sales are down 5.9 percent over prior year while Country albums have a shortfall of 1.8 percent. Taking into account TEA (track equivalent albums; 10 tracks=1 album), Country albums are up .5 percent over last year while overall, all-genre albums are down 4.9 percent.
Bryan’s “That’s My Kind Of Night” sits in the top position of the Country tracks again this week with 112k sold this week (402k RTD). The top Country track debut this week is Cassadee Pope‘s “11” selling 21k units sitting at No. 19 (No. 72 overall). The top song on the overall tracks chart is Katy Perry’s single, “Roar,” selling 448k units in its third week (1.4 million RTD). Country tracks are up 6.6 percent over last year while overall, tracks are down 3.1 percent.