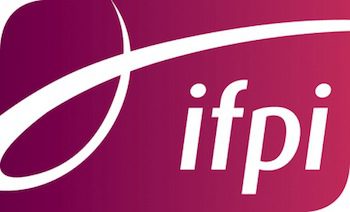 Reports from the International Federation of the Phonographic Industry (IFPI) show growth in the global music industry in 2012 and 2013. Overall global recorded music trade revenues increased by 0.2 percent in 2012, the first year of growth since 1999. The IFPI tracks revenue streams including physical, digital, performance rights and synch.
During 2012:
• The US remained the world’s largest music market, though sales declined .5 percent. Japan was a close second and experienced 4 percent growth in 2012.
• Digital channels accounted for 35 percent of overall industry trade revenues. Downloads remained the biggest source of digital revenues, with combined unit sales of track and album downloads up by 11 percent in 2012.
• Music subscription and ad-supported streaming services accounted for 20 percent of digital revenues globally, up from 14 percent in 2011.
• Albums accounted for 56 percent of recorded music sales value, with album downloads growing faster than single sales.
• Physical sales represented 57 percent of record companies’ income.
• Performance revenues were the fastest growing sector in the recording industry at 9.4 percent, accounting for 6 percent of recorded music revenues.
• Income from synch deals grew by 2.1 percent to US $337 million in 2012.
• Unlike the rest of the world, CD sales are on the rise in Japan, with an 11 percent growth in physical sales. According to the Recording Industry Association of Japan, CD sales nearly doubled year-over-year during the first quarter of 2013, with CD-based revenues rising 92 percent. Digital revenues fell by 25 percent in 2012, due to a leveling in the mobile market and an increase in piracy. Digital Music News looks at the rise in physical sales here.
• Growth areas: Brazil, India and Mexico have seen market growth respectively of 24%, 42% and 17% since 2008. 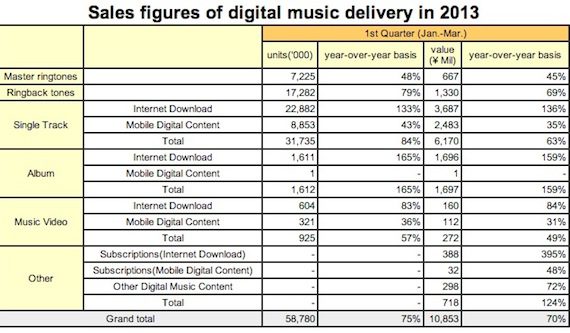