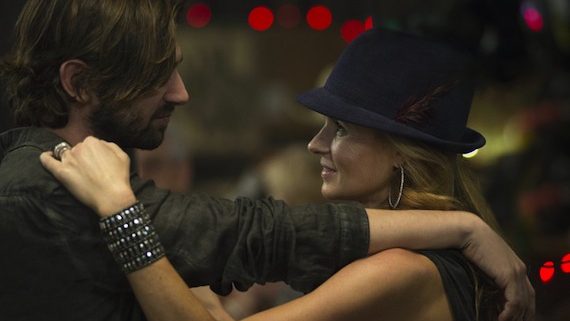 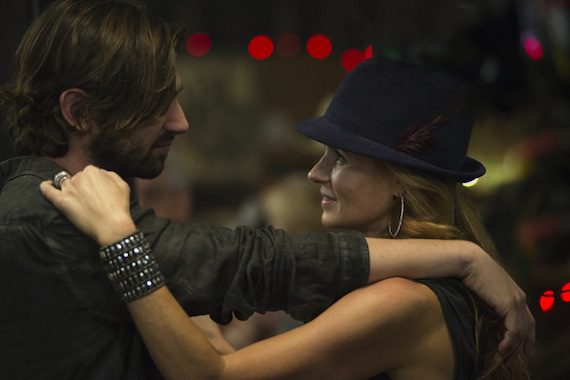 There’ll Be No Teardrops Tonight
Season 1 | Episode 113
Ever the professional, Rayna pent up her emotions about her pending divorce to maintain a strong front on the road. But she wasn’t fooling Deacon, who knew something was up, though she wouldn’t say what. Finally she had a breakdown after a night of partying at a honky-tonk (The Stage) with producer Liam, which led to plenty of flirting and a kiss before she ended up in a puddle of tears in the bathroom of his hotel room.
Elsewhere in the Atlanta hotel (played by the Sheraton Downtown Nashville), Juliette was having a meltdown of a different kind. In the middle of the night, fueled by a few too many energy drinks, she banged on the doors of her band and entourage, bringing them out into the hall for a screaming fit about how she is their boss, not her manager Glen. She and Glen had been butting heads over her desire for a more organic, less pop-y sound. Glen quit on the spot. The next morning, Deacon gave Juliette a dose of reality: that her midnight “performance” was no way to win the affection of her team. She softened up by the time she returned to Nashville, and invited her mom to move in with her after she gets out of rehab.
Then Deacon got his own dose of reality when he saw Rayna and Liam making googly eyes at each other in the hotel lobby. 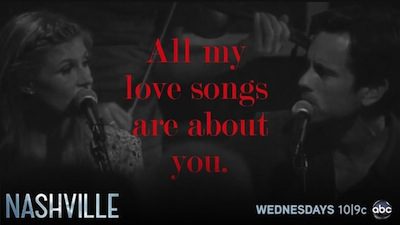 Click to send “Nashville” love this Valentine’s, with these e-cards.

The whole episode led up to Rayna returning home to Nashville to break the news of the divorce to her daughters. But oldest daughter, Maddie, had already overheard dad Teddy on the phone with his new lover Peggy (Kimberly Williams Paisley), and didn’t hesitate to spill the beans to her mom. (In another bombshell waiting to explode, Teddy is not Maddie’s biological father—Deacon is.)
Scarlett and Gunnar’s new song “Casino” played during a montage which included the teary-eyed scene where Rayna and Teddy tell their daughters. The song was written by Morgan Hayes and Natalie Hemby (see video below).
In more upbeat news, Scarlett and Gunnar received a call from Watty White that Rayna is interested in signing them to her new imprint. Elsewhere, Avery considered inking a deal of his own, after receiving a $100k publishing advance. And things got rocky on the homefront for new roommies Scarlett and Gunnar, when his brother arrived in town from Texas, where he is a wanted fugitive. It looks like there is going to be plenty more to this plotline in the next episode on Feb. 27.
Expect that show to be packed full of cameos including Dan Auerbach, Vince Gill and Kip Moore. During Deacon’s birthday party, Rayna will sing with Pam Tillis and Kate York, as well as her uncle Watty White (JD Souther) and Adria (Erin McCarley). But Juliette’s performance will be derailed by her mother. And Rayna and Teddy’s divorce will get unwelcome tabloid press. The Tennessean reports Mayor Karl Dean also guested in a recent shoot, but didn’t the final cut. 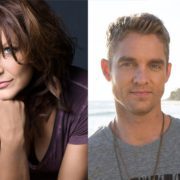 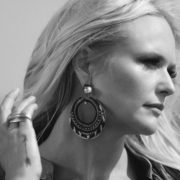 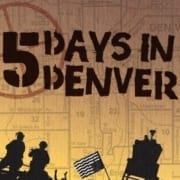