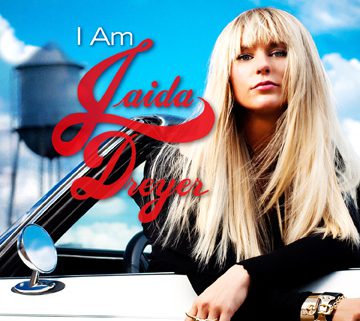 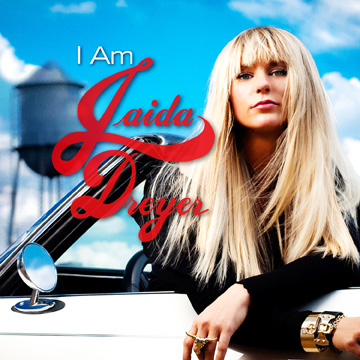 Born in Thunder Bay, Ontario, and raised in Latimer, Iowa, Jaida Dreyer was a “horse-crazy” little girl who grew up showing competitively and won her first of many world championships at 5, getting an early education in the sort of work ethic required to reach success. Before she turned 18, Dreyer had lived in seven states, including Iowa, Florida, Wisconsin, and Tennessee, with the bulk of her time spent between Texas and Georgia. During those gypsy years, Dreyer says, music and songwriting remained a constant, and when forced to retire from riding at 17, she took the biggest risk of her life: “The only other thing I knew how to do was write songs,” Dreyer says. “Growing up on the road, I learned that life isn’t a fairy tale,” Dreyer says. “It gave me a lot to write about, and a story that most 17 year old girls don’t have. I look at it as a blessing. My crooked road has given me a career.”
Dreyer didn’t grow up intending to become a country music artist, but to hear the story of her crooked road to Nashville, it’s clear she was meant to be here all along. Her unmistakable voice, bubbly personality, and eclectic, insightful songwriting scored her a publishing deal with Grammy Award-winning producer Byron Gallimore (Faith Hill, Tim McGraw, Sugarland) at the precocious age of 19; this February, Gallimore announced the creation of his own label, Streamsound Records, and threw his full support behind Dreyer’s career. “I’m proud for her to be our flagship artist,” says Gallimore. “She’s the real deal. I couldn’t feel stronger about anybody.”
As the flagship artist on Streamsound Records, she released two singles to country radio in 2012, “Guys Girl” and “Confessions.” The year proved to be a busy one for her as she has been traveling the country on a coast-to-coast radio promotion tour, where she has made stops at over 80 radio stations.
She has made quite an impression at radio with early support shown by major stations including KILT in Houston, KASE in Austin, KNTY in Sacramento, and KUPL in Portland among others. She and Gallimore have been working meticulously on her debut album, set for release in the coming months. A talented songwriter in her own right, Jaida will have a hand in writing or co-writing all of the songs on her debut release.
For more information on Jaida and to check out live performances from her radio tour you can go to www.jaidadreyer.com.