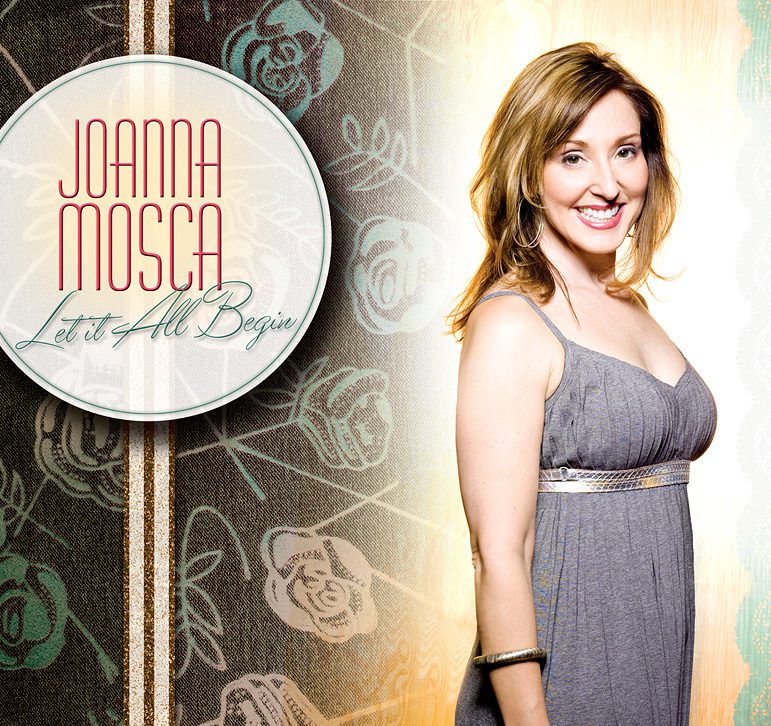 “Congratulations on the best stuff you’ve done! Love each and every song on EP, and “I Guess That Says it All” is a can’t miss hit! – Kip Jervis, WEZJ-FM 104.3 EZ Country
“The best yet from an amazingly talented singer.  Proof that concrete and asphalt can deliver a great country song just as much as dirt roads and gravel. Joanna is big city sophistication with country class.” – Mike Thomas, KWRE/KFAV Radio
This singer/songwriter, musician, actress, mother, daughter and wife, Joanna Mosca, brings a wealth of life experiences to her dynamic current EP, Let It All Begin.  The six-track outing offers a fresh sound to Country radio and its audience, presenting Mosca’s immediately identifiable voice on relevant, well-written songs that should appeal to listeners both youthful and mature.  The EP, produced by Grammy award-winning Country star Bryan White, includes Joanna’s current single, the poignant ballad “I Guess That Says It All,” written by White, Travis Thibodaux and Steve Williams.  For White, working with Mosca was a great experience.  “She is an absolute delight and a total professional in the studio.  She definitely has the goods.”  In addition to her new single, the EP contains a masterful duet with one of Country’s most-heralded vocalists, LONESTAR’S Richie McDonald.  The “country as dirt” “Where Does Good Love Go” is as sultry and seductive as a steamy summer night under the magnolias.  For McDonald, working with Mosca was “refreshing.”  “She is so talented and has such a warm personality,” he recalls.  “She was a dream to collaborate with.”
Let It All Begin caught the attention of the Country Music Association, and Joanna was invited to the 2013 Country Music Festival where she absolutely wowed the crowds. The two songs that resonated most with audiences were “I Guess That Says It All” and her previous single/video, “Dream On Savannah.”  The clip has garnered nearly 200,000 YouTube views to date, but it’s the number of emails that Joanna’s received regarding her Music Fest performances of the song that’s touched her heart.  “I’ve received so many messages, especially from young girls who heard me sing it in Nashville,” Mosca states.  “The lyric does have a powerful, anti-bullying message – and for fans to reach out and tell me that those words touched them in some way is truly gratifying for me as a vocalist.”
Mosca jump-started her music career with the release of three consecutive Top Ten FMQB AC Radio Chart singles between 2006 and 2008.  She was also writing songs, and in 2010 she released her first full-length album, Joanna Mosca, which contained six original tunes.  The album’s first single “Keep On Going” shot onto the Billboard Top 30 AC Chart,and the song’s success earned her a spot on Music Connection magazine’s Top 100 Independent recording artists’ list. More recently, she’s had two Music Row charting singles and was named to the CMA’s “Who New To Watch” list in 2012.
WEBSITE/SOCIAL MEDIA
www.joannamosca.com
www.facebook.com/joannamoscamusic
twitter.com/joannamosca
www.myspace.com/joannamosca
www.numberonemusic.com/joannamosca/
www.reverbnation.com/joannamosca
Contact:
Publicist Martha E. Moore
so much MOORE media
[email protected]
615-746-3994