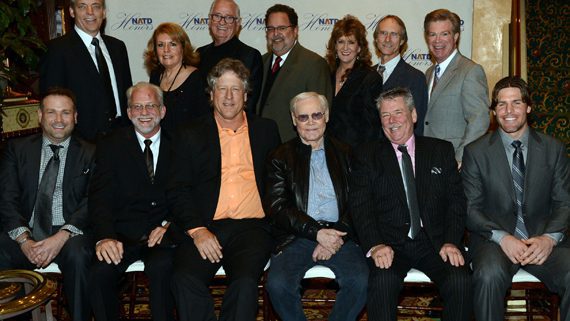 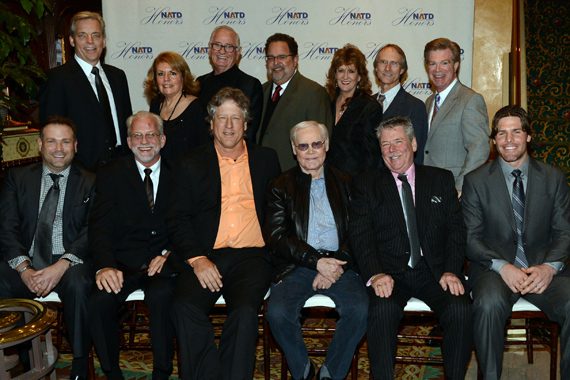 The Nashville Association of Talent Directors (NATD) spent yesterday evening (11/14) honoring a group of individuals who share the organization’s objectives and ideals during its 2nd Annual Gala at the Hermitage Hotel in Nashville.

After a silent auction to raise funds for the NATD’s College for Knowledge program, along with hors d’oeuvre and cocktails in the lobby, attendees were called to the dining hall by xylophone for the main event.

“Community involvement and the legacy they have made in their career have made tonight’s honorees deserving of recognition,” said President Steve Tolman.

Robert K. Oermann took the stage prepping the crowd to receive the evening’s first honoree, George Jones. “Great voices attract great songs,” praised Oermann of Jones’ 60 year legacy before listing the singer’s accolades including 167 chart placements. “Tonight we will be giving him another award, but you can’t give him enough.”

A reminiscent Tanya Tucker shared equal praises of the Country icon before bringing him to the stage for a brief acceptance. Tucker and Jones will perform together in 2013 for his final Nashville concert on the Grand Tour.

The organization’s Hubert Long Award was presented to WBA’s Robert S. Williams for significant and positive contributions to the music industry relating to artist development. Williams was introduced by Bob Kinkead.

Michael W. Smith honored CAA’s John Huie, noting that his contributions “took music out of the churches and into the arenas.” Huie’s responsibilities at the company included establishing its first satellite office in Nashville, which recently celebrated the 75th employee hired at its new SunTrust Building headquarters.

Dale Morris took the stage to recall offering Clint Higham $70 a week and a tank of gas when he first began work at Morris Artist Management. Higham, now President, oversees the roster including Kenny Chesney, Martina McBride, and Jake Owen. “All I ever wanted to do was work in the industry, I don’t know how to do anything else,” said Higham, who corrected Morris, saying his starting compensation was only a tank of gas.

Béla Fleck remarked about honoree Alan Valentine’s contribution to the Nashville Symphony from expansion, to the Schermerhorn, and rebuilding after the 2010 flood. Valentine received the honor saying, “we should have this kind of Hall and Symphony in Music City.”

“A concerted effort was recently focused on this gala and scholarships to support up and coming talent,” notes Tolman of the organization’s education ideals. “We take industry professionals to colleges to do panel discussions to showcase the variety of jobs, teaching students the strongest aspect of our industry is relationships. You’ve gotta get involved, even if it is a voluntary thing to get your foot in the door to meet people.”

The key players in the College of Knowledge programs include Murray University in KY, where NATD will return for the third time; institutions in Montana; and through IEBA, Belmont University.

Dinner included salad, rolls, steak served over mashed potatoes and a side of broccolini. Dessert choices included a fruit tart or coconut cake. 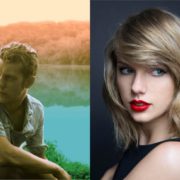 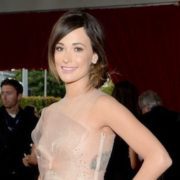 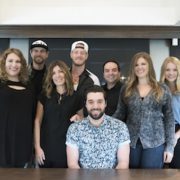 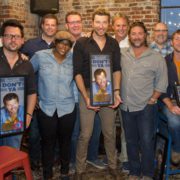 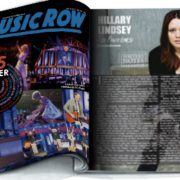