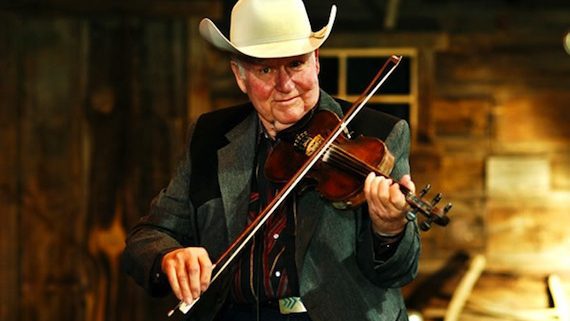 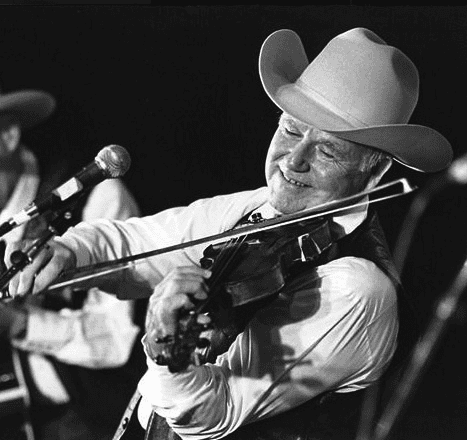 Country music lost one of its finest instrumental talents when Johnny Gimble died on Saturday, May 9, in Dripping Springs, TX.

“Johnny Gimble is one of the greatest musicians that ever lived,” Willie Nelson once said. “I’m his biggest fan.”

The 88-year-old Gimble was considered one of the best fiddlers in history, and he was also accomplished on mandolin, tenor banjo and guitar. He was a member of Bob Wills’ famed Texas Playboys band, a renowned fiddle instructor, a prolific recording artist and a session musician who played on hits by everyone from Merle Haggard to George Strait.

He won five CMA Awards as Instrumentalist of the Year and nine ACM Awards as Fiddler of the Year. He was given a National Heritage Fellowship by the National Endowment for the Arts in 1994. He won Grammy Awards in 1993 and 1995 for recordings with Asleep at the Wheel.

On Saturday’s Grand Ole Opry show, Connie Smith dedicated her 1971 hit “Where Is My Castle” to him, noting that Gimble had played on her original single of the song as well as on her 1972 hit “If It Ain’t Love.”

Gimble can also be heard on Strait’s swing hit “Right Or Wrong” (1984), Marty Robbins’ debut chart topper “I’ll Go On Alone” (1952), Haggard’s iconic “If We Make It Through December” (1973), the immortal Wills tune “Faded Love” (1950), Conway Twitty’s controversial “You’ve Never Been This Far Before” (1973) and hundreds of other well-known country records.

Johnny Gimble was born in Tyler, TX in 1926 and was performing on local radio with his brothers by his early teens. He was soon backing The Shelton Brothers and Jimmie Davis on KWKH in Shreveport, LA.

After Army service during World War II, he resumed his music career. He joined The Texas Playboys in 1949, and by the early 1950s, was performing on recording sessions in Dallas for Robbins, Lefty Frizzell and Ray Price.

He worked in construction and as a barber while maintaining music jobs. He joined the staff band at ABC-TV’s Five Star Jubilee in Springfield, MO in 1961. Gimble moved to Nashville in 1968. The next decade was his most prolific, since he appeared on more than 200 country-star albums. Smith was so enthralled with his wildly inventive playing on “If It Ain’t Love” that she sent a letter to disc jockeys to tell them who the fiddler on her record was.

Gimble moved back to Texas and joined Willie Nelson’s band in 1979. He then became an icon of the Lone Star State music scene. He worked with Asleep at the Wheel and many other Austin artists. He also formed the Texas Swing Band. The group made the country charts in 1983 with Ray Price singing lead.

Johnny Gimble suffered the first of a series of strokes in 1999. But he continued to teach and perform. 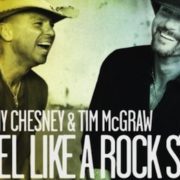 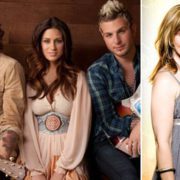