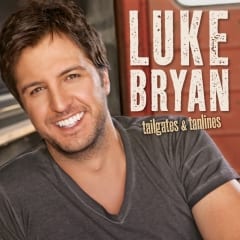 Luke Bryan’s latest album Tailgates & Tanlines has received platinum status from the RIAA for shipments totaling one million units. This is Bryan’s third studio album on Capitol Records Nashville and has produced back-to-back platinum singles “Country Girl (Shake It For Me)” and “I Don’t Want This Night To End.” Current single “Drunk On You” is in the Top 10 on MusicRow’s Country Breakout chart. The album debuted at No. 1 last August with sales of 145,000 units.

In addition to headlining his own dates, Bryan is on the road with Jason Aldean’s My Kinda Party Tour.