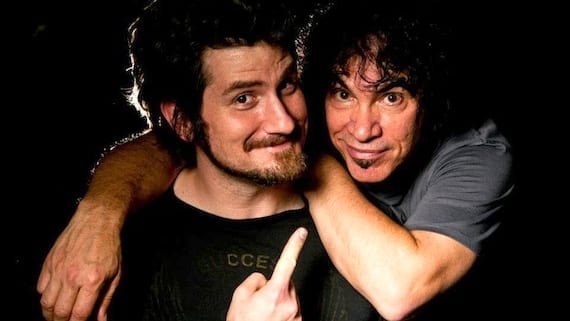 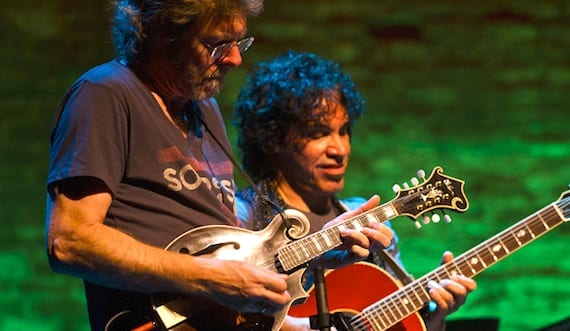 Sam Bush and John Oates at the 2011 festival. They will be performing together again this year.

Songwriter and mega-hit artist John Oates is bringing a little piece of Nashville to his hometown with the 7908 Aspen Songwriters Festival. Inspired by the Bluebird Cafe’s in-the-round performance style, his initial one-off undertaking has evolved into a five-day cross-genre event.

“I thought it would be something people in Aspen had never seen and experienced,” recalls Oates of the festival’s original incarnation. “So I approached the people at this amazing acoustic venue called the Wheeler Opera House, it’s a Victorian theater that is perfect for this sort of thing. I called it the Stories Behind The Songs, and that year we had Patty Griffin, Bob Regan, Jimmy Wayne, Tift Merritt, and Scotty Emerick. It went over so well that people in the city asked if I would expand it into an annual event.”

“We’re a very eclectic songwriters festival,” Oates continues. “With bluegrass to pop and classic rock and everything in between. We like to have really unique pairings. This year we have JD Souther and Carrie Rodriguez doing a show together, and they’ve never even met. We try to give the audience a chance to see something they may not see anywhere else.”

Oates handpicks most of the performers along with Gram Slaton, Executive Director of the Wheeler Opera House. Along with booking top-name artists, they focus on supporting new talent. “We’re a not-for-profit organization and our mission is to nurture and perpetuate the art and craft of songwriting,” adds Oates. “Part of that is done by combining up and comers with seasoned professionals. People may come to see the headliner, but they are usually blown away by the artists they don’t know. Plus, we wanted to keep a local component, so we came up with a statewide songwriting contest. It helps rising songwriters, and also creates interest in the event from people in other parts of the state.”

Music lovers who attend 7908 range from Colorado residents to visitors from across the globe. “Aspen is a very international city,” he explains. “People come from all over the world to go skiing here. Our festival is at the height of spring break, and spring skiing, which is so popular because there is a whole winter’s worth of snow on the ground and beautiful warm sunny days. It’s an amazing time to be in Aspen.” 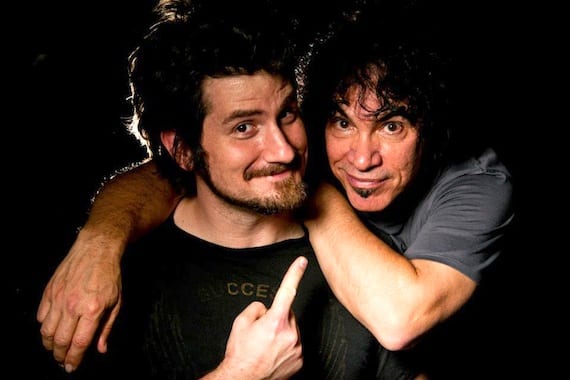 Matt Nathanson and John Oates, who are both set to return to next month's festival. Photo: Lynn Goldsmith