In addition to the annual awards telecast, the new agreement includes the continued broadcast of annual ACM specials.

This news comes before tomorrow morning’s announcement of the ACM Awards nominees for the upcoming show on April 1.

“The Academy of Country Music represents a highly valued partnership for our company and the awards show is one of the marquee broadcasts on our network,” said Leslie Moonves, President and CEO, CBS Corporation. “It is an entertainment event that continues to grow in scope and popularity, and we look forward to working with the ACM and dick clark productions to build on this great momentum over the next decade.”

“The Academy has been home at CBS for 14 years, and we’re thrilled to continue that winning partnership over the next decade,” said Bob Romeo, CEO of the Academy of Country Music. “With our friends at CBS and our partners at dick clark productions, we’ve grown the Academy’s brand and television properties, consistently delivering hits that country music fans can count on. We look forward to 10 more years of incredible entertainment programming that brings fans the best that country music has to offer.”

“The Academy of Country Music Awards is one of the crown jewels in our collection of storied franchises,” said Mark Shapiro, CEO of dick clark productions. “This new deal recognizes the continuing success of the awards show and creates a platform for expanding our reach with ACM-branded programming. We are delighted to extend our relationship with America’s most-watched television network.” 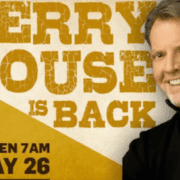