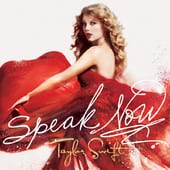 No one wants to sound cynical as the holiday season approaches, but really, why do you think there are so many Award shows? If you used the word “marketing” in your answer then you are correct.

It’s about selling product. That includes TV ratings and ads, which do little for our industry and selling music product which is of great importance to Music City. So when you see reports later this week spinning the numbers, like “Sugarland’s sales jumped 132% from the previous week,” please note the tremendous boost landed them at No. 32 on this week’s country albums chart (according to Nielsen SoundScan) with a total of under 4,000 units sold. In fact, the duo’s entire bump was a meager 1,500 units. 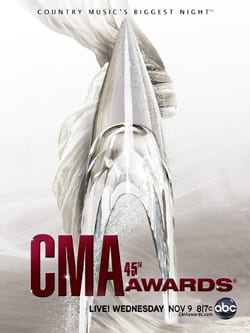 I’m not picking on Sugarland. The Band Perry, the second largest percentage album gainer in the wake of the Awards won three trophies and saw sales jump 112%. That sounds great, but it placed them at No. 7 with an increase of about 10,000 units. Fans went out to “Shake It” for Luke Bryan, but only increased his week over week (w/w) total by 34% or about 6,000 units.

The point here is that the Award show hardly influenced album sales. In fact, Top 75 country album sales actually dropped 4.9% this week compared to last week. But what about track sales?

A few months ago we asked, “Are tracks the new albums, in terms of marketing strategy?” Looking at this week’s country track sales you could say, “Perhaps.” Country track sales increased this week by 51% to 3.452 million tracks. Taylor Swift leads the Love Story on this chart. According to Big Machine Sales VP Kelly Rich, they released six Taylor tracks (11/8) that were included last year on a Target exclusive version of Speak Now. Contractually they were able to release them now as digital tracks and wanted to position them in the marketplace in time to catch momentum from the CMA Awards and Thanksgiving’s black Friday. iTunes gave the new material great positioning and the plan worked. The top three country tracks this week are all Taylor. In fact the six new tracks sold over 435,000 units this week! Fans didn’t offer up much album love, but it was all kisses in the tracks arena. The Band Perry, Luke Bryan, Toby Keith, Blake Shelton, Eric Church and Lady Antebellum also made great showings.

In closing, it’s time once again to invite everyone to TEA. Track Equivalent Albums that is (10 tracks= 1 album). This week’s country tracks calculate to 345,200 albums which would increase this week’s total country album sales (891k) by almost 40%. My question is, wouldn’t it be especially helpful if we could allocate the TEA album sales directly by artist.

It was a great show, as the strong ratings attest. I believe that the numbers in this article are trying to show us something. I believe that if the country sales industry starts paying more attention to tracks we will find better ways to exploit the excitement that an award show can generate. “I want it now!” That is the impulse that track downloads satisfy and perhaps why they are growing. Getting trusty SoundScan, our industry’s measuring stick, to delve deeper into tracks and TEA, would be in everyone’s best interest.

CMA Elects New Board Of Directors