Drummer Jamie Oldaker, best known to country fans as a member of The Tractors, passed away on Thursday (July 16) at age 68.

He had been battling cancer for several years and died at home in Tulsa, Oklahoma surrounded by his family. Oldaker was regarded as the foundation of “The Tulsa Sound” and is a member of the Oklahoma Hall of Fame.

His performing career began in the 1960s when he was still a teenager. He formed The Rogues Five, and the group had a local hit single with “Too Good for Love” in 1966. This led to opening concerts for such national acts as The Doors and Paul Revere & The Raiders.

He also forged a career as a Tulsa session musician. The drummer backed Leon Russell, New Grass Revival, The Bee Gees, The Bellamy Brothers, Stephen Stills, Asleep at the Wheel, Freddie King and Peter Frampton, among many others. He was briefly a member of the rock group Frehley’s Comet and also served a second stint in Clapton’s band (1983-86).

In 1988, Oldaker began collaborating with the musicians who became the country-rock band The Tractors. They played on demos by K.T. Oslin that led to her RCA recording contract. That same year, Oldaker encouraged fellow Oklahoman Ronnie Dunn to pursue a country recording career and entered him in the Marlboro Country Talent Search. Dunn won and recorded some solo singles. Tim DuBois, another Oklahoman, paired him with Kix Brooks and signed the duo to Arista Records.

In 1994, The Tractors signed with Arista, too. During the next five years, the group placed nine songs on the country hit parade, including ”Baby Likes to Rock It” (1994), “The Santa Claus Boogie” (1994), “The Last Time” (1997) and “Shortnin’ Bread” (1998). The group’s debut CD sold a million.
In recent years, Oldaker became active as a philanthropist. He spearheaded fund-raising efforts for museums and other cultural efforts. He founded his MOJO Festival in Tulsa to raise money for homeless causes.

Along the way, Oldaker learned about several areas of the music business, working in artist management and music publishing. He also became a record producer.

As a producer, he recorded an all-star album titled Mad Dogs & Okies. It featured songs written by his fellow Oklahomans. Participating on the record were Clapton, Vince Gill, J.J. Cale, Taj Mahal, Willie Nelson, Tony Joe White, Bonnie Branlett and more. It was issued on Oldaker’s own Mint Blue Island label in 2005. Since then, Oldaker has played percussion on albums by John Arthur Martinez, Phil Collins, Peter Rowan and others. The Rogues Five reunited for benefit shows in 2015. 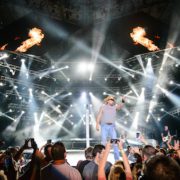 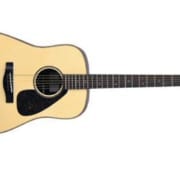