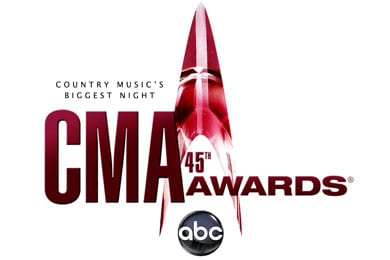 The Band Perry and Jake Owen will reveal some of the nominations live on ABC's "Good Morning America."

“Country Music’s Biggest Morning” will be Tues., Sept. 6, when the final nominees for “The 45th Annual CMA Awards” are announced from two cities.

The Band Perry and Jake Owen will announce the final nominees in five CMA Awards categories live from the Good Morning America studios in the heart of New York City’s Times Square on the ABC Television Network. The announcement will air in the 8:30 AM/ET half-hour segment of the morning news program. During the broadcast, Owen will also perform his current Top Five single “Barefoot Blue Jean Night.”

Later that morning, Jerrod Niemann and Thompson Square will announce the finalists in seven CMA Awards categories from Nashville at a press conference at the historic Ryman Auditorium.

The awards will be presented Nov. 9 on “Country Music’s Biggest Night.”