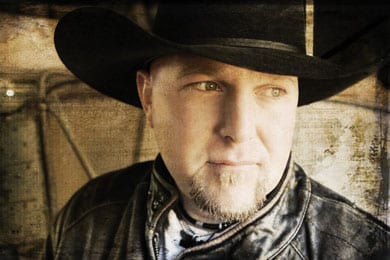 NuCorp Entertainment recently shipped the debut single from flagship artist Darren Warren to country radio. The rollicking, uptempo “Cowboy Up and Party Down” was written by Eddie Kilgallon and produced by Doug Grau. Darren’s self-titled EP is due in stores soon.
“It’s a dream come true for any artist to release a single but for me, it’s a dream come true to be able to release something that is so much a part of who I am,” says Darren. “‘Cowboy Up and Party Down’ is just me! It’s the way I talk and the life I love, and I feel so blessed to have the chance to share a little part of myself with the world.”
NuCorp was started by industry veteran Jeff Carver and businessman Joe McDaniel. Chuck Rhodes has been tapped to oversee the company’s promotion, marketing, and distribution efforts. Nine North/Turnpike will handle national promotion efforts and Regina Raleigh will conduct promotion to MusicRow and small market radio stations.
A native of the Paducah, Kentucky area, Darren’s Warren has one of the most unique stories in country music. At age 16, he was diagnosed with non-Hodgkin’s Lymphoma and spent the better part of the next three years receiving treatment at St. Jude’s Children’s Research Hospital in Memphis. He has now been in remission for over nine years. In keeping with his vow to raise awareness for the hospital and the care he received, Darren has called or visited over 80 radio stations hosting Country Cares for St. Jude Kids radiothons this year alone.
http://www.darrenwarren.com
http://www.facebook.com/DarrenWarrenFans
http://twitter.com/darrenwarren
Darren Warren – Cowboy Up and Party Down