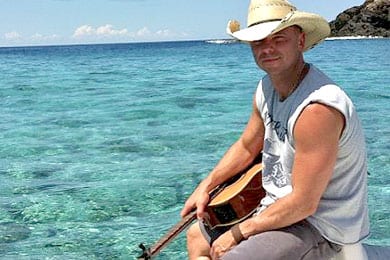 New York City concertgoers are proving they love country music. Kenny Chesney’s Goin’ Coastal Tour is breaking records with an upcoming date in the area, and Taylor Swift just wrapped a run of four sold-out shows.
Swift played Newark, NJ’s Prudential Center last week and sold a combined total of over 52,000 tickets.
Chesney and Zac Brown Band’s upcoming date at New Jersey’s New Meadowlands Stadium has sold 44,000 tickets and features guests Billy Currington and Uncle Kracker. The Aug. 13 concert is the single biggest ticketed country show in the area since Willie Nelson, Merle Haggard, Waylon Jennings and Linda Ronstadt played Giants Stadium in 1983. Chesney’s tour was recently ranked by Pollstar as the highest-grossing country tour of 2011 so far.
Chesney’s Aug. 13th show has already topped last year’s concert at New Meadowlands Stadium by The Eagles, Dixie Chicks and Keith Urban in sales.
“When I first heard we’d be playing at the Meadowlands, I was ecstatic,” Chesney said. “It has been a dream of mine for as long as I can remember and will be an unforgettable evening for everyone involved.”
The August performance is part of Chesney’s ‘Goin’ Coastal’ Tour, highlighted by The New York Times and USA Today atop their lists of the year’s biggest tours, and marks balladeer’s eighth consecutive tour selling more than a million tickets. 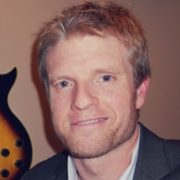 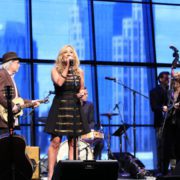