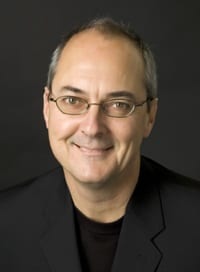 MusicRow has also learned that Tim Hunze, Sr. VP of BMG Rights Management has exited the company. Hunze headed the Nashville office of Stage Three Music, and was brought under the BMG Chrysalis umbrella when it acquired Stage Three.
Hunze can be reached at [email protected] and 615-414-1097.
•••••
Dale Bobo is exiting his role as Exec. VP of Chrysalis Music following the company’s merger with growing publishing giant BMG, which is now known as BMG Chrysalis.
Bobo first took office at Chrysalis in April 2010. With more than 25 years of experience, the publishing vet’s resume also includes a lengthy term as Sr. VP/GM of Warner/Chappell Nashville. He tells MusicRow, “I can honestly say I enjoyed every single day at Chrysalis. Working with amazing writers like Brett Beavers, Jeff Stevens, Jim McCormick, Victoria Banks, Shelley Skidmore and Danny Orton has been a dream come true. Being a part of an office with Abbe Nameche, Patricia Wittmer and Jersey Ross has been really fun and having the opportunity to work under Chrysalis President Kenny MacPherson has been awesome. For a publishing guy it doesn’t get much better than that.” Contact him at [email protected].
Corporate mergers often lead to consolidation of staff and positions. When Chrysalis acquired S1 Songs in April 2010 it led to the departure of S1 Sr. VP/GM Pat Finch, who was replaced by Bobo. Finch is currently representing hit songwriter Brett Jones’ Big Borassa publishing.
BMG has been on a buying spree for more than a year, and continues to acquire big-name catalogues and publishers. Nashville is feeling the trickle-down effect as staffs are consolidated. The local EverGreen Copyright office, which was purchased by BMG in 2010, recently experienced downsizing. BMG Chrysalis’ Music City operations are being run out of new offices at Cummins Station under the leadership of Executive VP Darrell Franklin.
Richard Blackstone is Chief Creative Officer of BMG Chrysalis US. Based in the US headquarters in New York City, he has strong ties to Nashville. He reports directly to CEO Hartwig Masuch.