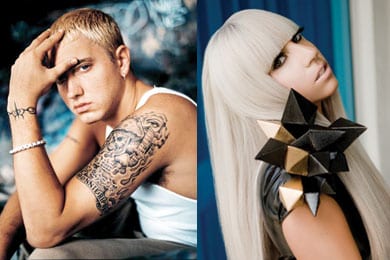 >>Eminem has become Facebook’s the most “Liked” living artist, passing Lady Gaga to amass a total of 28.88 million compared to the Ga’s 28.87 million. The Detroit rapper is currently averaging more than 500,000 likes a day which means he will soon pass Michael Jackson who has about 29.1 million. Could this renewed popularity have anything to do with Eminem’s recent auto ad where he championed his home city? Regardless, Lady Gaga still leads the rapper in terms of Twitter followers and YouTube plays.
>> MySpace.com has a For Sale sign outside its offices. News Corp. bought the social media site five years ago for $580 million. A profitable 3-year deal with Google, signed in 2006, is believed to have earned the site $800 million. News Corp. is reportedly looking to sell or possibly take on a new partner.
>>According to the Wall Street Journal, ABC and the Academy Awards have successfully renegotiated a deal to keep the movie awards on the network through 2020. The previous contract was set to run from 2005-2014. WSJ notes that “award shows and other big live events have seen their ratings grow following years of on-and-off decline.” Ad sales for the Oscar’s show set to air this Sunday (2/27) are expected to reach close to $80 million according to WSJ sources. The Country Music Association Awards, its new Christmas Special and the annual MusicFest special are also on ABC.
>> Apple Insider.com and Financial Times report that Apple is positioning its possible cloud strategy as a form of insurance. Apple sees the cloud business as possibly undermining its single song paid downloads on iTunes. Spotify, a cloud service that offers free streaming music with ads is trying to secure the necessary licenses to launch in the U.S., but is making slow progress. Also in the wings, hoping to make an entrance, is Google. However, U.S. labels are concerned about streaming business models and have been acting as a bottleneck by withholding licensing permissions. 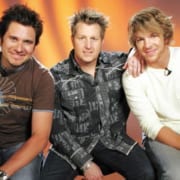