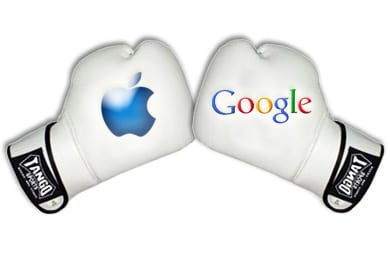 A few years ago iTunes looked like the music industry’s knight in shining armor. Unfortunately, today with the added inventory of apps, books, movies, TV shows and more, plus some new rules, stakeholders are beginning to feel the relationship is getting strained. Apple’s latest skirmish is with book and magazine publishers. They are unhappy with the Cupertino giant’s new plans to take a 30% cut of all digital publications sold on its iPad and iPhone devices. Porter Bibb, a consultant at Mediatech Capital Partners and the first publisher of Rolling Stone magazine told the LA Times, “You’ve seen what Apple did to the music industry —they decimated it. Apple owns the music industry now, and publishers are loath to have that happen to them.”
Adding to the rukus is Apple’s plan [press release here] to withold highly valued personal subscriber information from the publishers unless the buyer specifically opts to share the data. Apple also demands that all apps allow for in-app purchasing. On the plus side publishers can now sell subscriptions by the week, month, year or other period of time instead of hoping readers will buy each one separately. “We believe that this innovative subscription service will provide publishers with a brand new opportunity to expand digital access to their content onto the iPad, iPod touch and iPhone, delighting both new and existing subscribers,” Apple CEO Steve Jobs said in a statement.
If the art of negotiation is finding and applying leverage, then the weight of Apple’s 15 million iPads in the marketplace and over 160 million users with credit cards on file surely sits heavily of the back of the book industry.
Google has entered the discussion by offering a new payment system for digital content, charging publishers a more modest 10% fee and offering to share the consumer data with publishers. Tension has been building between Apple and Google for a considerable period now. They compete with mobile operating systems—Apple’s IOS and Google’s Android plus Google is rumored to be opening a music store soon.
Blogger Chris Holmes suggests the music industry fight back against Apple with what he calls the Privateer System which gives bloggers, pirates and fans an opportunity to “make money while spreading music. Bloggers that host an up-and-coming act would host their music and take a percentage of the sales. Fans too.”
Rhapsody CEO John Erwin called the idea of having to pay a 30% “Apple tax” on music subscriptions, “economically untenable.” Rdio CEO Drew Larner also voiced strong concern, “That fee is certainly untenable for us. It creates a situation where it’s not financially possible for us to be in the environment, that’s a loss for consumers and I don’t think that’s a good thing.”
But what about consumers? Ultimately, Apple has to be careful not to upset the value proposition that drives them to purchase its hardware. For example, if Pandora apps are no longer available for the iPad or Rdio or Kindle books how will consumers react? And book publishers also have to carefully consider if they want to ignore the power of the Apple technology train and its dedicated cadre of consumers.

Idol Judges Get Thumbs Up