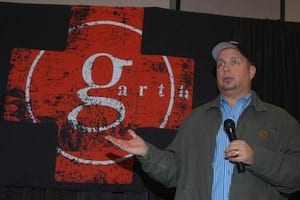 The 140,000 concertgoers turning out this week for Garth Brooks’ Nashville shows haven’t been disappointed. His infectious energy radiated through the sold-out Bridgestone Arena last night (12/19) as the headset-wearing hit machine ran through two hours of material. Dubbed Nashville 10: The Rescue Party, the series of shows benefiting flood relief has raised $5 million to date.

The crowd did the wave in anticipation of the superstar’s entrance, and fanatical screams filled the arena as a silver box rose up from below the stage and Brooks stepped out. “Rodeo” was a perfect opening number, given its line about “the roar of a Sunday crowd.”

Brooks’ monumental success is a combination of stage and song. He selects excellent material, executes it with perfection, and then offers a thrilling concert experience—a showcase for his extensive catalog. Last night he sang older hits like debut single “Much Too Young (To Feel This Damn Old),” and newer ones like the Chris LeDoux salute “Good Ride Cowboy.” All his songs were met with wild adoration from fans, especially his most well-known chart-toppers like “Shameless.”

Brooks took the stage with just his acoustic guitar for “Unanswered Prayers”—a set-up similar to his Las Vegas shows—and the audience sang lead for most of the song. They erupted after only the first four notes of “Friends In Low Places.”

Steve Wariner joined him onstage for “Longneck Bottle,” and Brooks’ lovely wife Trisha Yearwood appeared for the duet “In Another’s Eyes.” She stayed on to perform her hits “She’s In Love With the Boy” and the “Wrong Side Of Memphis.”

What wasn’t lovely was the price gouging going on downtown. Making a killing from benefit concertgoers were Central Parking ($20/car) and the arena ($10/beer).

Nonetheless, the spirit of giving prevailed, with volunteers collecting Toys For Tots at the show’s entrance. The event was also broadcast on the Armed Forces Network for troops worldwide.

The enthusiasm of Brooks and his fans can’t be stifled. It filled the venue with excitement, just like the confetti and streamers during the grand finale. 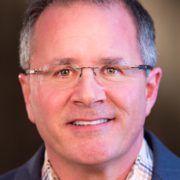 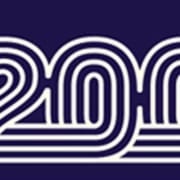 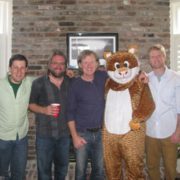 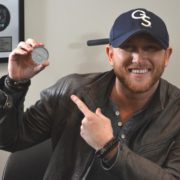 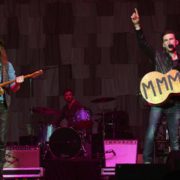 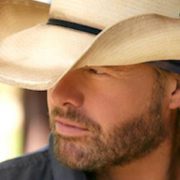 DISClaimer: All Eyes On Country
0 replies