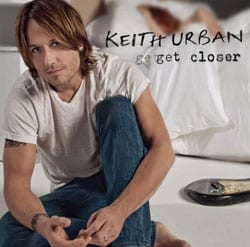 Keith Urban’s sixth album Get Closer hit stores yesterday (11/16) and to help promote it, the singer played surprise gigs at New York City’s Penn Station and Philadelphia’s 30th Street Station. The events were organized in conjunction with Amtrak, who transported Urban from New York to Philadelphia on one of its trains.

Urban played songs from Get Closer, including his current single “Put You In A Song” as well as a few bars of Elton John’s “Philadelphia Freedom” for the City of Brotherly Love. Pictures of the Philadelphia performance can be found at the Washington Post.

In other Urban news, he was scheduled for an appearance on The Today Show this morning (11/17), as well as CBS’ The Early Show tomorrow (11/18). He will also travel to Chicago to tape a performance for the Oprah Winfrey Show that will air later in November.