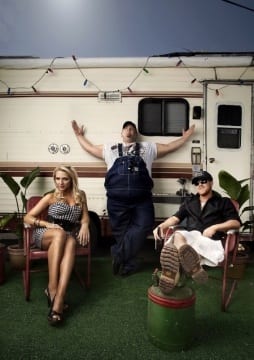 Members of Show Dog-Universal band Trailer Choir have tapped into their inner comedians and teamed with director John Ritchie to create a series of comedy vignettes for YouTube. The storyline follows the hijinks of an up-and-coming country band, and the oftentimes hilarious situations they find themselves in. The first two vignettes have already been posted, with a third coming next week. Meanwhile, the band continues its hard driving tour schedule and promoting its latest album and single, “Shakin’ That Tailgate.”

“Trailer Choir continues to cross-pollinate their unique blend of music, fun and funny into yet another platform that works for them, extending their reach yet again,” explains Show Dog – Universal Music’s George Nunes.

“There was a time when country artists also used to be the biggest television stars around, you know, like Buck Owens on Hee Haw and The Johnny Cash Show and Barbara Mandrell and The Mandrell Sisters,” says Ritchie. “Trailer Choir reminded me of the type of band that has that potential. Placing these videos on an outlet like YouTube is a great way to showcase something fun.”