Jason Meadows stopped by KWEY/Weatherford, OK to promote his new single, "You Ain't Never Been To Texas," from his forthcoming EP. (L-R): Meadows and KWEY PD Vanessa Valli.

SPIN ZONE
In an exciting chart day showdown, Blake Shelton’s “All About Tonight” manages the rare trick of ousting a newer single from the No. 1 position. Of course, it didn’t hurt Blake’s odds that his single picked up almost 200 spins in one chart cycle. The previous No. 1, “I’m In” by Keith Urban, slips to No. 2 despite a gain of 92 spins. Still, that song has only been charting for 10 weeks and could very well reclaim the top spot.

The speed of Keith Urban’s latest is echoed in other areas of the chart. Inside the top 10 are two eight-week-old singles—Lady Antebellum’s “Our Kind of Love” at No. 7, and Billy Currington’s “Pretty Good At Drinkin’ Beer” at No. 9. Through the 20s are Toby Keith’s “Trailerhood” only six weeks old, Justin Moore’s “How I Got To Be This Way” at eight weeks, The Band Perry’s “If I Die Young” at seven weeks, Darius Rucker’s “Come Back Song” at three, and Eric Church’s “Smoke A Little Smoke” at five.

Though we’re in the middle of summer Kenny Chesney’s “The Boys of Fall” made a huge impression on programmers, who spun it enough in its first reporting week to get a No. 49 debut and a gain of 565 spins. Reba’s latest, “Turn On The Radio” debuted a mere two spins behind Chesney at No. 50. Train’s Top 40 smash “Hey, Soul Sister” is still waiting to really catch fire, but the BigChampagne Internet Chart (link below) this week might give us a glimpse of things to come. On that chart, “Hey, Soul Sister” is currently hanging at No. 2, right behind Carrie Underwood’s “Undo It.”

RADIO NEWS
Congratulations to KITX/Hugo, OK PD Will Payne and wife Brandi on the birth of their son Hayes Burgess on Monday 7/12. Hayes weighed in at 8.86 pounds, and both baby and mother are doing well. Send congratulations to papa Will at [email protected] 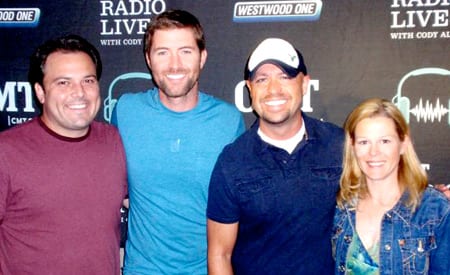 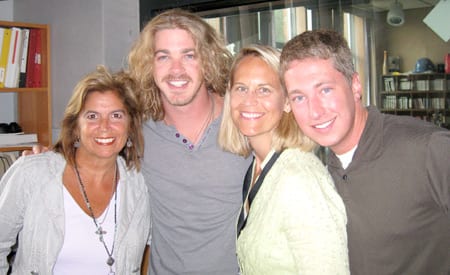