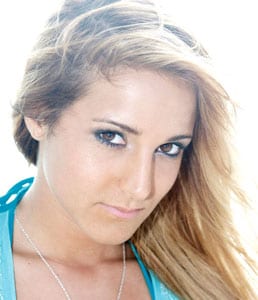 Veronica Ballestrini is returning to country radio with her latest single “Don’t Say,” which the young artist co-penned with producer Cliff Downs. The net savvy singer recently parlayed her Myspace popularity into an appearance on the Simon Fuller-created internet program If I Can Dream after a video of her performing “Bless The Broken Road” became one a favorite on the show’s social media page. The episode aired June 4 and is available on hulu.com.

A media darling, Ballestrini’s first single “Amazing” climbed up the charts in the fall of 2009. Since her initial introduction, she has made a big impression with music industry executives and peers who have applauded and supported her universally. She was the featured artist in the 2009 Digital Rodeo CMA Fest Contest, has one of the most visited artist pages on CMT.com and has endorsements with InTune Guitar Picks (InTuneGP) and Sennheiser.

With a dream and an Internet connection, the teenager from Waterford, Connecticut has raised eyebrows with her self-made success story. The staggering numbers on her social network sites are proof that Veronica has that special ability to connect with people.