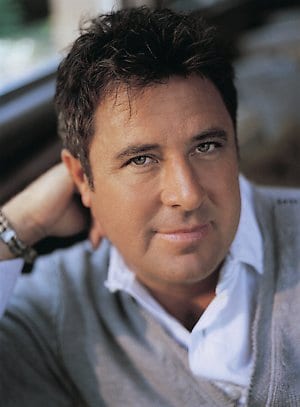 “The beauty of community is that in the worst of times you see the best of people,” said Vince Gill at the top of WSMV’s Flood Relief With Vince Gill & Friends telethon last night (5/6). And community in Nashville came out full force to support the effort, which raised $1.7 million to benefit Second Harvest Food Bank, The Salvation Army and the Red Cross. 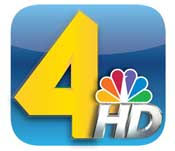 Tennessee Governor Phil Bredesen made an appearance to applaud the hugely successful local volunteer efforts as well as the swift federal response. But he reminded all not to forget the recovery process. “This is going to take a long time to come back,” said the Governor. “With these disasters, for a couple weeks it has the attention of people but for all the people who have been hurt there are months and in some cases years getting back to normal.” Gill started the donations off by pledging $100,000 from himself and Amy Grant. Other stars like Naomi Judd have even opened their homes to neighbors in need. Taylor Swift phoned in from Hendersonville to send her best wishes, and donated $500,000 to be spread across the three organizations. Nissan of America, with its big local presence in Franklin, was the largest corporate donor at $300,000.

Over on CNN, Anderson Cooper was in town with his AC360 crew and marveled at the community already helping Nashville back to its feet. He lamented the lack of national news coverage at the week’s start, admitting, “We should have been here. But I feel privileged to be here and witness how this city is rising.”

Brad Paisley joined Cooper for a conversation about losses dealt to the music community, noting that he—like many others—lost gear when SoundCheck flooded. Paisley also revealed that he had a phone call from President Obama reminding him that FEMA would be there, and to encourage those in need to get in touch. “I personally want to see the media doing exactly what youre doing, which is spreading the word,” said Paisley.

Earlier in the day, Cooper taped an interview with Tim McGraw and Faith Hill as they surveyed citywide damage. “I think you can be lulled into a sense of, ‘It’s really not that bad,’” said McGraw, “because you can be in one area and everything’s fine. All the stores are open, people are going about their business, kids are in school. But then you can go a couple streets over and there’s total devastation and it’s like that all over the city and communities outside the city.”

Cooper’s show was broadcast live from a neighborhood in Bellevue just starting to dig out from the mess. “Homes are still standing, but inside they’re completely destroyed,” he noted. “But the story here is one of a city rising, not a city on its knees. I’ve never seen an effort by so many volunteers so quickly in the wake of a disaster. It’s really a testament to the strength of the city and the strength of its people. They call it The Volunteer State, and they have shown the world why they deserve that name.” “See videos from Cooper’s show at http://ac360.blogs.cnn.com/blog/”

On WSMV, Nashville Mayor Karl Dean summed up the city’s ongoing struggle and the vibrant spirit with which it will be overcome. “We have a lot of work to do to clean the city up and move forward but we’ll get it done,” said Dean. “I’ve seen volunteers everywhere. I’ve seen people helping strangers, and the spirit of this city is so great that I feel really optimisitic about our future. The Hall of Fame is opening tomorrow, the CMA Music Fest is going to happen in June, the honky tonks are open. This city will recover and it will recover strong. This city is open. People who are scheduled to visit this city need to come. People who haven’t scheduled it yet, they need to make reservations and show up.”

To which MusicRow says amen, and bring it on.