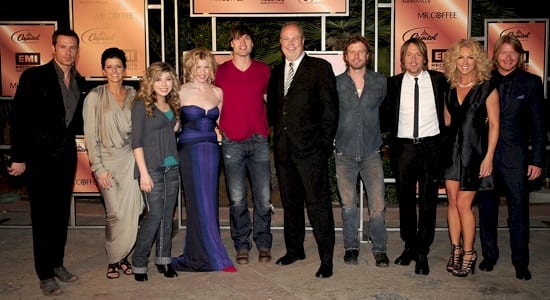 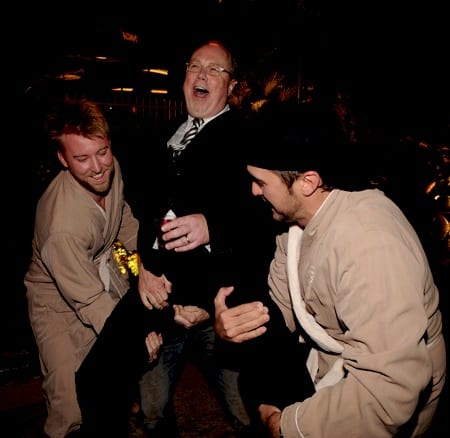 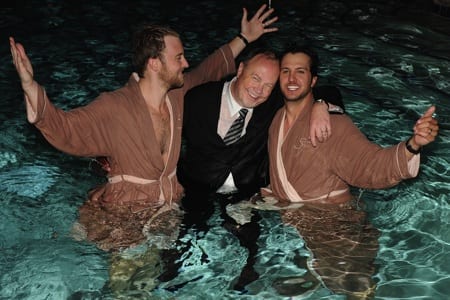 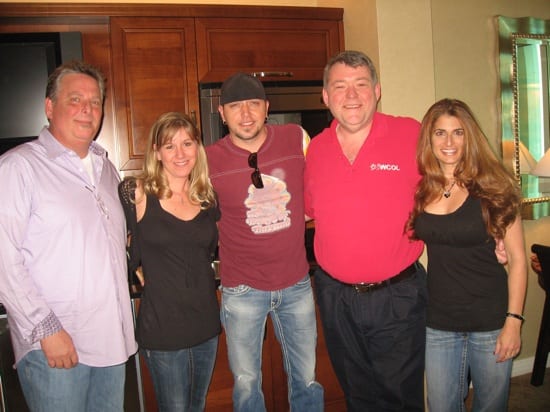 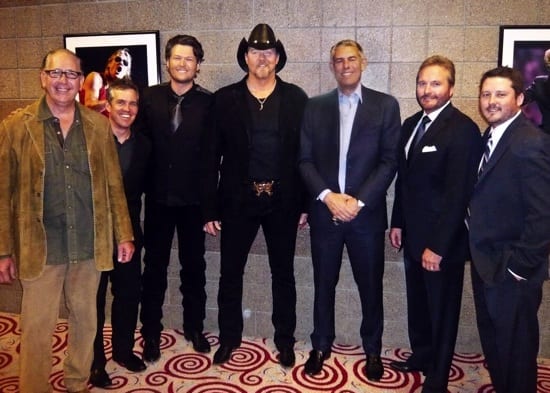 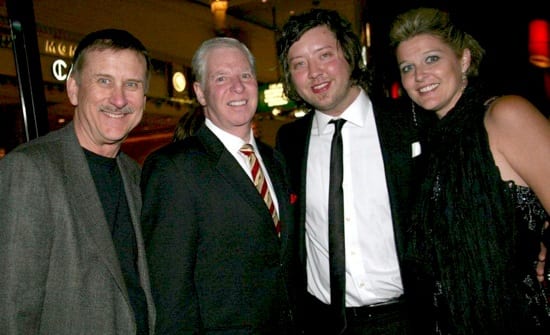 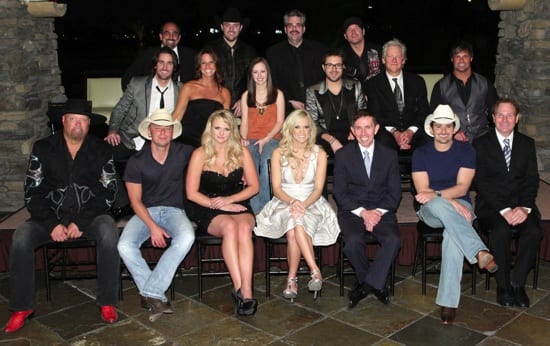 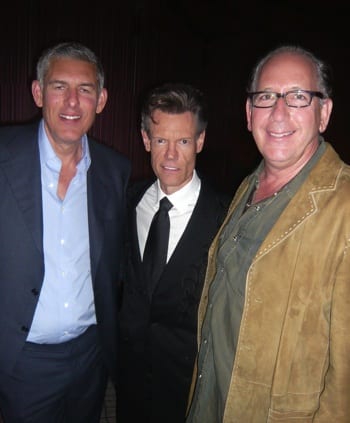 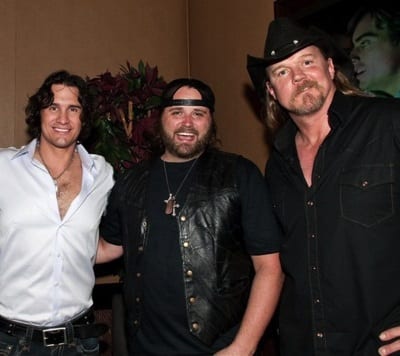 Country music fans jammed into Toby Keith's I Love this Bar & Grill at Harrah's over the weekend as Randy Houser & Friends hosted the "I Love This 'Open' Bar Blowout," a special night of music that streamed live on CMT.com. Toby Keith, Trace Adkins, Joe Nichols, and Trailer Choir were among the country stars in attendance. (l-r): Joe Nichols, Randy Houser, and Trace Adkins. Photo: Tom Donoghue