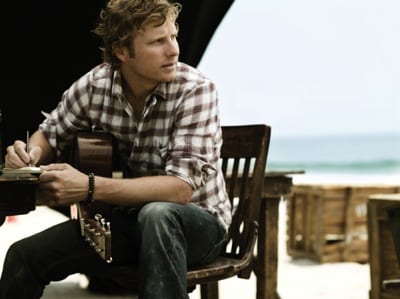 Dierks Bentley will debut music from his upcoming bluegrass/roots album at dates across the country this spring. His Up On The Ridge Tour opens in Portland, OR on April 21 and will make more than 24 stops before the end of May. He is set for a hometown show on May 22 at Nashville’s Ryman Auditorium.

Tickets for the Ryman show go on sale April 2, other dates on sale Fri., March 19. Visit www.dierks.com for pre-sale info and for details on the upcoming album.