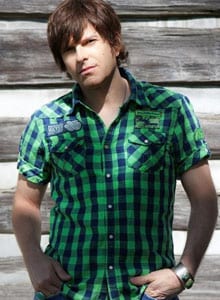 “Been There, Drunk That”

Full of laughs and highly entertaining. The lyric is wildly clever, and the track rocks splendidly. “Set ‘em all up—put ‘em on the table I can tell you what it is without looking at the label.” Woo-hoo. Larry Franklin’ fiddle sizzles, and Jeff King’s guitar is frothing.
—Robert K. Oermann, MusicRow

Brady Seals’ “Been There, Drunk That” is currently impacting country radio, and is already earning praise from critics. More than 20 years after he rise to the heights of country music fame as the long-haired Little Texas heartthrob on keys, Seals continues to thrive on the edge of the genre, easing effortlessly into the role of the slightly subversive renegade. His latest solo effort, Play Time, is a no-holds-barred celebration of “long-legged, half-wasted” party girls, dance club debauchery, and illicit smoke breaks. “There’s no question of this being a really adult record,” Seals says. “It gets raunchy and raw. But I’ve always wanted to make music that affects people. Love it, hate it. But you can’t ignore it.”

Seals had planned to independently release Play Time online when StarCity Recording Company entered the picture. An industry friend had passed the album advance to StarCity head Jeff Glixman, best known as producer of 1970’s progressive rock band Kansas, among others. The StarCity team promised Seals a level of creative control that he’d never before experienced with a label. “I was thrilled,” Seals explains, “to hear from this boutique indie label that wanted to release my album exactly as I had hoped to on my own…only with more money to put behind it.”

Seals has successfully managed to reinvent himself throughout his career, while always remaining true to his musical roots in rock-tinged country. At 16, Seals left his home in Ohio as a touring musician, and by 21 had scored three No. 1 hits with Little Texas—all of which he’d co-written, winning him the ASCAP Triple Play award. He went on to release three solo albums in the late ‘90s before forming and fronting the quartet of player’s players known as Hot Apple Pie, with whom he scored a top 20 hit (“Hillbillies”) and opened for such superstars as Keith Urban and Tim McGraw.