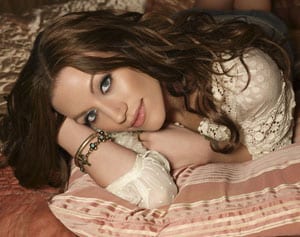 Warner Music Nashville is releasing Jessica Harp’s empowering new single “A Woman Needs” to country radio, and it goes for adds January 19. To coincide with the release, Harp is offering three “making of the video” webisodes and the exclusive premiere of the song’s video on AOL’s The Boot. The webisodes will be part of a contest where fans will obtain a code to enter a page at www.jessicaharp.com/awomanneeds and the winner will win a weekend getaway to Nashville and a meeting with Harp. “A Woman Needs” parts 1 and 2 are posted Theboot.com and Part 3 will be available Friday, Jan. 22. The full video will post on Monday, Jan. 25. A winner for the contest will be announced on Thursday, Feb. 4 at www.jessicaharp.com.

In June 2004, Harp set out for Nashville to finalize a solo recording contract as a country artist. Fate intervened along the way when her best friend (pop star Michelle Branch) called and asked her to form a country/pop duo, which the girls dubbed The Wreckers. A No. 1 country single, a gold album, a Grammy-Award nomination, and high-profile tours with Rascal Flatts and Keith Urban followed, but Harp could never shake the feeling of wanting to show the world what she could do on her own.

Now she has that chance with the upcoming release of her major-label solo debut A Woman Needs — a breezy modern-country collection that finds the honey-voiced Harp telling appealingly relatable stories about her life, loves, and heartbreaks. “Country music is about real people and real things, and that always spoke to me not only as a music fan, but as a singer-songwriter,” Harp says. “I like to tell stories with my songs. This is the album I have dreamed of making since I was eight years old and singing along to my mom’s Judds and Reba McEntire records.”

“In a way, it’s like going back to square one after being in a successful band,” she continues, “but at the same time, it makes everything that I’ve done on my own feel that much stronger because I know I have stood on my own two feet and, against all odds, proven myself all over again.”