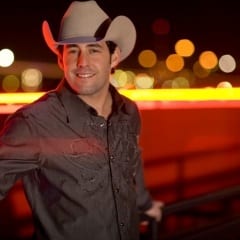 With nine albums under his belt, Texas musician Aaron Watson has joined forces with several notables around Nashville. Watson and Unrest Music Group have teamed with David Haley at Edgehill Music and Media, Larry Pareigis and Tom Moran of Nine North Records, Nancy Tunick’s Grassroots Promotion, and Jules Wortman’s Wortman Works Media & Marketing. It was over a year ago that Watson signed with Paradigm for booking, and Sony RED handles his distribution.

The Abilene native just released the CD/DVD set Deep In The Heart Of Texas: Aaron Watson LIVE, which led to his third consecutive appearance on the Billboard Country Charts. He is writing, recording and self-producing his next project, due out this spring. Lead single, “The Road,” is already at radio.