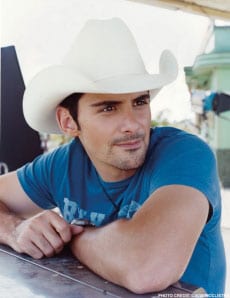 rad Paisley just completed the west coast run of his American Saturday Night tour by selling over 100,000 tickets for shows in Bakersfield, San Francisco, Sacramento, Phoenix, San Diego and Irvine. He will take this week off from touring before heading to Florida for shows in Jacksonville, Tampa, and West Palm Beach, then it’s off to New York City for his Madison Square Garden show on Oct. 21. Paisley’s current single “Welcome to the Future” is No. 3 on MusicRow’s Country Breakout Chart.

————————
U2’s 360 Tour continues its spectacular run with sales over the weekend surpassing 180,000 tickets in three cities—Horsens, Denmark; Vienna, Austria; and Helsinki, Finland. The tour has grossed over $187 million on the European leg, and is expected to break even sometime by the end of the year, manager Paul McGuiness told Billboard. The outing costs $750,000 per day, whether or not there’s a show.

The North American leg is expected to bring in $112 million (Billboard Boxscore). When U2 played the Giants Stadium in East Rutherford, N.J. on Sept. 24 it drew a record-setting 84,472 fans, and the two-night stand grossed $16.1 million. When U2 hits the Rose Bowl on Oct. 25, it will also be that venue’s largest ever attendance for a concert, with 96,000 fans expected.

Gary Allan will soon embark on his Get Off On The Pain tour, sponsored by House of Blues. He is supporting his new single, “Today,” which is already climbing the charts, as well as more music from his upcoming album.

Blackberry Smoke will support Lynyrd Skynyrd for seven shows this month with stops in Florida, Georgia, South Carolina, and New Jersey. The tour coincides with the release of Blackberry Smoke’s new album, Little Piece Of Dixie, on BamaJam Records, which is a newly formed imprint of producer James Stroud’s Stroudavarious Records. BamaJam and Stroudavarious Records are distributed by Sony Music’s RED Distribution. The project was produced by Dann Huff and Justin Niebank. Blackberry Smoke will make its first trip to Europe in December before joining Lynyrd Skynyrd’s annual Simple Man cruise, January 21-25.

Recent IBMA winner Steve Martin is on his fall tour, which included a visit to The Late Show with David Letterman last night (10/5)—where he really chatted up Nashville—and The View today. He is on the road with bluegrass band Steep Canyon Rangers in support of his album The Crow: New Songs For the 5 String Banjo (Rounder). It was No. 1 for 12 straight weeks on the Billboard Bluegrass Albums chart. The tour hits the Ryman on Oct. 11.

Tracy Lawrence performed for American troops stationed at Guantanamo Bay, Cuba over the weekend as a detour from his fall tour across the U.S.

Colt Ford will be joining the Larry The Cable Guy Tour this fall, with dates starting Nov. 12 in State College, Pennsylvania and scheduled through Dec. 12 in Las Vegas. Leading up to the tour and throughout, Ford will be keeping fans up-to-date from the road with his own iPhone/iTouch app. He is touring in support of his debut album, Ride Through The Country.