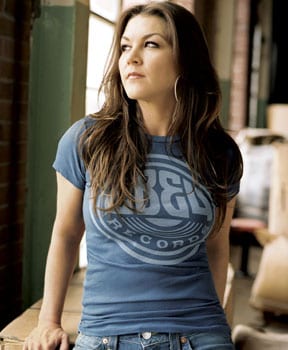 Gretchen Wilson has announced her own Redneck Records, with distribution, staff and other team members already in place. A new single is coming next week and will be followed by an album early next year. Operating from Studio 27 in Lebanon, Tenn. Wilson will act as President, overseeing label operations with the support of her team at Morris Artist Management.

Redneck Records has inked with RED Distribution, a division of Sony Music Entertainment. Bob Mitchell is on board as strategic consultant for radio promotions and is set to relocate to Nashville. His diverse background in the music business includes 15 years in record promotion for Sony Music, DreamWorks and the Smith Music Group, as well as experience in radio, and as a talent buyer for Billy Bob’s and Six Flags. His new contact info is: (615) 720-7467, [email protected]

Radio promotion efforts will also be spearheaded by CO5 Nashville, led by VP Promotion Denise Roberts. One of the company’s most recent successes is taking Kid Rock’s “All Summer Long” hit to Top 3 on the national country charts.

Publicity for Redneck Records and Wilson will be managed by Craig Campbell’s Campbell Entertainment Group. He was Gretchen’s first publicist when she signed with Epic Records. Music video marketing and promotion will be handled by AristoMedia’s AristoVideo division.

The first release on the label will be Wilson’s “Work Hard, Play Harder.” Written by Wilson, and longtime collaborators John Rich and Vicky McGehee, the single will impact radio on Oct. 26 and will go out via Play MPE on Monday (10/5). The music video will begin airing mid-October and can be viewed here. Her I Got Your Country Right Here album will hit stores in early 2010.

“My management and I looked at a lot of different options over the last couple of months, and starting Redneck Records made the most sense to continue the relationships I’ve built with radio, retail and the fans,” said Gretchen. “This is a really exciting time in my life, and I’m looking forward to everyone hearing my new music.”

Day-to-day activities for Grammy winner Wilson are overseen by manager Marc Oswald at Morris Artist Management, which is a division of Front Line Management with principals including Dale Morris, Irving Azoff and Howard Kaufman. The company provides representation services for artists such as Aerosmith, Alabama, Big & Rich, Jimmy Buffett, Kenny Chesney, The Eagles and others. Gretchen’s personal appearances are booked by William Morris Endeavor Entertainment with Greg Oswald as the responsible agent.

Wilson exploded onto the country music scene in 2004 with her smash hit “Redneck Woman” and has since scored three No. 1 albums with Here For The Party, All Jacked Up, and One Of The Boys. Her first book, the autobiographical Redneck Woman: Stories from My Life, landed on the prestigious New York Times Best Seller List. She has won Female Vocalist of the Year from the Country Music Association and the Academy of Country Music, two awards each from the American Music Awards and Billboard Music awards, and a Grammy Award for Best Female Country Vocal Performance.