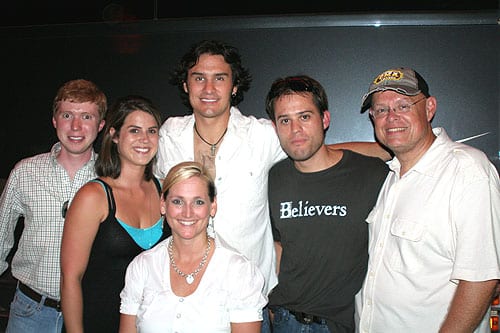 Chris Young released his sophomore album, The Man I Want to Be, on Tuesday (9/1), with lead single “Gettin’ You Home (The Black Dress Song)” already a radio hit. It’s Young’s first album since his self-titled 2006 release earned him the highest selling album debut by a new country male that year. With veteran producer James Stroud at the helm, The Man I Want to Be, includes a duet with Willie Nelson on the Waylon Jennings classic “Rose in Paradise.” Other highlights are the title track penned by Brett James and Tim Nichols, a take on the Brook Benton hit “Rainy Night in Georgia,” and three songs Young co-wrote, one of which is “Gettin’ You Home.” The RCA Nashville artist almost didn’t make it home from Seattle to celebrate and perform on release day, but when his flight was delayed the label sent a plane and got him to his hometown of Murfreesboro, TN for a WSIX supported performance and autograph signing at the Walmart Supercenter.

On Sept. 29 Atlanta based Southern rockers Blackberry Smoke will release their album Little Piece of Dixie through BamaJam Records, a new imprint of Stroudavarious Records. Blackberry Smoke is comprised of brothers, Richard (bass/vocals) and Brit Turner (drums), with Paul Jackson and Charlie Starr on guitar and vocals. The album, which was recorded with hit producer Dann Huff and engineer Justin Niebank.

On Sept. 1 BLEVE Records released its debut single, “My First Ride,” by Ronnie Milsap. The track also features Capitol Nashville recording artist Trace Adkins and is available for download at major outlets. “My First Ride” is the first single and title of the multi-artist compilation CD (available Nov. 1) that will benefit the Fraternal Order of Police (FOP) and the International Association of Firefighters (IAFF) emergency relief funds.
———————————— 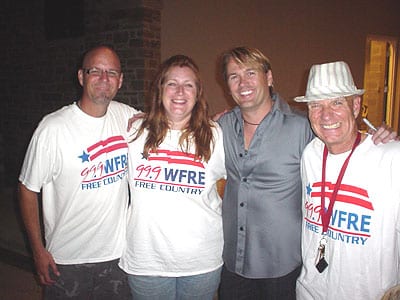 Terri Clark’s first new music in five years, an album called The Long Way Home, was released in Canada this week. It topped iTunes’ Country chart the first day. Single “Gypsy Boots” is gaining momentum at country radio each week. The project, recorded over three days at Sound Emporium, will be in American stores on Oct. 1. Clark is nominated for Female Vocalist of the Year at the upcoming Canadian Country Music Awards on Sept. 13.

Broken Bow/Holeshot Records artist Krista Marie unveiled a new Web site and single, “Tomboy,” this week. In addition to news and tour information, the site includes a media section where fans can listen to new music, view photos, and read the blog.

Black River Music Group’s Emma Jacob will host a live chat on Sunday, Sept. 6 at 7 PM CST. She just released new single “Julianna.” To submit questions for the chat, send them to [email protected] To log onto the chat, go to http://www.ustream.tv/channel/emma-jacob

Derek Webb, formerly of hit CCM group Caedmon’s Call, released Stockholm Syndrome this week and is supporting it with a 20-date tour and a DVD documentary of the project. He co-produced the album with former bandmate Josh Moore.
————————————

Other new singles are from Kevin Fowler (“Beer Season”), exclusively through AirPlay Direct,
and The New Relics (“Beautiful”) out on Blues Alley / Spinville.