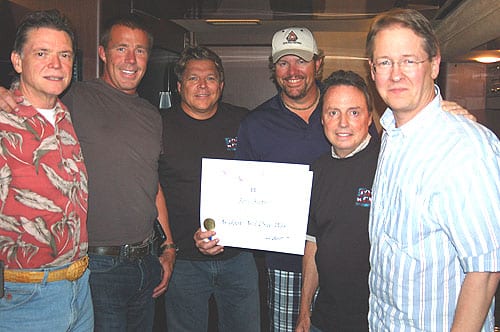 Toby Keith is spending the summer on his America’s Toughest Tour and has released an animated music video. BMI’s David Preston and Jody Williams recently traveled through severe weather conditions to join Keith at his Memphis stop. There they presented him with two awards, one as a publisher and one as a writer, for his hit song “As Good As I Once Was” surpassing the two million broadcast mark.

His current single, “American Ride” from his upcoming album of the same name, is one of the fastest rising songs of his career. Keith is premiering the animated music video exclusively on www.cmt.com. The politically-charged video will make its world television debut on CMT tomorrow, Friday, August 14, beginning at 6 a.m. ET/PT, and will air every hour on the hour during CMT’s music video hours throughout the weekend. “I’m a ‘right-wrong guy’ not a ‘right-left guy’ and this video shows that,” Keith says of the Michael Salamon directed video. “We took our shots at everyone.” 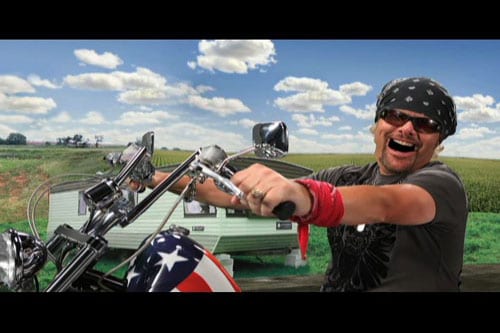