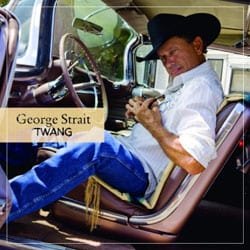 As reported in this morning’s @MusicRow sales analysis article, George Strait’s new release is the top selling album in the U.S. this week. Twang debuted at No. 1 today on The Billboard 200 and the Top Country Albums chart selling over 155,000 units. This is the fourth time in Strait’s career that a new release has debuted at No. 1 on the Billboard 200 chart and the 13th time debuting at No. 1 on the Top Country Albums chart.

King George co-wrote three songs on the MCA Nashville album, including the debut single, “Living for the Night.” His son Bubba also scored some writing credits. To view a rare on-camera interview with Strait, click here. 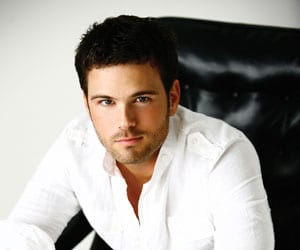 The CMA Songwriters Series hits New York City once again as Joe’s Pub welcomes an evening with some of Nashville’s finest songwriters on Wednesday, September 9 (6:30 and 9:30 PM/ET). It will be hosted by renowned tunesmith Bob DiPiero (“Blue Clear Sky,” “Can’t Take the Honky Tonk Out of the Girl”), and other participating songwriters include Chuck Wicks (“Stealing Cinderella,” “All I Ever Wanted”), Marv Green (“Amazed,” “Wasted,” “It Just Comes Natural”), and Ashley Gorley (“All American Girl,” “Don’t Forget to Remember Me,” “You’re Gonna Miss This”). Tickets are $25 each. For information about Joe’s Pub or to order tickets, visit www.joespub.com.

Redmond Promotional Services has already secured three clients. It will specialize in tracking and analyzing information about song activity at radio, including chart numbers, adds, stations spins, syndication and frozen playlists. It will strive to deliver that information in an easy to understand package.