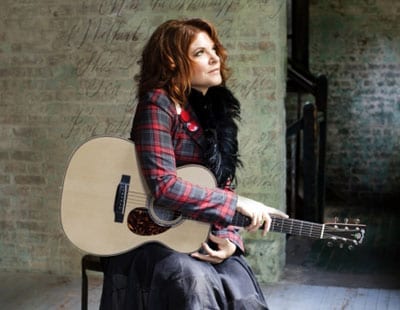 Rosanne Cash will be the subject of the Americana Music Association’s Festival and Conference 2009 Keynote Interview. The interview, conducted by author/journalist Michael Streissguth who recently wrote a book about the artist, will take place Thursday, September 17 from 10:45 until noon at the Nashville Convention Center.

Cash has built an acclaimed career over 30 years of inspired music making. The Grammy Award-winner is embracing her roots with The List, a collection of cover songs culled from more than 100 classics she was encouraged to explore by her legendary father, Johnny Cash, when she was 18 years old. A handful of special guests, including Bruce Springsteen, Elvis Costello, Jeff Tweedy and Rufus Wainwright join her on the record, which will be released on Manhattan Records October 6.

Interviewer Michael Streissguth’s latest book, Always Been There: Rosanne Cash, The List and the Spirit of Southern Music (DaCapo Press), chronicles the making of The List, providing readers with an intimate look behind the scenes of the album’s creation through in-depth interviews with Cash and husband/producer John Leventhal in the studio, at home and on tour.

The 10th Annual Americana Festival and Conference runs Sept. 16-19 will offer seminars, panels and networking opportunities at the Nashville Convention Center by day, while the evenings bring nearly 100 stacked Americana music showcases to five venues. The capstone is the Honors & Awards Show, Thursday September 17th at the legendary Ryman Auditorium. For details on how to attend visit Americana.org.