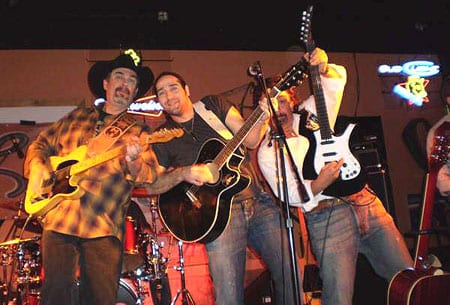 Columbia Nashville artist Josh Thompson released his debut single, “Beer On The Table,” yesterday (8/4) via digital outlets. He has been on a radio tour and recently wrapped up a week in the southwest with a visit to Colorado Springs. During the stop, Thompson made a surprise appearance on stage with KATC PD Jim West’s band Latigo. The impact of the new song was obvious when the crowd went wild during his performance of “Beer On The Table.”

Katie Armiger has teamed up with CiCi’s Pizza for their Ultimate Pizza Party Blowout at 650 restaurants nationwide on Sat., Aug. 8. The anticipated 650,000 diners will receive a coupon book with over $100 in savings from major retailers and a discount to download her album Believe (Cold River Records). She has released her latest single, “Gone,” to radio. The ballad is one of the first songs that Katie wrote both lyrically and musically on her own, and has been winning her fans on the road during her first national tour on the Simon dTour – Country Music Tour sponsored by Great American Country, Simon Property Group, Inc., and F.Y.E.

Show Dog Nashville sister trio Carter’s Chord performed the national anthem this past Saturday, Aug. 1 at Atlanta’s Turner Field as the Atlanta Braves host the Los Angeles Dodgers. The game was nationally-televised on FOX. Becky, Emily and Joanna Robertson released their debut album last year on Show Dog and have recently been in the studio working on new material with producer, label proprietor and superstar Toby Keith. 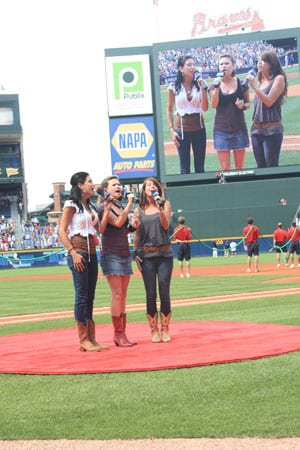