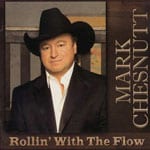 Share and share alike. We’re giving out two Disc of the Day awards today. One is for traditional country excellence. And that, hands down, belongs to a masterful honky-tonk stylist, Mark Chesnutt. Long may he sing.  The second goes to a modern, rocking-country disc maker. That would be Jack Ingram, who has the first summertime sound this year. Keith Urban is similarly sunny, but we have come to expect that from him.

I was all set to honor Daniel Smith with a DisCovery Award, until I found out that he has appeared in this column before. I liked him then and I like him now. And extra 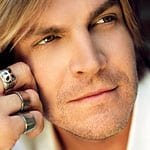 kudos for cutting such a well-written song.

Today, by the way, is officially the first day of spring. Celebrate.

MARK CHESNUTT/She Never Got Me Over You
Writer: Keith Whitley/Dean Dillon/Hank Cochran; Producer: Jimmy Ritchey; Publisher: none listed; Lofton Creek/Big 7 (track) (www.loftoncreekrecords.com)
—This is said to be the last thing that Keith Whitley ever recorded. In my opinion there is only one country singer alive who can stand toe to toe with Keith, and it’s this man. The song is a stone-country masterpiece. The production is fiddle-and-steel flawless. Mark’s performance is three minutes of hillbilly heaven. The next time somebody asks you what country music is, play them this.

KEITH URBAN/Kiss A Girl
Writer: Monty Powell/Keith Urban; Producer: Dann Huff & Keith Urban; Publisher: Universal Tunes/Songs of Universal/Eden Valley/Mary Rose/Third Tier, SESAC/BMI; Capitol Nashville
—The sound of sunshine. I’ll bet there are plenty of lady listeners out there who’d be more than willing to take this guy up on his invitation.

TRACY LAWRENCE/Up To Him
Writer: David Kent/Tim Johnson; Producer: none listed; Publisher: Finch Valley/State One Copyrights America/The Bigger They Are/Cherry Lane, BMI/SESAC; Rocky Comfort/9 North  (www.tracylawrence.com)
—The multiple rhymes are just about brilliant. Tracy, as usual, delivers the goods as a vocalist on this common-man’s anthem.

DANIEL SMITH/Man Like Me
Writer: Charles Moore/Bobby Pinson/Kris Bergsnes; Producer: Larry Sheridan; Publisher: Tunes From the Farm/Music of Stage Three/Warner Chappell, no performance rights listed; Parlor (CDX) (615-385-4943)
—His vocal range is impressive and the complex, involving lyric is even more so. This is his second good review. Who is this guy?

SHOOTER JENNINGS/Living Proof
Writer: Hank Williams Jr.; Producer: none listed; Publisher: none listed; Universal South (track)
—Shooter’s Bad Magick: The Best of Shooter Jennings & The .357’s drops on Tuesday. It features 13 fan favorites and two new tracks. One of them is this Hank Jr. classic about trying to live up to a legendary father. Can Shooter relate? You bet your life.