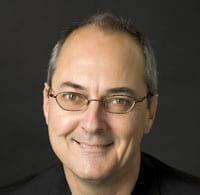 As the House Judiciary prepares to vote this week on the Performance Rights Act, longtime Nashville music executive Dale Bobo, who spent many years at Warner Chappell Music Publishing, has weighed in with an editorial for Hits magazine supporting the idea that terrestrial radio pay to artists, musicians, and master rights holders a performance royalty similar to that which is paid by terrestrial radio to songwriters and publishers. Bobo’s essay makes a clear and strong case and is an informative read for anyone interested in this hotly contested issue. Bobo also reveals that he once worked as a radio disc jockey. Who knew? You can read Bobo’s editorial here. 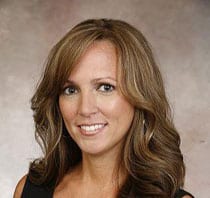 Keith Gale, Vice President, National Promotion, for RCA Records Nashville has announced that Elizabeth Sledge is the new Manager, Regional Promotion for RCA Nashville. Based in Nashville, Sledge is on board immediately, working the territory previously helmed by Norbert Nix, who was promoted in April to National Director. Most recently Mid-Atlantic Regional Manager for Montage Music Group, Sledge is a 10-year industry veteran who is returning to the Sony Music Nashville family after beginning her radio promotion career with the Columbia Nashville imprint in 2002. Her e-mail will be active shortly at [email protected] For now, Sledge can be reached at 615-301-4465 or toll-free at 800-463-0579. 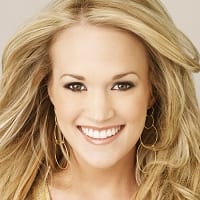 Arista artist Carrie Underwood has already sold more than 10 million albums with her first two releases, and now the singer scores another 10, with her current single, “I Told You So,” becoming her tenth single to top a key sales or airplay chart. The accomplishment distinguishes the four-time Grammy winner as the first country artist in history ever to achieve 10 No. 1 singles on the strength of their first two albums. This week’s No. 1 is the fifth consecutive chart-topper from Underwood’s Carnival Ride album, which includes “Just a Dream” and three hits the singer co-wrote: “So Small,” “All-American Girl,” and “Last Name.” The recently crowned ACM Entertainer of the Year has also taken a former #1 song to the top of the country charts a second time – 21 years after Randy Travis took “I Told You So” to the top. She becomes the first country artist to return a song to #1 since Alan Jackson took Don Williams’ “It Must Be Love” back to the top nearly nine years ago. “I Told You So” is also available as a digital single in a duet version featuring Travis. 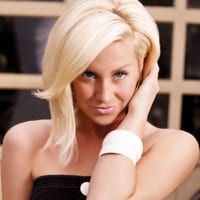 For the first time, CMT will be interrupting its regularly scheduled programming to present the 2009 CMT Music Awards Nominee Special on Tuesday, May 19 at 9:00 – 9:30 AM/CT. The 30-minute special, hosted by 2008 USA Weekend Breakthrough Video of the Year winner Kellie Pickler and CMT’s Lance Smith, will feature the music and videos of country music’s elite as decided by fan voting.

The special will simulcast on cmt.com and a version will be available on CMT Mobile. Fan voting began on April 13 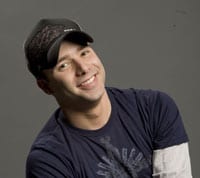 and continues through May 11, only at CMT.com. On Tuesday, May 19, CMT will announce the four finalists in each of the categories, with the exception of Video of the Year. Fans can then vote online at CMT.com through June 15 to determine the winners. The final nominees for Video of the Year will be announced at the beginning of the live show and fans can vote at CMT.com and via text on their Verizon Wireless phones throughout the live broadcast (ET/CT only) to determine the night’s big winner. 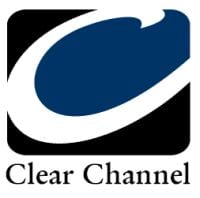 Clear Channel has followed up its layoffs from last January with another round of cuts, eliminating 590 more jobs, many of them in the areas of programming, IT, engineering, and back-office, though a number of on-air positions were eliminated as well. When combined with the approximately 1,850 people who lost their jobs in January, it brings the total to about 2,400, or around 12 percent of the company’s workforce. Additionally, Clear Channel has suspended 401(k) matching for now, but it may be restored retroactively if the company’s projected budget goals are met.

Today’s layoffs hit country radio hard, with on-air positions being eliminated from coast to coast at many mainstream stations. While January’s layoffs focused mainly on sales, this round focused on programming, a result of local PD decisions to replace under-performing dayparts with syndication, voicetracking and/or offerings from the company’s Premium Choice program.

The sad news is bound to have a strong effect on the operation of the network and perhaps raises more questions than it answers. Unofficial reports are that many of the remaining programmers will be responsible for music in a variety of markets, many of which are monitored and report to MediaBase. Mainstream country music singles charts are sure to reflect the extent to which these music programmers are able to create independent local stations—or not. In fact, were a number of reporting stations to adopt a syndicated approach it could seriously compromise the usefulness of the current chart spin data.

Clear Channel Communications went private last July after being purchased by THL Partners and Bain Capitol. In the process, the company’s debt load greatly increased. Last week CCC released a preliminary filing stating that its first quarter revenue had fallen 23% to $1.2 billion while at the same time its debt increased trifold to $21 billion. Complete results are scheduled to be unveiled on May 11.

In the meantime, Moody’s Investors Service cut its ratings for Clear Channel Communications by four levels, saying there was an increasingly high probability that CCC would breach its debt covenants. According to the New York Times, Regulatory filings earlier this week (4/20) show that CCC hopes “to exchange two classes of bonds which mature in 2016 by midnight on May 18. Through the exchange, investors would receive new bonds of the same value but they would be senior to existing and future notes.”

Unlike the original bonds, the newly offered version, registered under the Securities Act, could be sold and/or transferred. The bonds to be exchanged total $2.3 billion.

YTD Clear Channel Communications has reduced its work force by about 9%, eliminating 1,850 jobs.

Music industry veteran David Haley has announced the debut of Edgehill Music and Media. Haley is well known for his long tenure at MCA Nashville, where he was an integral part of the team that was named “Label of the Decade” in the 1990’s. At Edgehill Music and Media, Haley will offer “a quicker avenue to the audience and the consumer than the existing label model by combining traditional airplay promotion and the new social media outlets.”

“Having spent the last three and a half years working for an independent label, I’m well aware of the need for a service like we’re offering with Edgehill Music and Media,” Haley said. “This non-traditional approach to promotion can now be a more cost effective option for a wide array of labels and independent artists alike.”

Country Radio Broadcasters, Inc.® President Becky Brenner has appointed three new executives to the CRB Board of Directors, two from the radio industry and one from the music industry. Following this year’s CRS-40, revisions to the CRB by-laws created three additional, one-year positions on the Board. The new appointees are Johnny Chiang, OM, Cox Radio Houston; John Dickey, Executive VP/Co-Chief Operating Officer, Cumulus Media, Inc.; and Clarence Spalding, President, Spalding Entertainment. All three new members will join the CRB Board immediately and serve through the completion of next year’s CRS-41, to be held Feb. 24-26, 2010 at the Nashville Convention Center. For more information about the Country Radio Broadcasters Board of Directors, visit www.CRB.org.

Country Radio Broadcasters, Inc.® and Edison Research have posted the full results of their National Country Radio P1 Study online in the form of a video slideshow, complete with audio commentary. The presentation, which was originally given this year at CRS-40 in Nashville, may be viewed at either www.CRB.org or www.EdisonResearch.com. According to Tom Webster, Vice President of Strategy and Marketing for Edison Research, the study revealed particularly noteworthy trends regarding repetition in country radio playlists, how listeners are finding new music, syndicated versus local programming and the importance of social networks. This is the fourth year the National Country Radio P1 Study was conducted and presented at Country Radio Seminar®. The CRB/Edison Research survey is the largest ongoing Country Radio P1 study of its kind. Webster pointed to four actionable items, summarized below, that stations should consider as a means to help increase their listenership.

1) Leave Deeper Footprints. Marketing initiatives and promotions should be run through an additional “filter” to ensure that listeners are benefiting as much as possible from their local stations. Of those surveyed, 84 percent agreed that country music “makes a positive contribution to American life.”

2) Expand Your Presence on Social Networks. Nearly two out of three respondents indicated having a profile on at least one social networking website.  Webster encouraged stations to advocate a policy of hiring employees with “digital literacy.”

3) Take Repetition Seriously. Results of the study showed that 51 percent of those sampled agree that stations play certain songs to the point that it “becomes annoying.”  “Stations have to do more than just talk about variety, they have to find ways to build a deeper bench,” Webster warned.

4) Think Visual. Music video channels and network television appearances were the second and third most popular means of discovering new music, according to those surveyed. “Incorporate video elements of the artists wherever possible,” Webster said.

Cox Enterprises Inc. announced today (3/23) that it is beginning a $3.80 per share cash tender offer for the remainder of Cox Radio Inc.’s publicly held shares, for a total payment of about $69.1 million. Cox Enterprises owns a roughly 78 percent equity stake in Cox Radio with a voting interest of about 97 percent. The tender offer expires on April 17, depending upon shareholders tendering their shares. If the transaction is completed, Cox Radio will become a subsidiary of Cox Enterprises, which is privately owned.