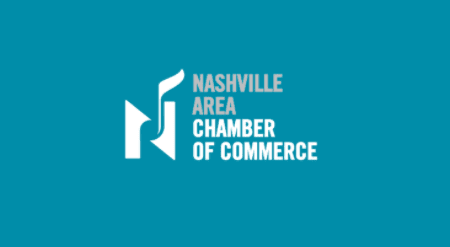 The Nashville Area Chamber of Commerce has joined forces with media administrator Exploration to generate the Music Industry Report 2020, a new look at the economic impact and contribution of the music industry not only in Nashville but internationally. A survey is currently available, and results of survey will be included in the Music Industry Report 2020, to be released in December.

In partnership with Exploration and a team of student researchers, this is the first in a repeating series of market research studies intended to provide both a followup on the Chamber’s original work, as well as a detailed overview of the music industry including its various markets, sub-sectors, establishments, and workforce. The research will rely on real-time data, proprietary databases, and insights and experience from all facets of the industry and will provide compelling, actionable insight to industry leaders and policymakers to guide the success and growth of the music industry well into the next decade.

“This report intends to illuminate the inner workings and facets of the entirety of the music industry, individually and collectively,” said Exploration Co-Founder and CEO, Aaron Davis. “The focus starts in Nashville, TN and extends globally, as Music City is not only where people come to listen and record music, but it’s also where music comes to do business. I’m thankful that during this turbulent year, we will be able to provide some insight that the music industry will be able to use to move forward and put their best foot forward.”

“The Music Industry is a pivotal industry sector for the entire Middle Tennessee region and is interconnected to every corner of the world,” says Nashville Area Chamber of Commerce Vice President of Research, Rupa DeLoach. “Understanding the technological, cultural, and economic pressures that cause this industry to evolve and adapt at a rapid pace in order to survive even before COVID-19 is even more crucial as the music industry and its people navigate and thrive in a post-Covid-19 business and consumer climate.” The 17-year-old singer-songwriter was recently featured in The Bluebird Documentary alongside Kelsea Ballerini for his original song “Lost Boy,” a response to Ballerini’s No. 1 single, “Peter Pan.”

“I’m super excited to be working with the Demolition Team! I’m looking forward to working with some of the best and most respected people in the industry. There’s a lot of exciting things happening within this company, and I can’t wait to see what we’ll be able to accomplish together,” says Wall. 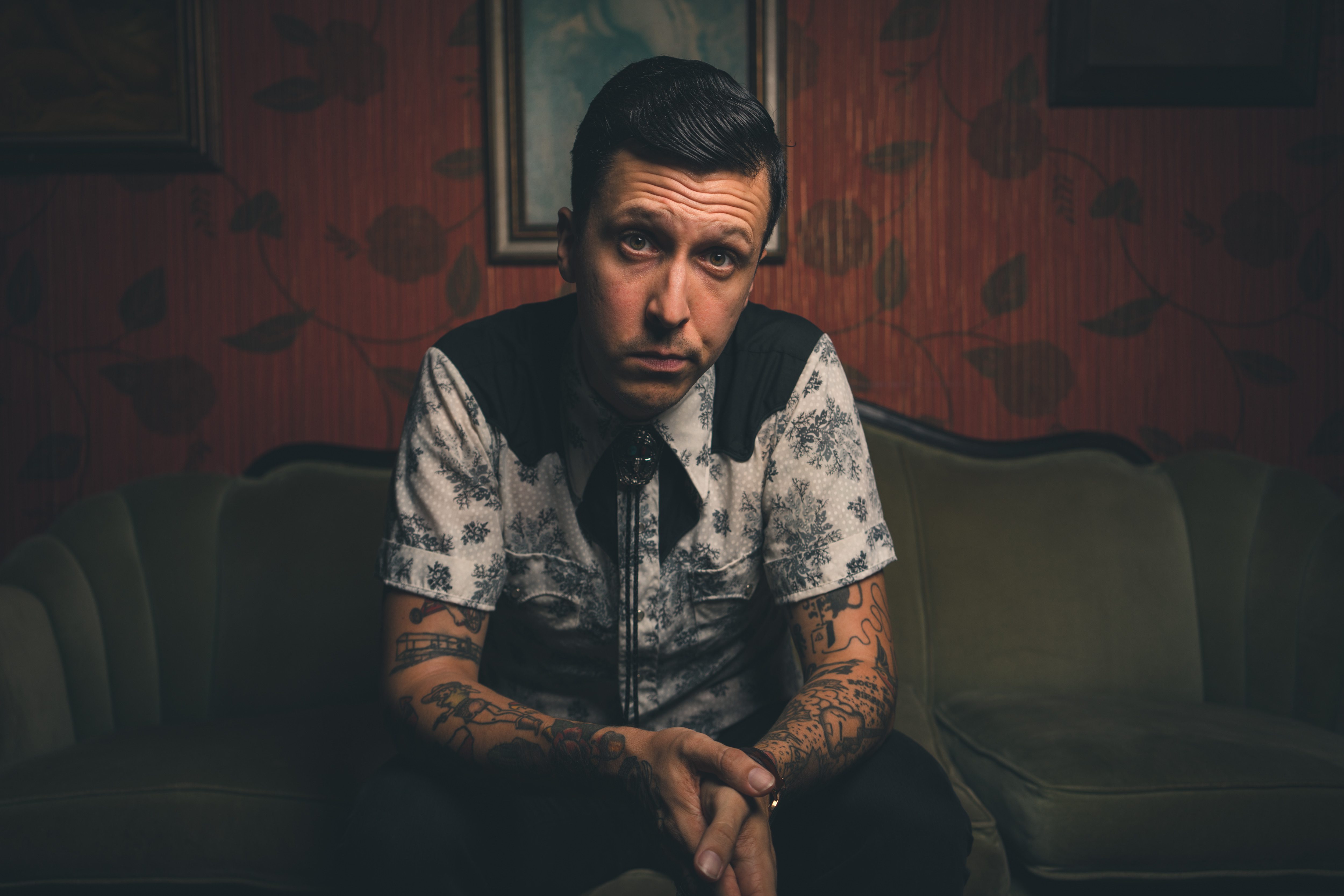 Barham and American Aquarium have released seven projects since 2006. The group’s most recent album Lamentations reached No. 2 on Billboard‘s Top Folk/Americana Albums, as well as the Top 20 on both the Top Country Albums and Top Rock Albums charts.

“I’m really excited to join such an amazing roster of talented songwriters,” said Barham. “The One Riot/Reservoir team has such a great history of putting artists first and I’m looking forward to see what we can create together.”

“BJ Barham is the quintessential country songwriter: someone who writes honest stories about real life experiences, hard-earned lessons, and the resiliency of the heart,” added One Riot General Manager Amy Patton. “It’s a true privilege to work with such an incredible writer and artist who is re-infusing raw storytelling into country music.”

Reservoir EVP of Creative John Ozier said, “Barham is driven by his desire to infuse American Aquarium’s music with honesty, and that’s exactly the type of creative vision we’re inspired by. We are honored to work with such a dedicated and talented songwriter.” 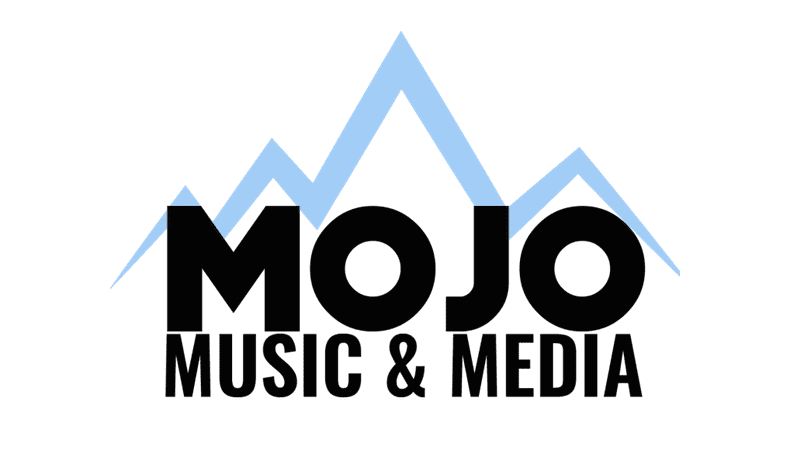 Global independent publishing and legacy marketing company Mojo Music & Media has acquired a co-publishing interest in Kathy Louvin’s Movin Louvin Music. Kathy is the daughter of Ira Louvin, one half of the legendary country duo the Louvin Brothers. The deal spans the group’s entire catalog, including classics such as “When I Stop Dreaming,” “If I Could Only Win Your Love,” “Cash On The Barrel Head,” “I’ll Take The Chance” and “The Knoxville Girl,” and religious standards including “Family Who Prays,” “I Like The Christian Life,” “The Angels Rejoiced Last Night” and “Let Us Travel, Travel On.”

Mojo Co-Founder and CEO Mark Fried said, “The Louvin Brothers extraordinary harmonies and pure Appalachian sound were a foundation for all of country music and their powerfully emotional songs of love, heartbreak and salvation inspired a generation of songwriters and artists who followed. We’re honored to have the chance to work with Kathy and her family to ensure that the Louvin’s music and story continue to work their magic on musicians and music fans for decades to come.”

Kathy Louvin stated, “Pairing the Louvin music catalog with the passion, wisdom and experience at Mojo Music & Media truly creates endless possibilities. As a family, our excitement is reborn and renewed and we are so grateful to be a part of this winning team!”

Ira and Charlie Louvin, first cousins of Hall of Fame songwriter John D. Loudermilk, grew up in rural northeastern Alabama. Between 1955 and 1962, they released 12 Top 30 hits, including the No. 1 hit “I Don’t Believe  You’ve Met My Baby,” and Top 10 hits including “Hoping That You’re Hoping,” “You’re Running Wild,” “Cash On The Barrel Head,” and “My Baby’s Gone.”

The Louvin Brothers joined the Grand Ole Opry in 1955, and were inducted into the Country Music Hall of Fame in 2001. In 2015, they earned a Grammy Lifetime Achievement Award. They were included in Ken Burns’ recent documentary on country music and are the subject of an upcoming feature film produced by and starring Ethan Hawke.

Kathy Louvin is an award-winning songwriter in her own right, having penned such hits as Ricky Van Shelton’s chart-topper “Keep It Between The Lines” and Confederate Railroad’s “Queen Of Memphis,” among others. She also co-produced the 2003 tribute album, Livin’, Lovin’, Losin’: Songs Of The Louvin Brothers, which won Best Country Album at the 2004 Grammys ceremony. 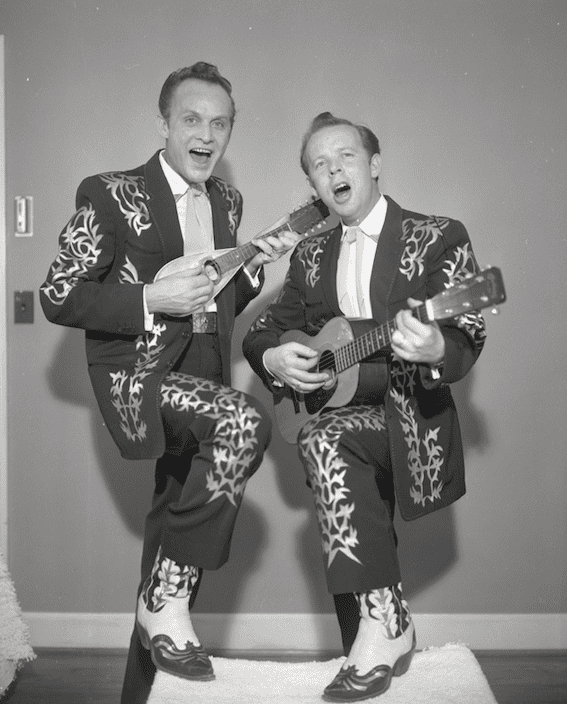 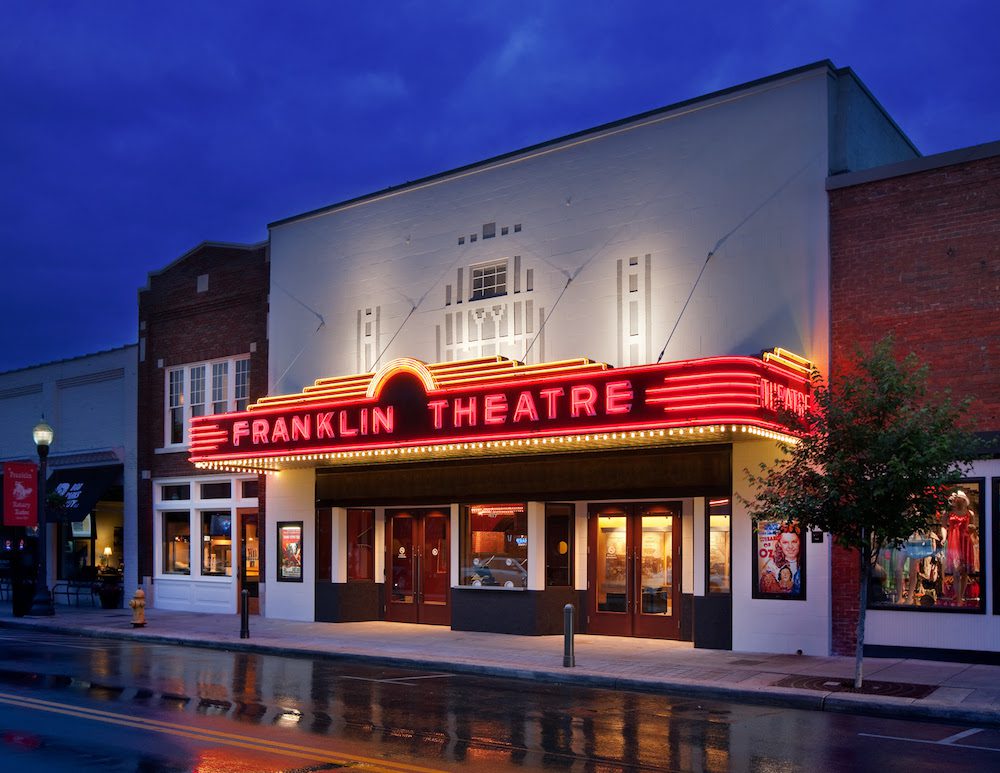 “We couldn’t be prouder of this group of talented people who have stepped up to serve and support our beloved historic downtown theatre and the Heritage Foundation. The combined experience, talent and passion of these 16 people will be a key factor in our strategic planning, fundraising and programming for long-term vision of The Franklin Theatre. With this talented team rallying for us, the sky’s the limit for the possibilities,” says Beasley.

The Franklin Theatre, an operating division of the Heritage Foundation, has temporarily suspended all programming until 2021 due to COVID-19 restrictions on live entertainment venues. 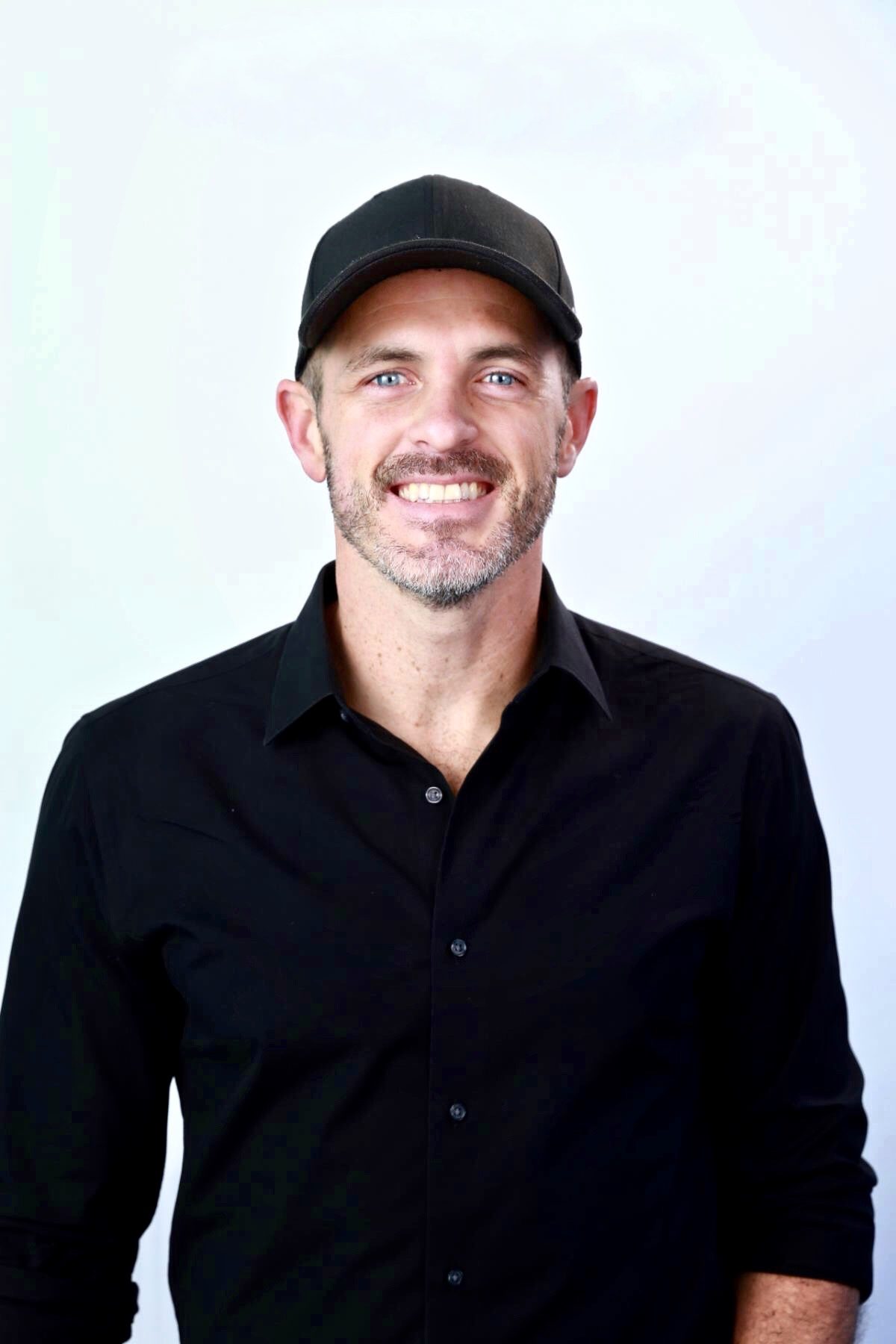 In his new role, Wise will continue to grow the American Songwriter Podcast Network, which since its inception earlier this year, has onboarded shows like Dave Barnes’ 5 Hot Takes and Americana with Robert Earl Keen, among others. Wise will also be responsible for business development, including the scaling of existing and creation of new content initiatives.

“We are extremely excited to welcome Dan to the American Songwriter family,” said CEO Sam Savage. “Dan’s invaluable experience in the music industry and track record of creating deep and meaningful relationships makes him an incredible addition to our team.”

Wise began his career in the music industry over two decades ago as an audio engineer, production manager, and tour manager. Soon after he moved into artist management, where he most recently worked with Starstruck Entertainment, led by Narvel Blackstock.

“Joining a company that has planted its roots in the music industry 35 years ago and earned the respect of musicians and songwriters around the world is truly an honor,” said Wise. “I look forward to expanding upon the incredible success that Sam and the team have already built.” 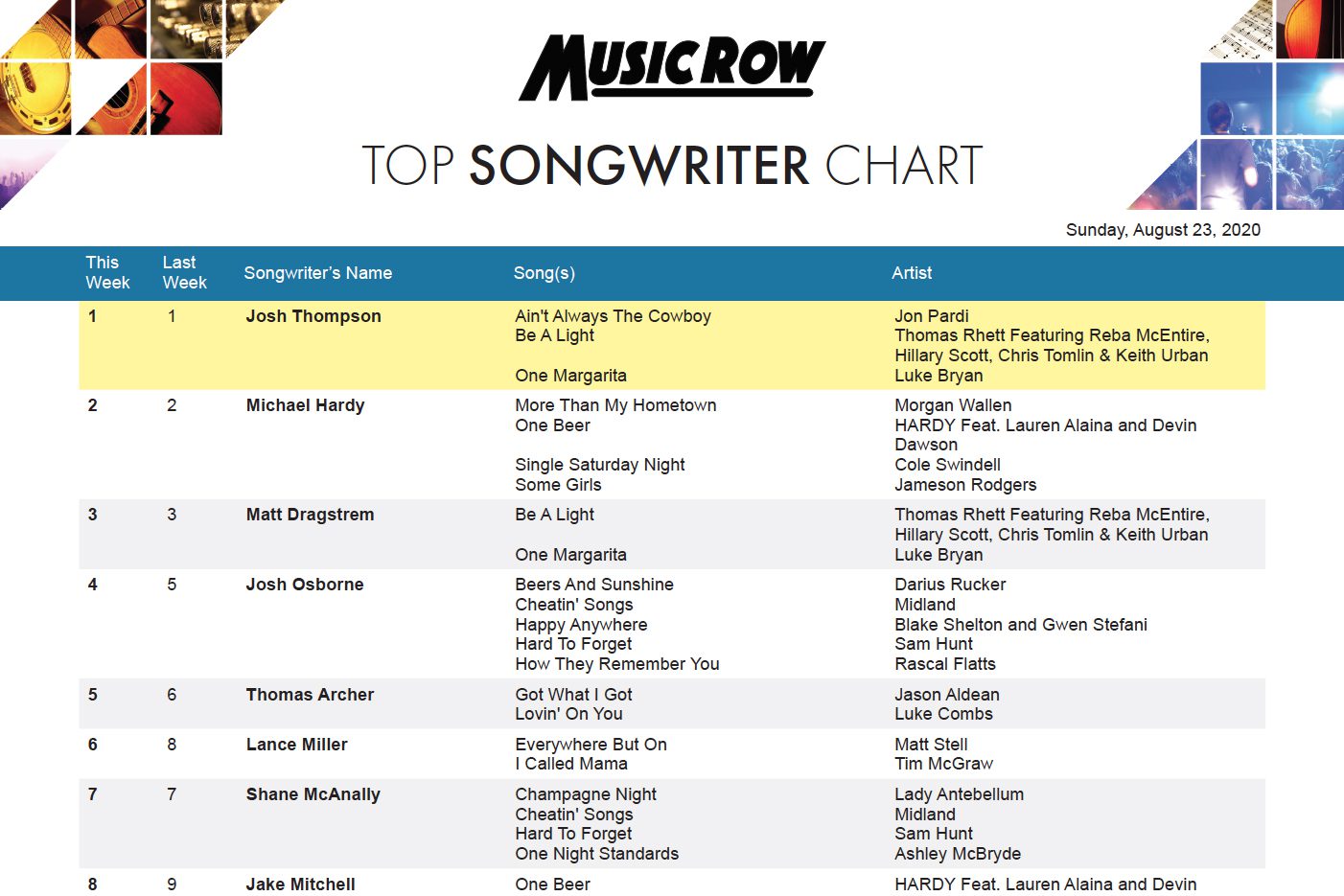 Thomas Archer enters the top five on this week’s MusicRow Top Songwriter Chart, with co-writer credit on Jason Aldean’s “Got What I Got” and the Luke Combs track “Lovin’ On You.”

The top three on the chart remain the same this week, with Josh Thompson at No. 1, HARDY at No. 2 and Matt Dragstrem at No. 3.

The weekly MusicRow Top Songwriter Chart uses algorithms based upon song activity according to airplay, digital downloaded track sales and streams. This unique and exclusive addition to the MusicRow portfolio is the only songwriter chart of its kind. 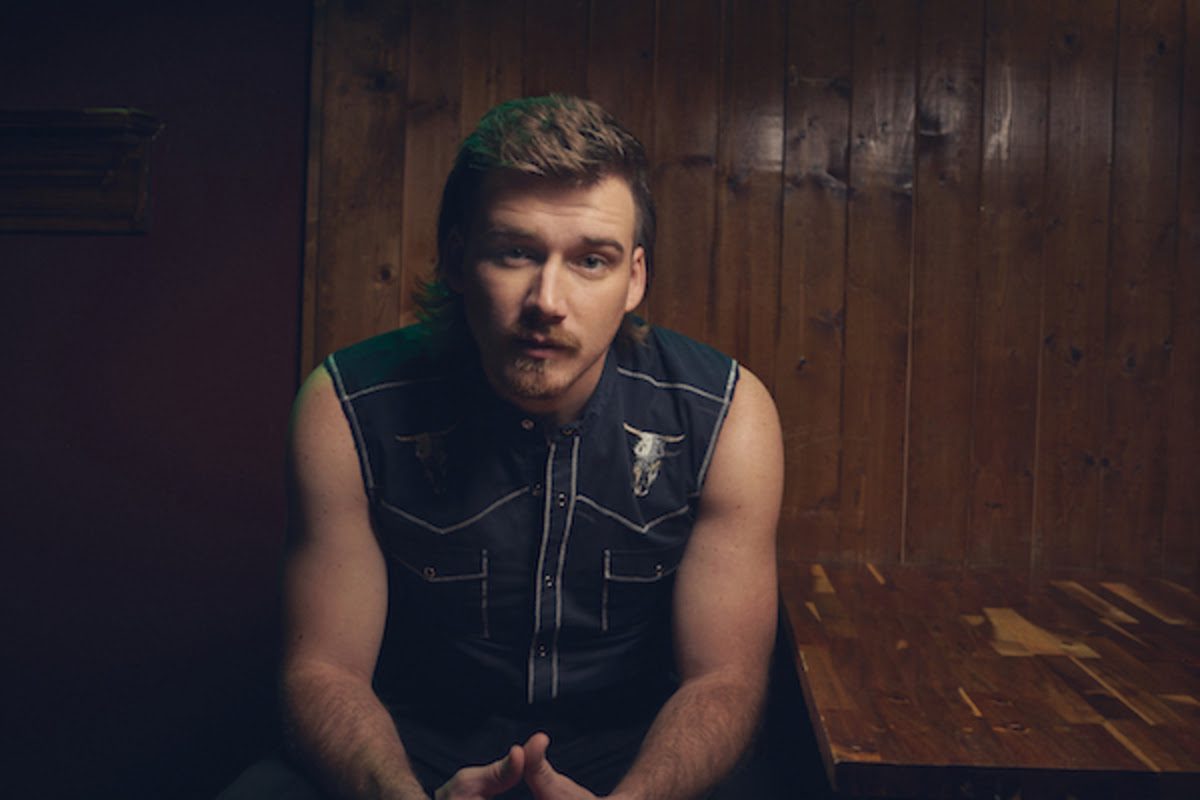 Big Loud’s Morgan Wallen tops both the Country Albums chart and the Country On-Demand Audio Streaming chart this week, according to Nielsen. He has one of the hottest songs of the year so far, as “7 Summers” debuts at No. 1 on the On-Demand Country Streaming Songs chart (and No. 3 overall) with 22 million streams in its first week.

He has three of this week’s Top 5 country streaming songs, with “Chasin’ You” at No. 3 with 7.3 million streams, and Diplo & Julia Michaels‘ “Heartless” (which Wallen is also featured on) at No. 4 with 7 million streams.

Wallen also tops the Country Albums chart this week, with If I Know Me moving 25K in total consumption. Kane Brown debuts at No. 2 with his new EP Mixtape Vol. 1 (22K), followed by Luke Combs‘ What You See Is What You Get at No. 3 with 21K, Luke Bryan‘s Born Here Live Here Die Here at No. 4 with 19K, and Combs’ This One’s For You at No. 5 with 19K.

Lindsay Ell’s Stoney Creek project heart theory debuts at No. 33 on the country albums chart with 5.6K in total consumption, while Columbia artist Orville Peck‘s Show Pony debuts at No. 46 with 4.7K.

SESAC and the Radio Music License Committee (RMLC) have announced a new license agreement that sets the rates payable by the majority of America’s commercial terrestrial radio stations to publicly perform works in the SESAC repertory, effective Jan. 1 2019 through Dec. 31, 2022.

The agreement rolls forward rates and terms from the prior license, including a blanket license fee of 0.2557% of net revenue, and an all-talk rate of .0575% of revenue. As before, the agreement applies to stations’ over-the-air broadcasts, simulcast streams and HD signals.

The RMLC represents the vast majority of the nation’s radio stations, and SESAC represents more than 1 million songs and some 30,000 songwriters, composers and music publisher affiliates.

SESAC President and COO Kelli Turner said, “As a performing rights organization, we remain focused on bringing value to our songwriters and publishers—which has become increasingly important during these uncertain times. We appreciate the RMLC’s cooperation to once again reach an agreement that will enhance the livelihoods of the creative community.”

RMLC Chairman Ed Atsinger said, “We are pleased to carry forward the terms of the prior agreement with SESAC, which is an efficient path forward for both sides in a music licensing landscape that has become increasingly complex.” 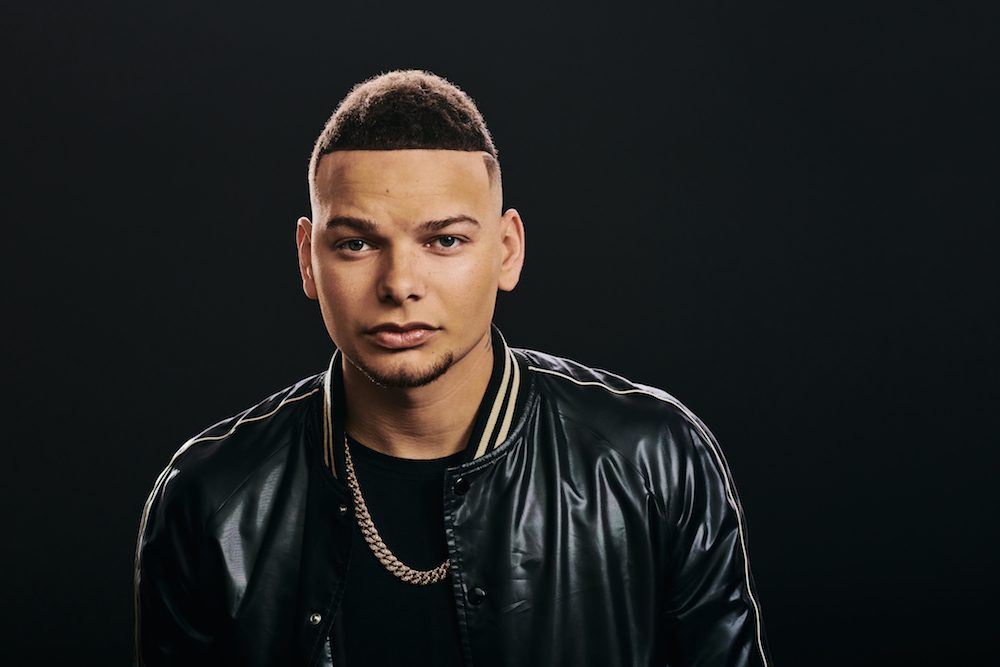 Mixtape Vol. 1 includes pop collaborations with Swae Lee and Khalid on his current Top 40 hit “Be Like That,” and with John Legend on “Last Time I Say Sorry.” The EP also includes the timely  inspirational message “Worldwide Beautiful,” which released two days after the music industry observed Blackout Tuesday in June.