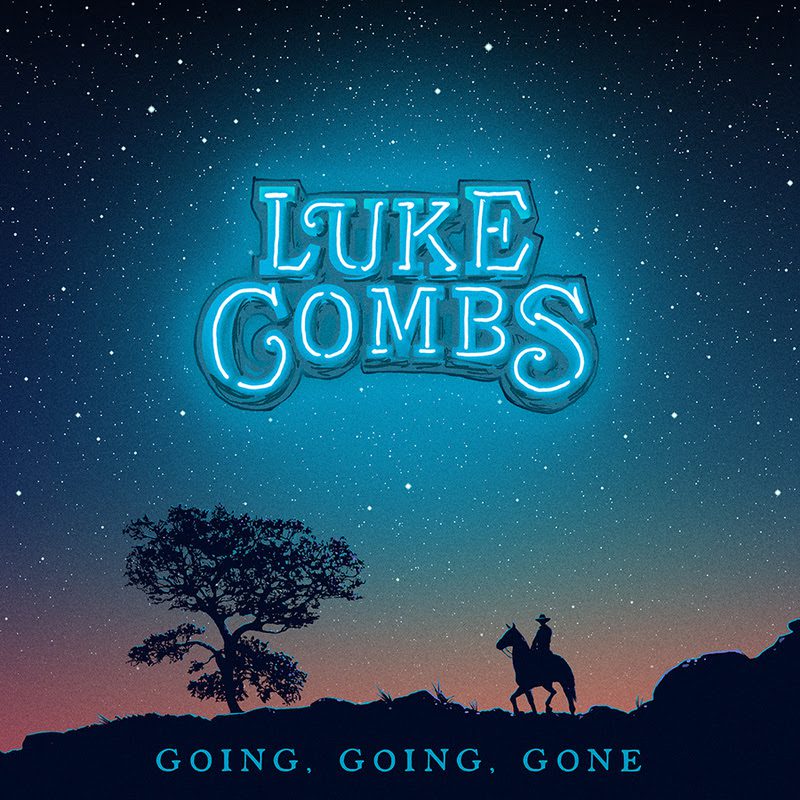 This is country music’s week to shine, so no wonder there is a cornucopia of tasty tracks in this week’s DISClaimer column.

But it’s the most “country” of the country releases that rule the day. They belong to the divine Miranda Lambert, the sublime Dailey & Vincent, the hearty Eddie Montgomery and the King of the Hill, Luke Combs. The Entertainer of the Year also has the Disc of the Day

Give a DISCovery Award to Warner newcomer Chase Matthew.

LUKE BRYAN / “Prayin’ in a Deer Stand”
Writers: Luke Bryan/Nicolle Galyon/Jimmy Robbins; Producer: Jody Stevens/Jeff Stevens; Label: Capitol
–Good listening. The echo on his vocal is big help, and the vibrating, atmospheric electric guitars in the production are dynamite. I doubt that there is a huge percentage of listeners who spend their Sundays hunting deer, but whatever….

JESSIE JAMES DECKER / “Grow Young With You”
Writers: Emily Weisband/Alysa Vanderheym/Jordyn Shellhart; Producer: Alysa Vanderheym; Label: Big Yellow Dog/Warner/Atlantic
–This multi-hyphenate seems to hit on all available platforms, from books to fashion to TV to music. As before, she proves to be a fine singer on this choppy, clappy bopper about a sunny love. I always like the little falsetto hiccoughs in her delivery.

LUKE COMBS / “Going, Going Gone”
Writers: James McNair/Luke Combs/Ray Fulcher; Producer: Luke Combs/Chip Matthews/Jonathan Singleton; Label: River House/Columbia
–This is a lovely change of pace. Combs exchanges his brawling, bruising vocal style for a gentler, more contemplative delivery. He’s wistful yet resigned over a lost love. As usual, the song is a model of country craftsmanship. He so deserves every award we give him.

BRITTNEY SPENCER / “A Hundred Years Old”
Writers: Ashley Ray/Brittney Spencer/Sean McConnell; Producer: Daniel Tashian; Label: Elektra
–Does this artist set the record for the longest set-up ever for a real radio release? She’s on television, in social media, on others’ records, in print and all over the map without ever actually stepping up to bat. Now she has a new live EP recorded acoustically at Blackbird Studio. This charming, wafting, yearning performance is yet another tease. The lady has the talent. Somebody light a fire under this career kindling.

EDDIE MONTGOMERY / “Thank a Beer Drinker”
Writers: Wynn Varble/David Lee/Don Poythress; Producers: Noah Gordon/Shannon Houchins; Label: Average Joe’s
–Like that road you drive on? How about the food you eat, the electricity in your house, running water and the car you own? Give thanks to the blue-collar folks who keep our factories and our infrastructure running. I love the message of this. Eddie delivers it perfectly. Oh by the way, he adds, if you like this song, thank another beer drinker.

MIRANDA LAMBERT / “Geraldene”
Writers: Miranda Lambert/Jack Ingram/Jon Randall; Producers: Jon Randall/Luke Dick/Miranda Lambert; Label: RCA
–With her performance of this at the CMA Awards, Lambert again demonstrated that she is the finest, pure-country female singer in our current music biz. She calls out a temptress with just the right touches of envy and smoldering threats. The spare, snappy track keeps things crackling. It’s a model of restraint, throwing the spotlight on her superb, twangin’ delivery. “Geraldine” is just one of the many gems on her 15-track Palomino collection. Available on double vinyl, by the way.

MICKEY GUYTON / “I Still Pray”
Writers: Mickey Guyton/Tyler Hubbard/Ryan Daly/Steph Jones; Producer: Corey Crowder/Tyler Hubbard/Ryan Daly; Label: Capitol
–One associates praying with silence. But Guyton’s emotional soprano is a shout of blazing affirmation as she explains the depth of her devotion. An extraordinary, stately vocal performance by one of our most gifted artists.

DAILEY & VINCENT WITH RHONDA VINCENT / “Those Memories of You”
Writers: Alan O’Bryant; Producer: Paul Worley; Label: DV
–The harmonies in this performance will send shivers through your whole body. Opry greats Dailey & Vincent have turned from bluegrass to country on their new CD, but this bluesy, electrified revival of the Dolly/Linda/Emmylou 1987 smash proves their vocal backgrounds are solidly in place. Jamie Dailey’s lead vocal is a masterpiece, and the thrilling support of the Vincent siblings sends the whole thing into the stratosphere. Breathtaking is the word.

BROTHERS OSBORNE WITH THE WAR & TREATY / “It’s Only Rock ‘N’ Roll (But I Like It)”
Writers: Keith Richards/Mick Jagger; Producer: Robert Deaton/Danny Rader; Label: BMG
–The forthcoming Stoned Cold Country is an all-star Nashville tribute to the songs of the Rolling Stones. These two sterling duos join forces for its first advance track, which they introduced on the CMA Awards. T.J. kicked it off in a deep, rumbling baritone. Tanya lit the track ablaze. Michael shot off fireworks, then the whole ensemble burned the house down. The official studio track underwhelms by comparison.

CARTER FAITH / “Already Crazy”
Writers: Carter Faith/Tofer Brown/Lauren Hungate; Producer: Tofer Brown; Label: CF
–The lyric is very nicely crafted and her vocal is spot on. I kept waiting for the ballad’s track to take off, but it stuck with its piano-and-strings wash throughout.