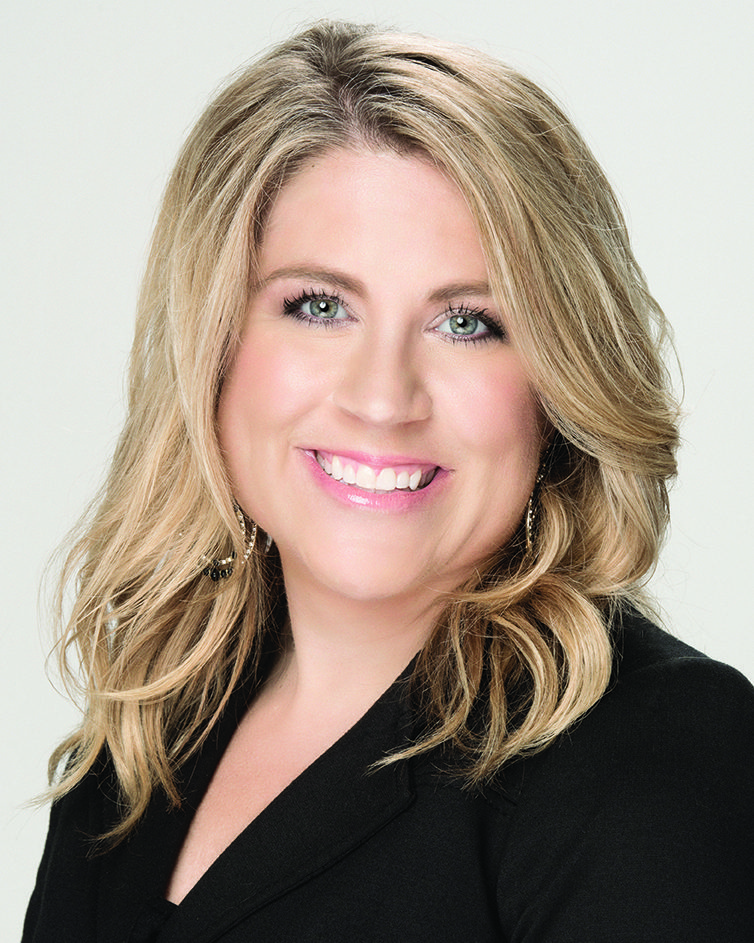 With over 18 years of music industry banking experience, Mandy Gallagher Morrison’s specialty is helping her clients meet their financial goals. She joined City National Bank in 2011 to help launch its Nashville office, which made her the youngest relationship manager in the bank’s entire Entertainment division. Morrison was promoted to vice president in just two years, and has played an integral role in the bank’s growth story as it has become one of Nashville’s premiere entertainment banks. During the pandemic, Morrison quickly pivoted to helping clients secure Paycheck Protection Program (PPP) loans to help them survive the uncertainty and build their businesses for the “new normal.”

A year after joining City National, Morrison helped to start the Troubadour Society, an organization for young professionals that supports the Country Music Hall of Fame and Museum. As one of the founding leaders, she spearheaded the collaboration with the Hall of Fame to launch the organization, and is still a member today. She is currently a member of the nonprofit SOURCE, of which she sat on the board for eight years including as board president, past president and program committee chair. Morrison is also a member of the Gospel Music Association’s Business Advisory Council. She is heavily involved in Leadership Music after graduating from the program in 2015.

Morrison will be honored as part of the current class of MusicRow’s Rising Women on the Row on Oct. 20. For more details about the class and the event, click here.

I grew up in Altamont, Tennessee, which is about an hour and a half from Nashville going towards Chattanooga. It’s a very small, rural town in Grundy County. 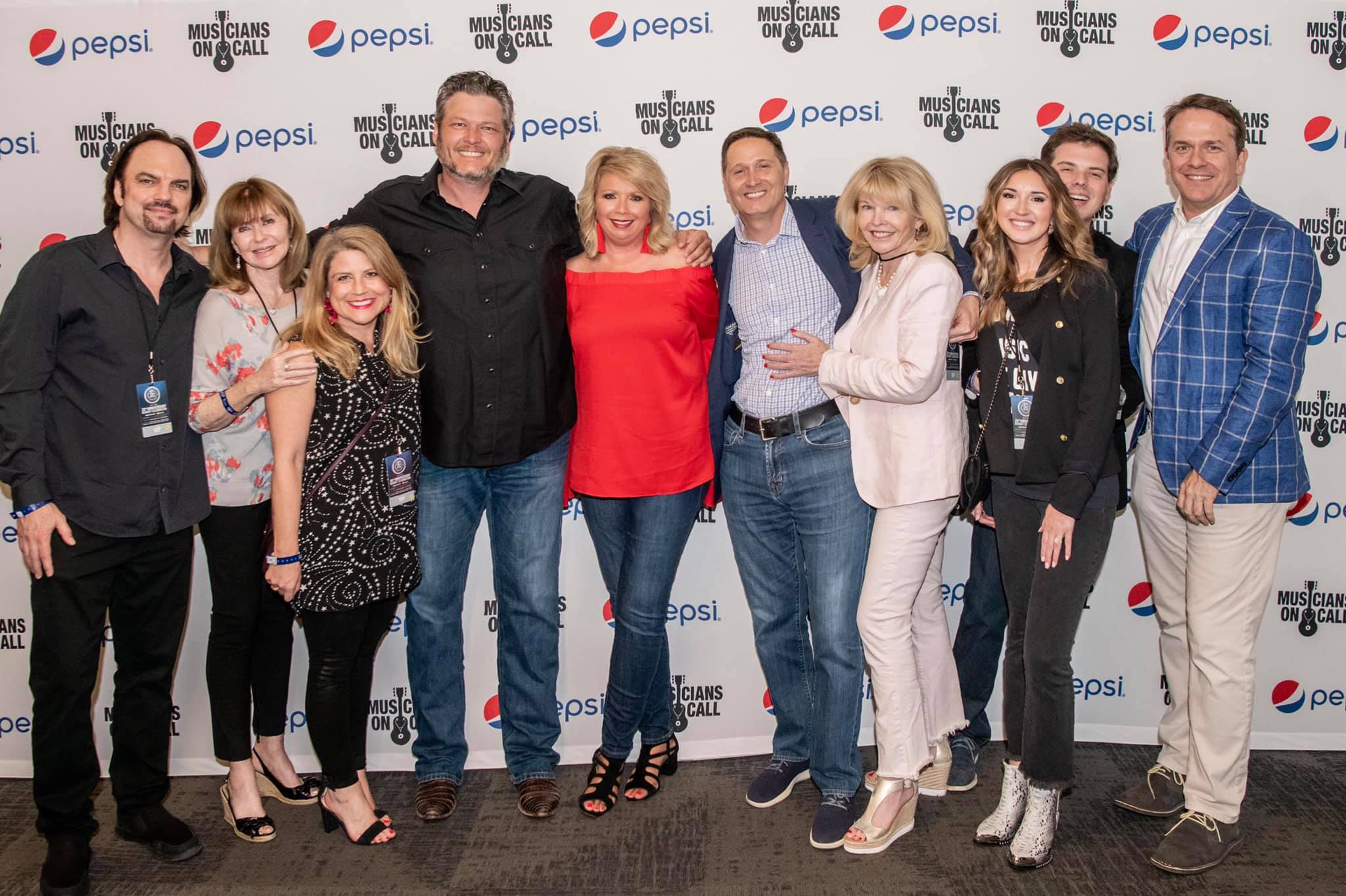 Were you musical? Did you have aspirations of being in the music business when you were growing up?

No. It’s a total God thing, when you look back at your life. When I graduated, I wanted to go to the University of Tennessee but I ended up getting a scholarship at MTSU. So obviously the wise decision was to go to MTSU. I knew I wanted to do business, but I didn’t know necessarily what I wanted to do. My next door neighbor back in Grundy growing up was very high up at SunTrust Bank. When she found out I was going to MTSU, she said, “We’re always hiring college kids to be part-time tellers. Would you be interested in a job?” So my freshman year of college, I got a part-time job at SunTrust. In the summers, I would work there full time. Throughout that process, I decided to go the marketing route, so that’s what I ended up graduating in.

What did you do after college?

After I graduated from school, my manager at the time at SunTrust said, “I know you graduated in marketing and you’re probably going to be looking for a marketing job, but you are really good at your job and I think that you need to try to move up within our company until you find something that you like. There’s a position open at our music industry office in Nashville that I think you would be a great fit for. I think you need to go interview.” It wasn’t necessarily what I was planning on, but it sounded like a great opportunity. I wanted to make some more money and move up at the company while I could. So I went and interviewed. Beverly Templeton was the manager at the time, and Brian Williams managed the whole office. One Friday morning I came in and interviewed with Beverly. She called me on Monday and offered me the job.

I moved and started working at the SunTrust Entertainment Office. I probably wasn’t there for a month before I was like, “This is the coolest thing ever.” I’m in the music industry, but not in the music industry. It’s a different side of banking. You’re getting to work with artists, songwriters, business managers and publishers. Diane [Pearson] and Lori [Badgett] were there. After seeing what Beverly, Brian, Diane and Lori were doing, I knew I could actually make this a career. 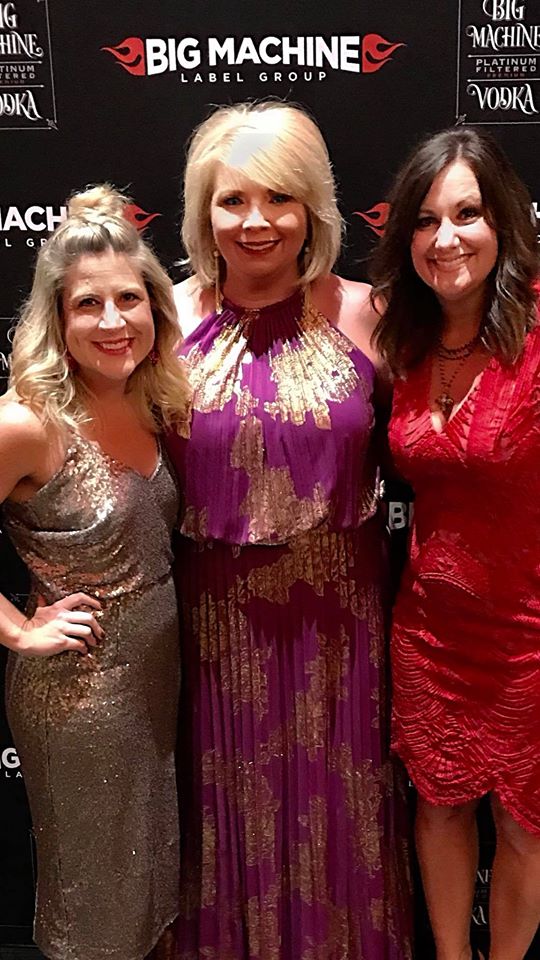 What was your path at Sun Trust?

In the banking world, there are so many avenues that you can go down—especially when you were at SunTrust. You could get on the mortgage team, you could go investments, you could go into business banking, et cetera. I just knew I wanted to be Lori and Diane one day. [Laughs] I eventually wanted to be a relationship manager or a private banker.

How did you get to City National Bank?

Me and Diane Pearson went to Vegas for an awards show. Diane said, “Mandy, I have an offer for you. I’ve been talking to City National Bank. They’re coming to town. I would love for you to come and be a junior relationship manager under me.” That’s what I wanted to do from the very beginning. But at first, I wasn’t sure. I had been working at SunTrust since I was 18. It sounded exciting, but it was very scary. My dad worked at Carrier for years because it was a company that was good to him. My parents instilled in me that you stay with companies that are good to you, there’s no reason to move just to move. SunTrust has been great to me, so at first I started back paddling but we talked about it again and I started feeling good about it.

I remember walking in and telling my manager at the time that I was leaving. My heart was pounding. I was taking a big leap of faith. It was like nothing that I’ve never done. I was scared to death. But Diane was coming and Lori was coming, so at least I knew that I was going to be surrounded by amazing people that could help me and cheer me on. 11 years later, here we are. 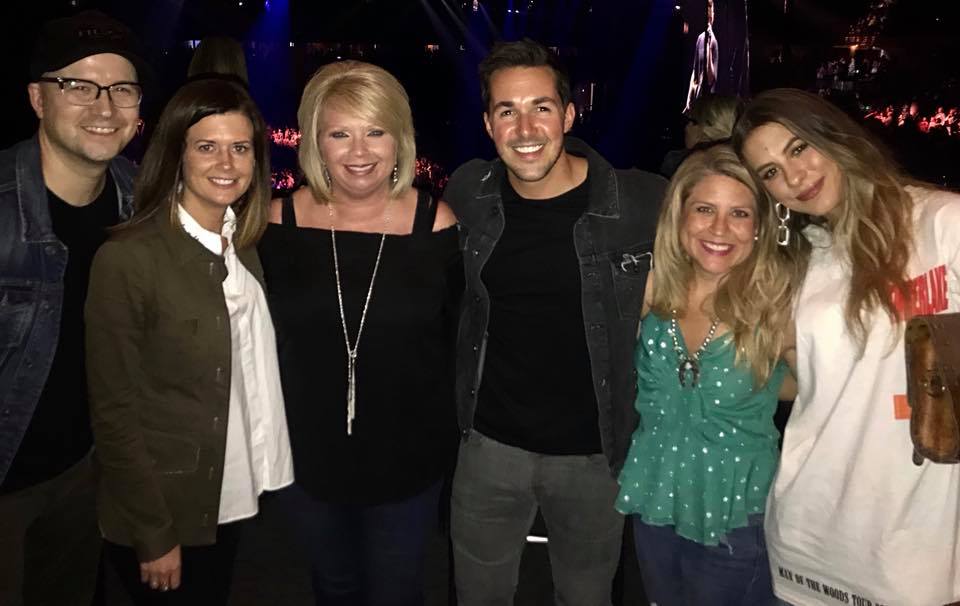 What were those first years of building the Nashville branch of CNB like?

Hard. [Laughs] We had to figure out the systems of CNB. Diane and Lori had been at SunTrust pretty much their whole career as well. We were all trying to figure it out together. We were all in it together. The LA teams and the New York teams were so helpful. CNB is an incredible company, especially when it comes to entertainment.

11 years later, what all does your role entail?

I describe myself as the quarterback for my clients. My book of business is a lot of songwriters, so I deal a lot in songwriter markets in addition to business managers, producers, et cetera. I help them with, ultimately, whatever they need. If they need a mortgage, then I’ll get my mortgage advisor involved and we’ll get a mortgage. If they’re looking at investments, I get my investment guy and we talk through everything. You never really know what’s going to happen day to day. It’s really just continuing to grow my book and elevating and helping my clients financially as as much as I can. 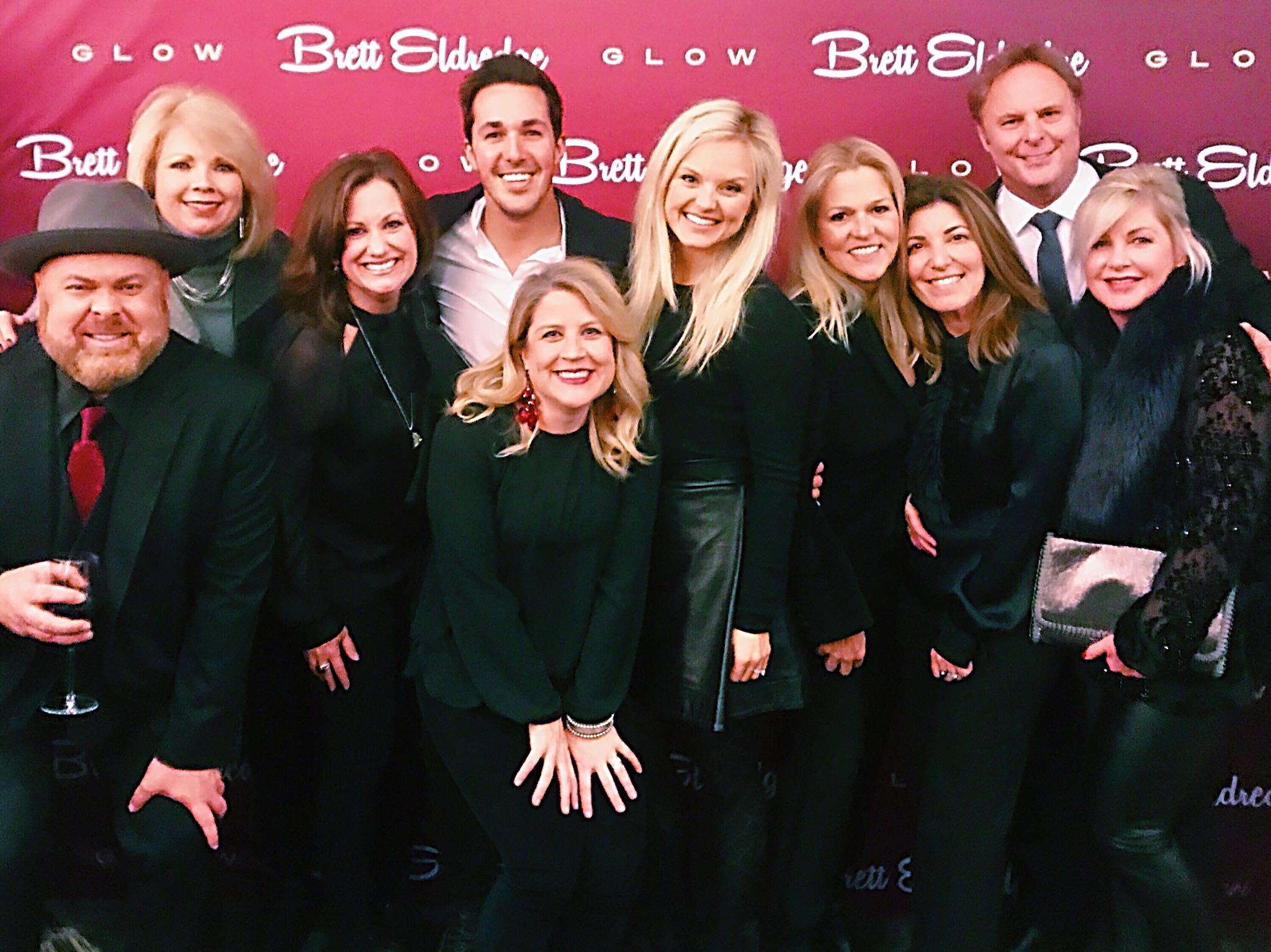 You’ve talked a lot about Diane and Lori, what are some things you’ve learned from them?

Those two are two of the hardest working women. I could cry talking about them. They are so inspiring. They’re very humble. They’re just great leaders in their own unique ways. They both bring so much to the table.

Do you think that having women in your life like that impacted your experience as a woman in the music industry?

100%. Diane took me under her wing when we were in SunTrust and really helped me along way. I remember when I had to go out to the West End office, I asked her if that was a good move. With her experience, she guided me in that decision and really helped me understand that. They’re brilliant bankers. Lori, for example, is incredible with catalog loans. The knowledge that they bring to the table is wonderful. Having mentors and grabbing them early is such a key to succeed. 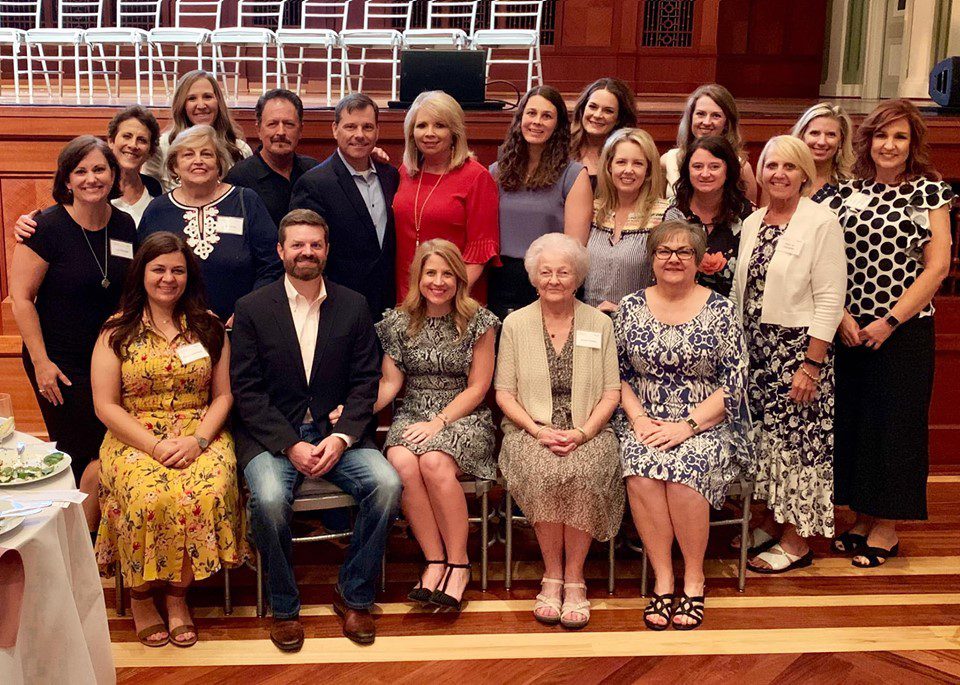 You’re super involved in philanthropy efforts as well. What have been some of your proudest accomplishments over the years?

I would say one of my proudest is the Troubadour Society with the Country Music Hall of Fame. I helped start that from the ground up. It has been really rewarding seeing it become what it has become. SOURCE has also been a great one that I’ve loved to be part of.

Starting so young in my career, I was able to get involved with SOLID at the very beginning. Then I sat on the board of SOLID. I went from SOLID straight into SOURCE. Then I was able to get into Leadership Music in 2015. All of that has been rewarding.

You will be honored at MusicRow’s Rising Women on the Row breakfast on Oct. 20. If somebody was to ask you what success for you, what would you tell them?

During that process of transitioning from SunTrust and CNB, I actually got my master’s at Lipscomb. They have an MBA on leadership. I took a class on leadership over there and something in that class hit home for me. The professor had a deck of card that had all of these adjectives on them. You had to go through the deck four or five times and pick cards that you felt were meaningful to you as a person. Once you got down to five cards, she said, “When these five values are coming out of your job, that means that you’ve found the job that is true to yourself.” So to me, success is defined when you are being true to who you are and your values are pouring out in what you’re doing. My five values were faith, family, service, trust, and legacy.