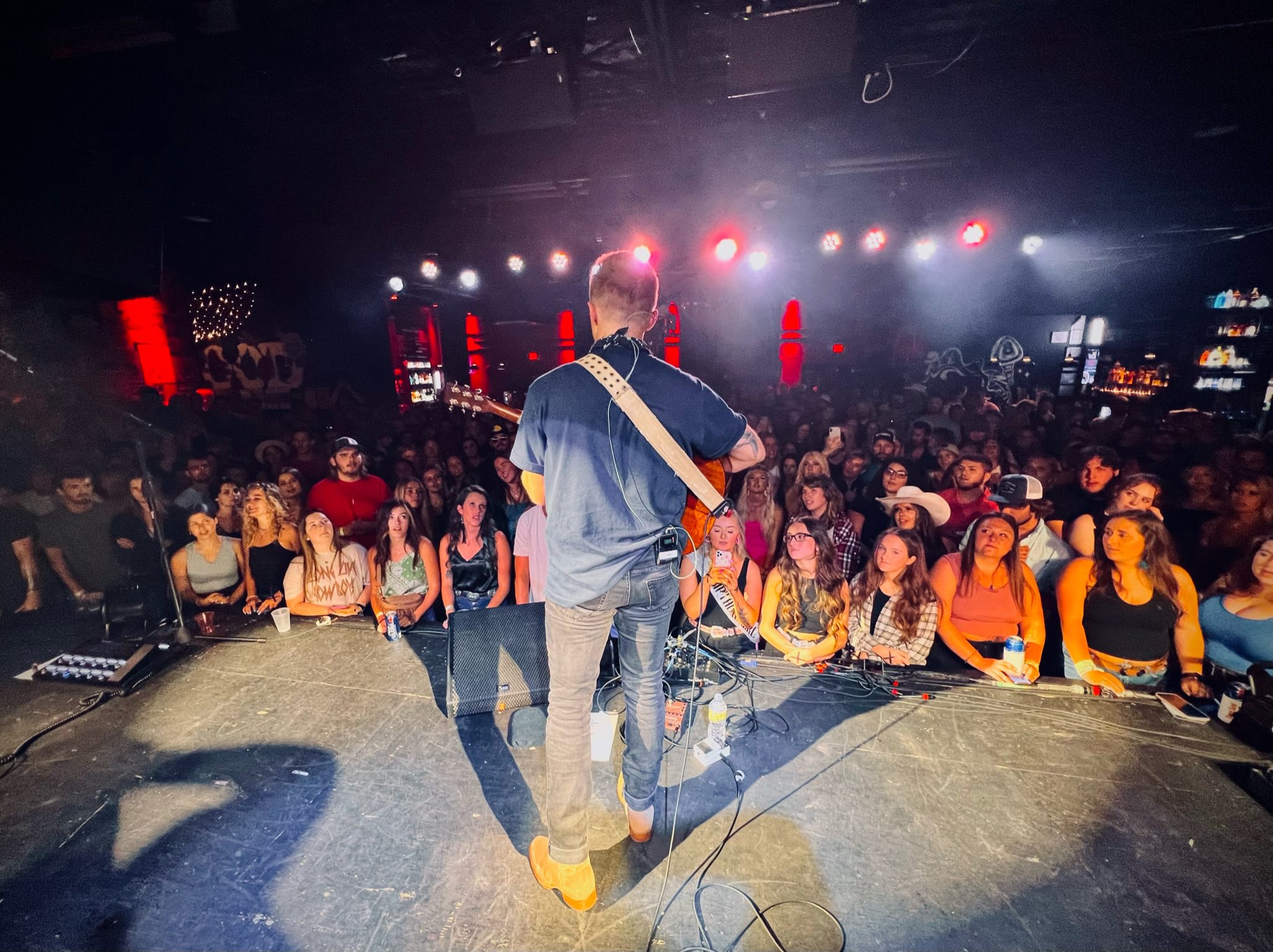 Following an entertaining set by opener Faren Rachels, Kent started his show with a fan-favorite, “Feels A Lot Like This.” His talent was evident from the moment he opened his mouth as he effortlessly combined Justin Timberlake-esque runs and gravely hollers throughout the night.

Kent often spoke about his journey to becoming a breakout country artist. The Oklahoma native told the story of his move to Nashville, saying that he was able to land a publishing deal and started writing songs for other artists, but didn’t find that to be fulfilling.

“I was so busy with ‘chasing the dream’ when I lived here that I was taking for granted the things in life that really matter,” Kent said. “One day I woke up and realized that the dream I was chasing I had right in the palm of my hands. I just wasn’t even paying attention.”

In a standout moment, Kent then sang an unreleased song, a coming-of-age tune likely called “How You Know You Made It,” that references the dream he was always chasing: happiness.

Throughout the evening, Kent thrilled concert-goers with fan-favorites “Same Thing,” “Highway,” “There’s Always Next Year,” and “Gold.” He also took on some classic covers, too, putting his own spin on The Marshall Tucker Band‘s “Can’t You See,” Kenny Chesney‘s “Keg In The Closet,” and The Beatles‘ “Come Together.” His rocking band more than kept up.

In another standout moment, he sang an acoustic version of Travis Tritt‘s “Great Day To Be Alive,” smiling into the raucous crowd.

When it came time for him to perform his wildly successful debut single, “Wild As Her,” the crowd was amped up. Every hand in The Basement East went up as the talented singer delivered the TikTok trendy bridge, “I don’t wanna fix her, I just wanna kiss her / Fuel a little fire in her soul.”

“This song is changing our lives,” he said. “[When we released it], we had no big team behind us or a bunch of money promoting what we were doing. We relied on the every day person to listen to our music and if they liked it, to tell their friends about it.

“That’s exactly what happened with this song. For over two straight weeks, this was the most streamed country song in the entire world!” Kent said with a grin. “We’d love it if you sang it along with us.”