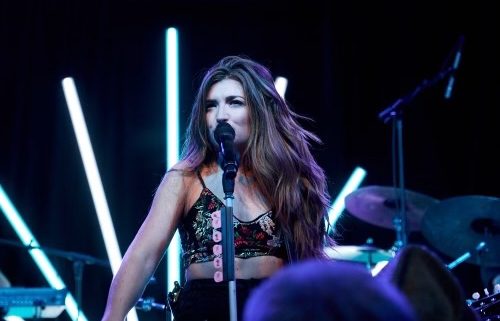 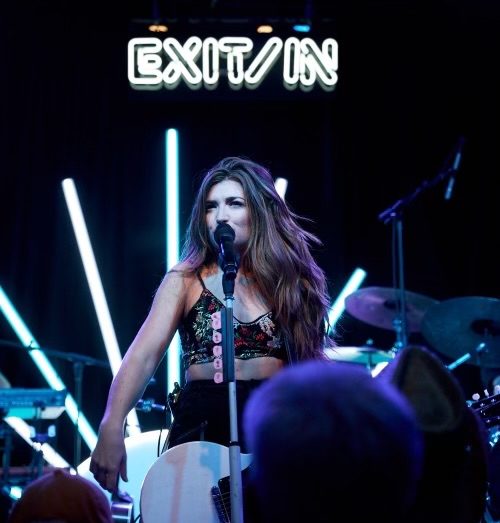 Tenille Townes showcased her duality at Nashville’s Exit/In as she celebrated the release of her new Masquerades EP earlier this week. Originally slated to take place on May 3, the show was rescheduled after a member of Townes’ band contracted COVID-19.

Proceeds from the show benefitted local Nashville shelter Room In The Inn, which strives to emphasize human development and recovery through education, self-help and work. 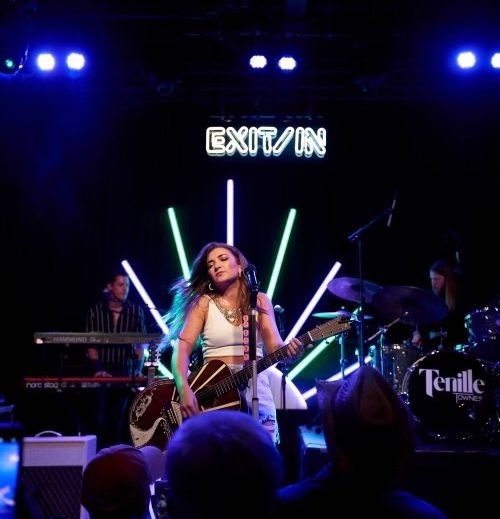 After an opening set from one of Warner Music Nashville’s newest artists, Avery Anna, Townes took the stage decked out in an all white outfit, jumping straight into to the electric “White Horse” before energizing the crowd with “Same Road Home,” a tune from her new EP.

“Oh my goodness. It is so good to be here with you guys. I’m so grateful to each and every single one of you who came,” she gushed over the packed room. “This is our first time playing Exit/In, but I’ve been to so many shows here so it’s an honor to get to play here.”

She continued, “We’re going to play the new songs from Masquerades, which I’m so happy is out there, and we’re actually going to play a couple of songs that we haven’t ever played before. I just hope that all of these songs are a way for me to show you both sides of who I am. That’s the goal here tonight.”

The Sony Music Nashville recording artist ripped into a string of tunes, including “Light In Your Eyes” off of the new EP, a magnetic cover of Sheryl Crow‘s “If It Makes You Happy,” and a chilling rendition of her breakout hit “Jersey On The Wall – I’m Just Asking” which she explained has taken on a whole new life since she wrote it. 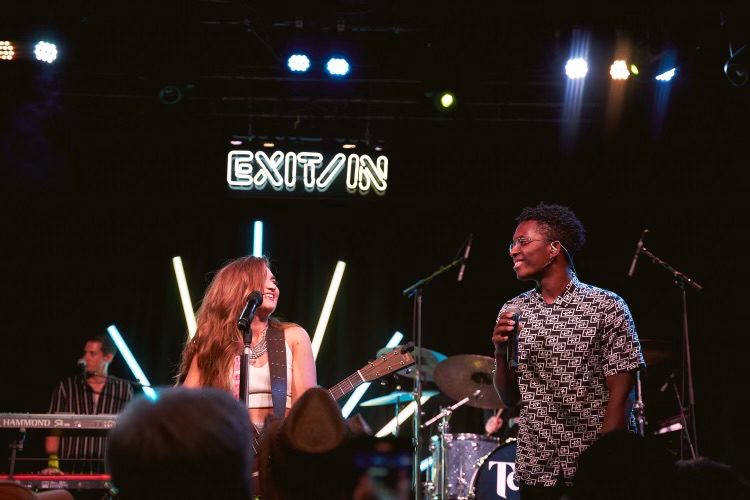 Townes also gave impressive performances of her ode to waiting for love on “When’s It Gonna Happen” and yearning “Where You Are,” while also welcoming surprise guest Breland to the stage for their new collaboration “Shared Walls.”

“I wrote this with a couple friends of mine in our respective apartments through a screen. We were talking about apartment living, our neighbors, and how much closer we felt to our neighbors down the hallway and also across the entire world over the past few years,” she explained. “We’ve all been through so much so we wrote a song about it.”

Though a big smile rarely left the singer-songwriter’s face, she also gave the audience a healthy helping of emotions with songs like “When You Need It,” which originally features pop singer Wrabel lending his vocals; as well as an acoustic, solo version of “When I Meet My Maker;” and a version of “Villain In Me” that had the crowd’s skin crawling with anticipation as she left the stage.

Returning in a moody, all-black ensemble the Canadian entertainer made her way through the rest of the stacked set list, including the haunting “The Sound of Being Alone,” to which she controlled the room’s attention with ease; the ever-bluesy “I Kept the Roses;” and the nostalgic, dream-inspiring “Girl Who Didn’t Care.” 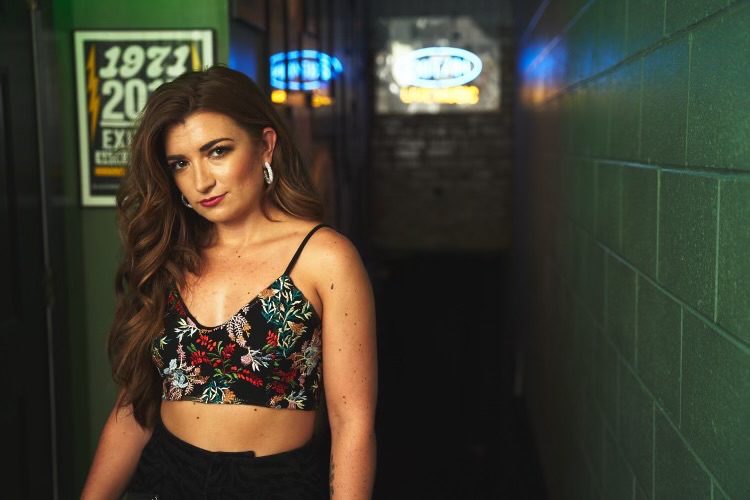 “I have had the best time with you guys tonight. Nashville, thank you for these moments. I promise I’m just going to hold onto this Exit/In night forever,” Townes beamed as she fought back tears. “Thank you for showing up and singing these songs. It’s such a dream to be able to do this and to be a part of an amazing community like Nashville.

“We’re going to leave you with one more song about how everyone has a story,” she said. “Thanks for looking out for one another. Be kind to each other. I love you guys so much. Thank you so much for spending the night with us.”

Townes closed out the night with her debut single “Somebody’s Daughter,” which earned a roar of applause from the Nashville crowd.

This weekend, she will open up for Brooks & Dunn on their “Reboot 2022 Tour,” making stops in Charleston West Virginia; Toledo, Ohio; and Detroit, Michigan.