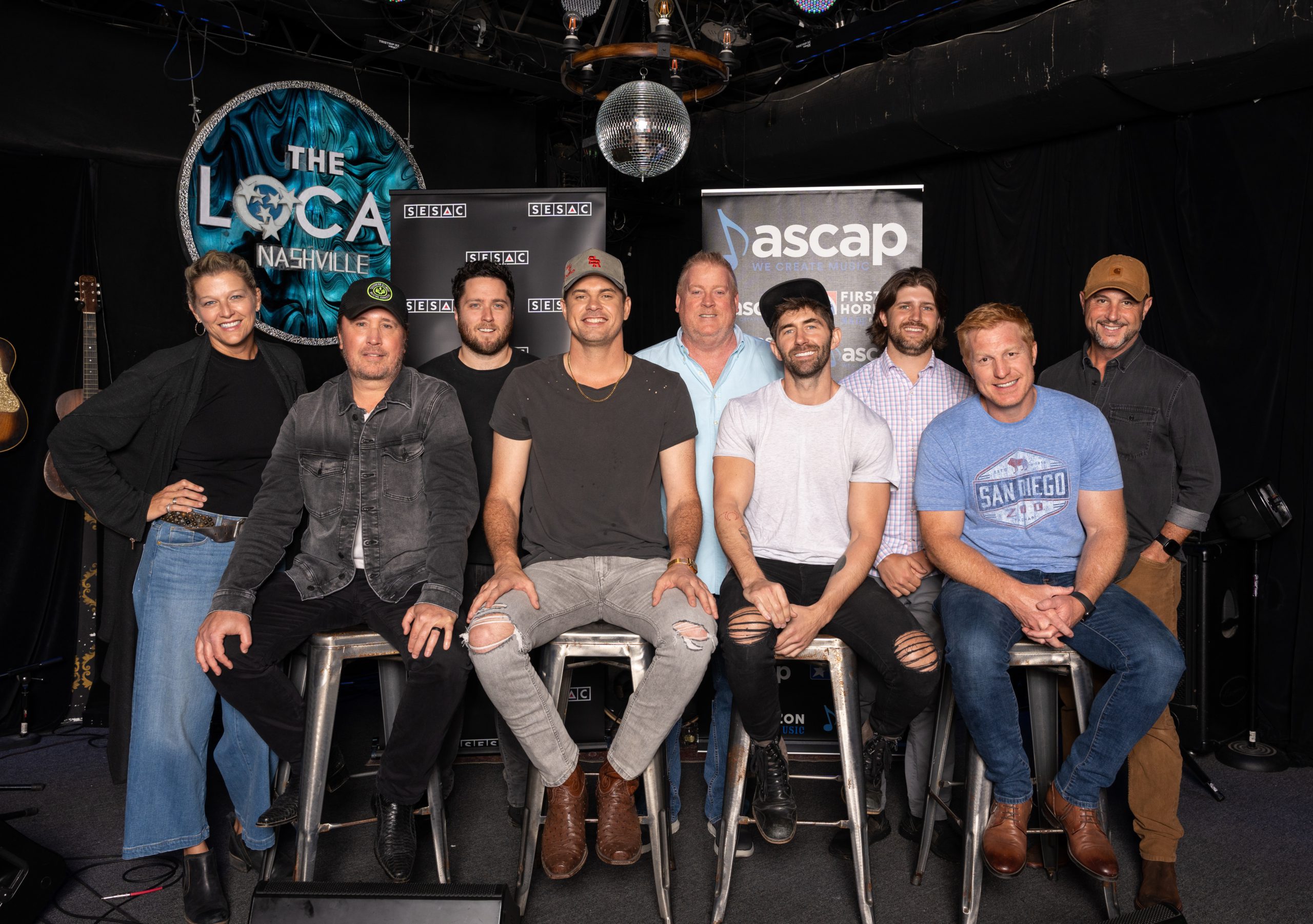 Friends, family, songwriters, and music industry execs gathered together on Tuesday afternoon (May 24) to celebrate Matt Stell‘s second No. 1 hit “Everywhere But On.” Hosted by ASCAP and SESAC, the event was held at Nashville’s The Local.

ASCAP’s Mike Sistad welcomed the group while also noting Sikes and Stell’s recent achievements. Sikes, a Nashville native and MTSU alum, marked his second No. 1 hit with the track. His first, Jimmie Allen‘s “Make Me Want To,” was honored just last week at Allen’s double No. 1 party. 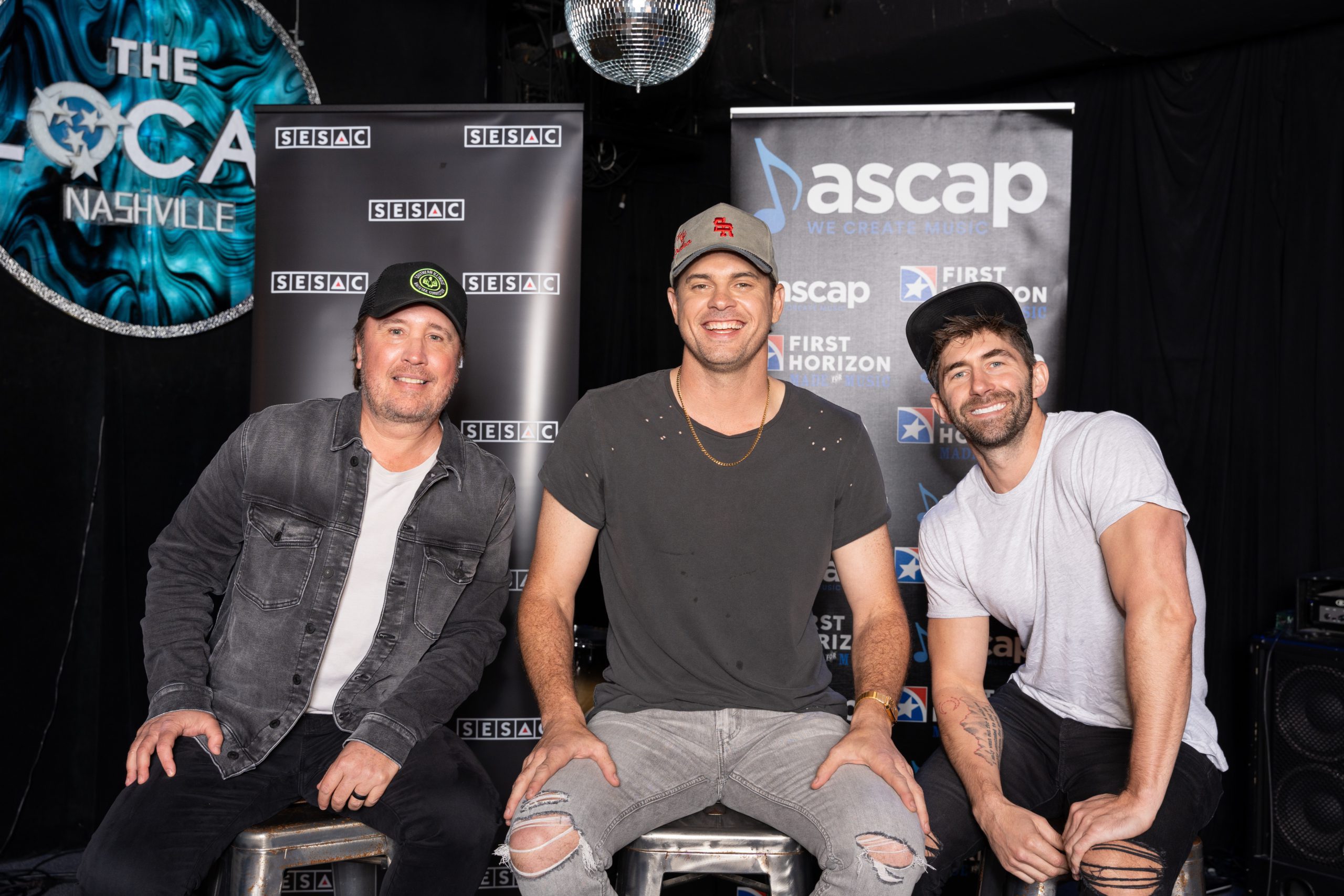 Stell, a RECORDS Nashville recording artist, also celebrated his second No. 1 as both an artist and a writer with the tune, following his two-week No. 1 2019 hit, “Prayed For You.”

SESAC’s Shannan Hatch also took the stage to dote over Miller, saying: “I’m so glad to be here today to celebrate songwriters, and especially this one. Lance has been at SESAC longer than I have, but Lance and I have been friends since before that.”

Rather than talking about the stats of the song or Miller’s list of accomplishments as a writer, Hatch reminisced on some of her favorite moments with Miller, including his journey to Nashville to become a singer-songwriter, his time on Nashville Star, and an interesting RCA showcase.

“He was doing this showcase at Exit/In and I was standing at the back of the room. Lance just nailed it and he sounded so amazing, but in between songs Lance got a little nervous and he started talking about things and people,” Hatch recalled cheekily. “He went through the room and I think that he equally offended every person in the room. Our dear friend and songwriter, Kim Williams, laughed for years about it and said, ‘I’ve never seen anybody that could sing their way into a record deal and talk their way right out of it.'”

Michael Martin of Endurance Music Group acknowledged Sikes second No. 1 party in a week as well as the long future of success ahead of him.

“Just like we talked about last week, it’s really fun to get to celebrate with your friends in the circle that you come up in creatively. We were talking about it and this is a good habit. If we could have this all the time then, not to be selfish, but it is fun,” Martin quipped. “Paul is a triple threat: he’s a hit songwriter, an amazing musician and producer, and everyone that works with him loves him. On behalf of the Endurance family, congrats Paul, and to many, many more that’s coming.”

Before presenting Stell with a special engraved bottle liquor, Martin also highlighed Stell’s impressive knack for songwriting, noting that a benefit of COVID was that he could put more attention into his writing.

Will Overton of Warner Chappell echoed the others’ praises as he moved on to shed light on Miller, noting his hard work and determination as one of Nashville’s songwriters.

“I was very lucky to get to work with Lance because I was a new song plugger at Warner Chappell and Lance was one of the first writers that I got to work with,” Overton explained. “He’s got a heart of gold and there isn’t a more kind and patient writer out there than Lance. He’s always hustling and working hard to get his songs in the right places and himself in the right writing rooms. All of that hustle has paid off in the last few years as Lance has continued to see his songs rise to the top of the charts. We’re excited and thankful to be part of your journey, and excited for the many years of success to come.” 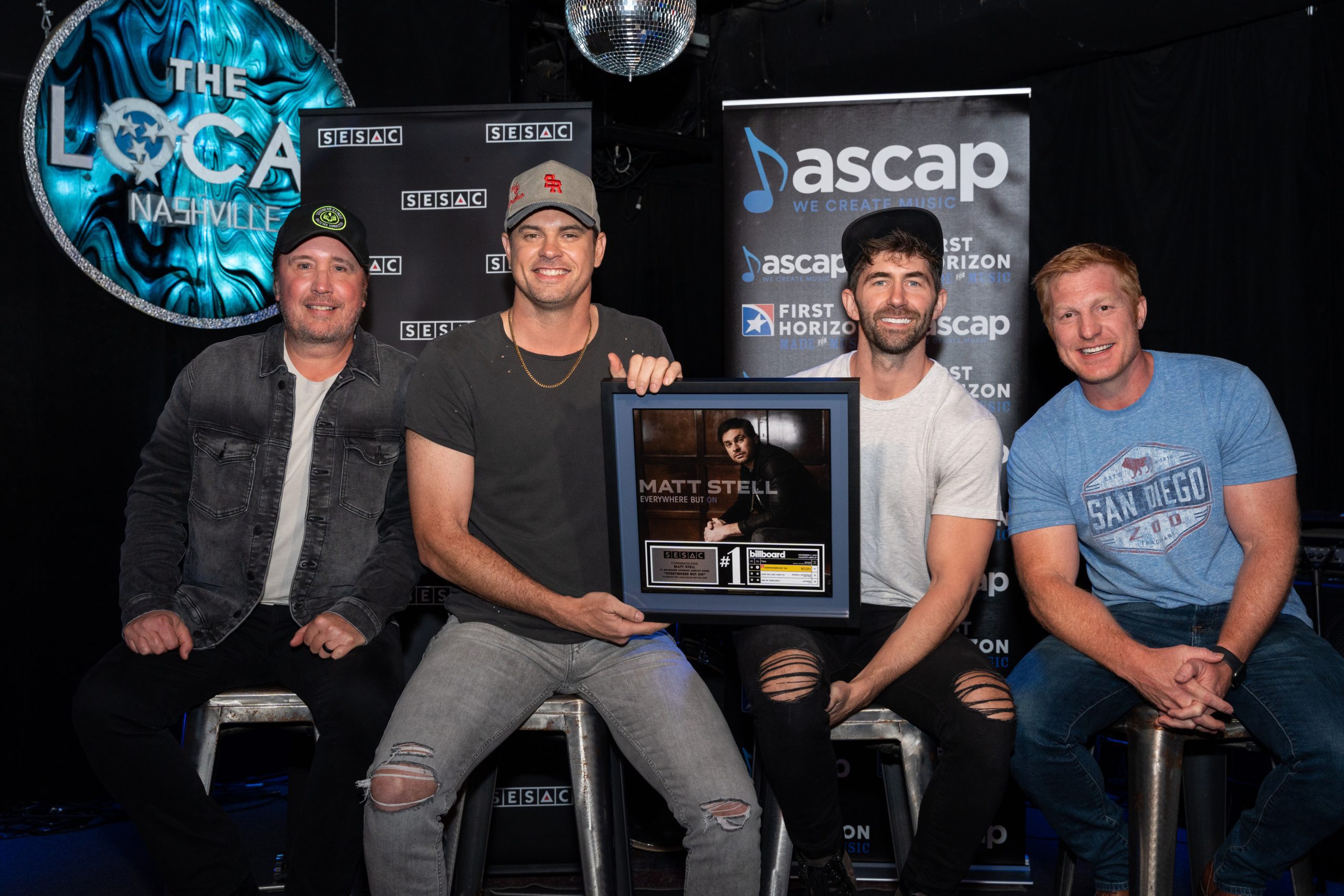 Next it was time to hear from the men behind the song.

Sikes thanked all of the team who worked to get “Everywhere But On” up the charts, as well as Bowers for his production skills and Stell for delivering the song with authenticity.

“I said this last week, but it truly is humbling to be up here. It’s great to get to do this with your friends and get to experience the journey with people that champion you and care about you,” Sikes offered. “It’s not about the pinnacle of this, it’s really truly about the journey and enjoying every day–going to the grind and making it happen. It’s great to celebrate this when it happens, and I just appreciate everyone in this room being a part of that in whatever way.”

Miller took the opportunity to give credit where it was due, noting Stell’s fiery vocals and Sikes contributing the song’s catchy hook to the writing process. “Nowadays you don’t run into [hooks] but [Paul] came in with a monster, and I appreciate that so much,” he gushed. “I’m thankful for this and it’s more fun playing the Bluebird when you’ve got a hit song to do. I’m proud to be a part of this community. Just like Minnie Pearl, ‘I’m just happy to be here.'”

Bowers addressed the songwriter’s as he talked about how the song is one of the few that he can remember exactly where he was when he heard it for the first time. “I was sitting at NY Pie in West Nashville in the parking lot waiting on my pizza to get ready. I’m checking emails and there was an email in there with ‘Everywhere But On.’ I listened to it and I can’t remember if it was Paul or Matt, but I texted whoever it was back and said, ‘This song is a huge smash.’ And I was right.”

Wrapping things up, it was time for Stell to take to the mic, thanking Wide Open Management, RECORDS Nashville, Sony, Endurance, his family, band, crew, and more.

“This is one of my favorite songs that I’ve ever written and I was so glad to be able to write it with these guys. I can’t thank everyone in here enough for how hard you worked–there’s just not enough names on the plaques, to be honest with you. Everybody in here has had something to do with that, and I really appreciate that,” he shared.

“In this business you hear a lot of no’s before you hear a yes,” Stell summed. “Sometimes the bad stuff feels worse than the good stuff feels good, so if you’re here tonight, let’s really take time to enjoy each other’s company. Maybe we’ll get a hangover during the week or whatever because we deserve it. We worked our asses off. We need to celebrate and make sure our highs are really damn high.”