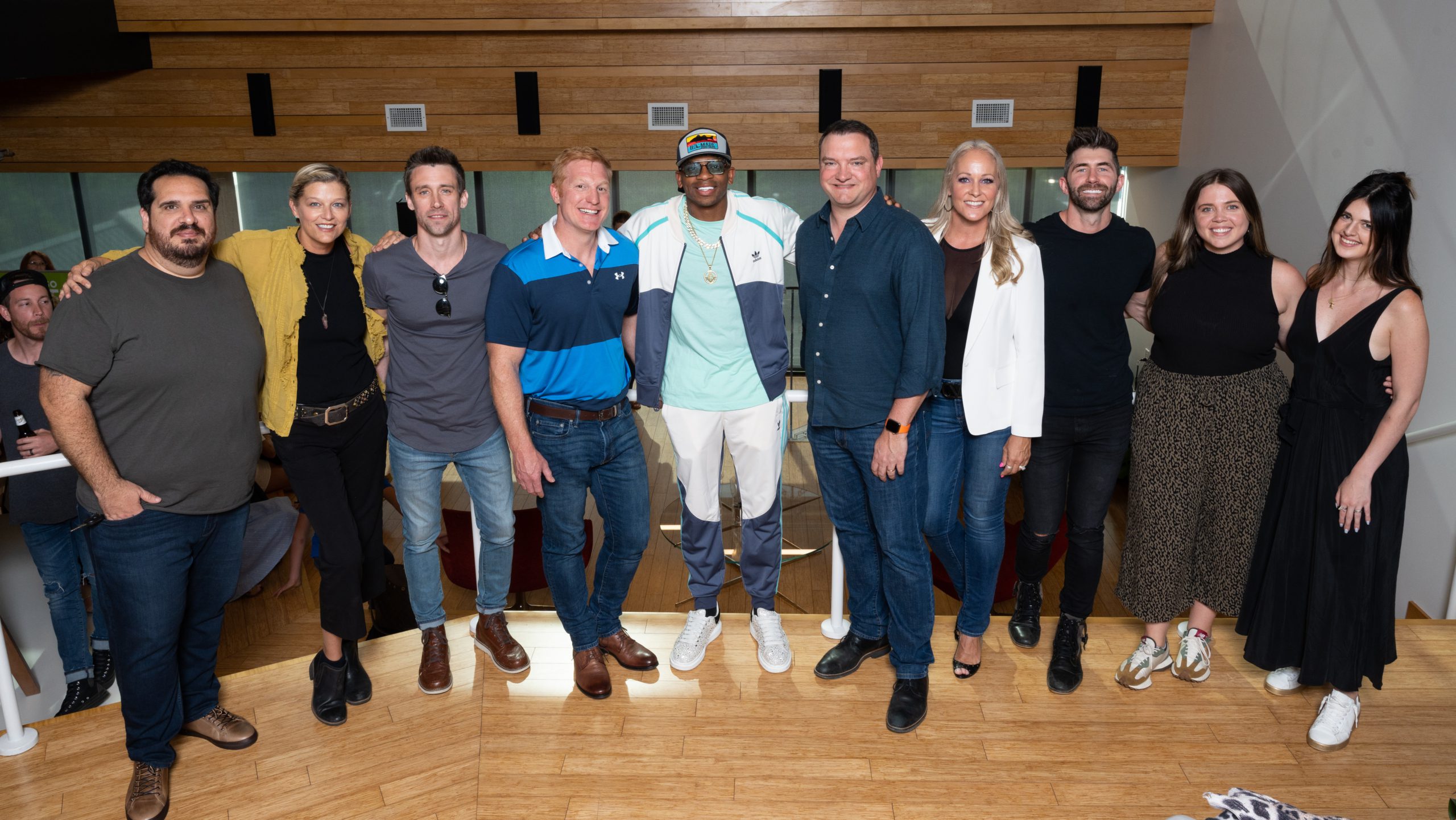 Allen’s second No. 1 single, “Make Me Want To,” reached the top of the Billboard Country Airplay chart on March 7, 2020. Jennifer Denmark and Paul Sikes are co-writers on the tune, which was co-produced by Eric Torres and Ash Bowers. Bowers also co-produced and co-wrote “Freedom Was A Highway” along with Allen, and co-writer Matt Rogers. The song, recorded as a duet with Brad Paisley, reached the top of the chart on Feb. 19, 2022.

The party felt like a Jimmie Allen fan club gathering, as everyone in the room dotted on the charismatic star. SESAC and BMI hosted the party, and SESAC’s Shannan Hatch served as emcee. 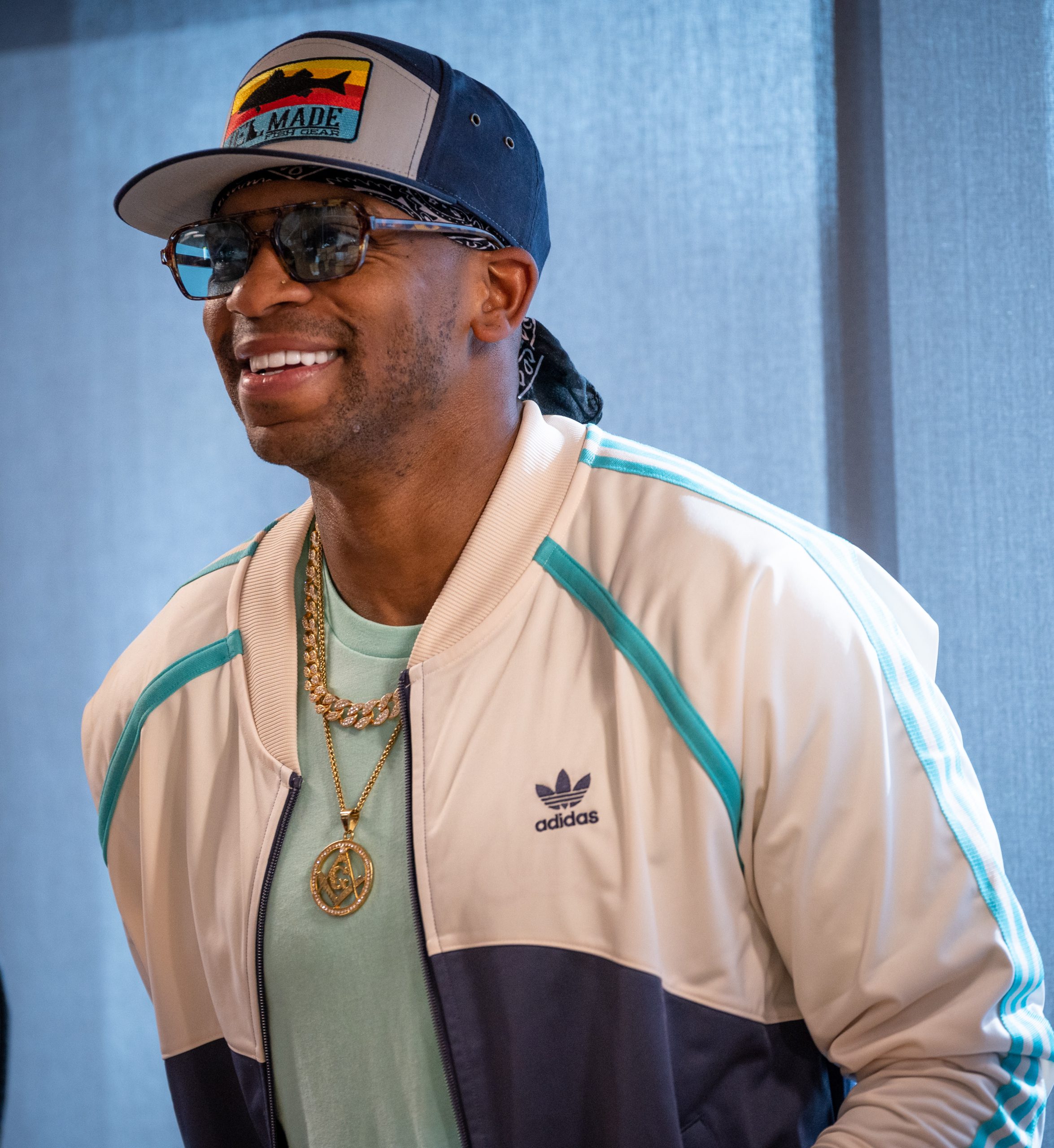 “Jimmie has been in Nashville for a while now and I had the pleasure of meeting him early on, before he had a publishing deal and before he had a record deal,” Hatch said of the SESAC writer. “The thing about Jimmie that has always been true from the very beginning is what a hard worker he is. When he sets his mind to something, he accomplishes it.”

Martin echoed Hatch’s sentiments about Allen. “His work ethic is a whole other level,” he said. “He always brings such great energy which is contagious to everyone around him.”

Martin also spoke about writer Paul Sikes. “It’s been an honor for me and our team to work with Paul. His passion, his work ethic, and his talent separate him from the average writer.”

When speaking to Ash Bowers, Martin said, “It’s been amazing to be a partner in everything you’ve created at Wide Open and the team you’ve put together. Working with you has been such a catalyst for everything that we’re doing.”

Curb’s Colt Murski was on hand to speak about Jennifer Denmark, who was celebrating her first No. 1. “You’re one of my favorite people and one of my favorite writers I’ve gotten to work with. You show up with a big smile and big laughs every day,” Murski shared.

Josh Van Valkenburg represented Sony Music Publishing and spoke about Matt Rogers. “He’s not a songwriter, he’s a craftsman,” Van Valkenburg said. “I’ll put this guy up against anybody in town. He’s one of the best songwriters I’ve ever worked with.”

BMI’s MaryAnn Keen got up to speak about Bowers. “He is the ultimate business man,” she said of the hit songwriter, producer, manager, publisher and more. “Ash is the definition of hard work and continuing to show up for his people day after day. It’s such an honor to celebrate with Ash.”

“You’re writing history,” he said, getting choked up. “There are few things that I’m going to be more proud of when I’m done than getting to work with you. Thank you.” 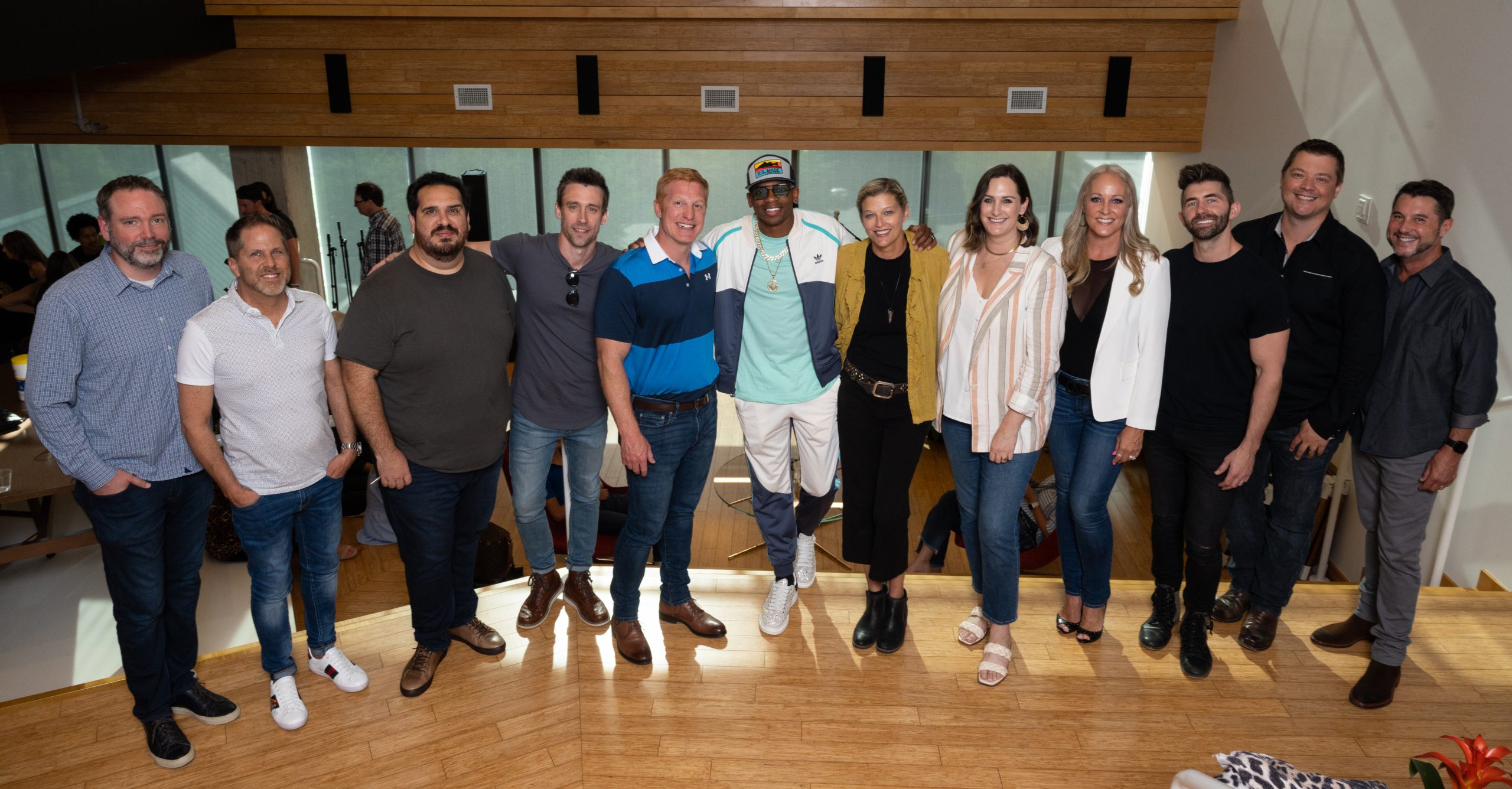 Next it was time to hear from the songwriters and producers.

Sikes was up first. “I’ve been doing this a long time. It’s humbling to be up here,” he said. “You’ve got to love this when you’re on a mountain top and you’ve got to love it in the valley. You never know when these opportunities are going to come for you.”

“The only thing cooler than having a No. 1 is having one with one of my best friends in the world, Paul Sikes,” said Denmark. “Writing with Jimmie before he had a record deal and then seeing him rise to this level has been a blessing for me.”

Bowers was emotional when he spoke. “It’s crazy to think about me being here. I came here as an artist. I thought I was failing but God has given me more opportunity to learn and grow in a different space.

“Jimmie, nobody works harder than him,” Bowers added. “These things don’t just happen. He outworks not just everybody here, but everyone in town.”

Rogers spoke about his supportive village. “I moved to Nashville about 17 years ago. To make it in this town, you have to have people to believe in you,” he said. “I really do appreciate people who have believed in me.”

Producer Torres kept his remarks short and sweet. “Thank you guys for an amazing song,” he said, telling the story about how he entered the Jimmie Allen team.

When it came time for the man of the hour to speak, he didn’t leave anyone out, individually recognizing his co-writers, publishers, label team, managers, band and crew, and his family.

Allen was candid about the pressure he felt in his role, thanking his support system for helping him through it. “It’s hard, but my family has been great,” he said. “Even though I have issues, we all have them, what I’m doing does matter. It helps people and inspires people.”

He pointed out that he didn’t want to change country music, he wanted to add to it.

“You’ve got to come into this business and have respect for the business. Have respect for radio, publishing, and record labels, and figure out how to not change it—but add to it,” he said. “That’s what I want to do in this business. I don’t want to change country music, I want to add to it. When you add to things, it grows. If you change it, it disregards and is disrespectful to the history. It takes away from what people love about it, so let’s add to it.”