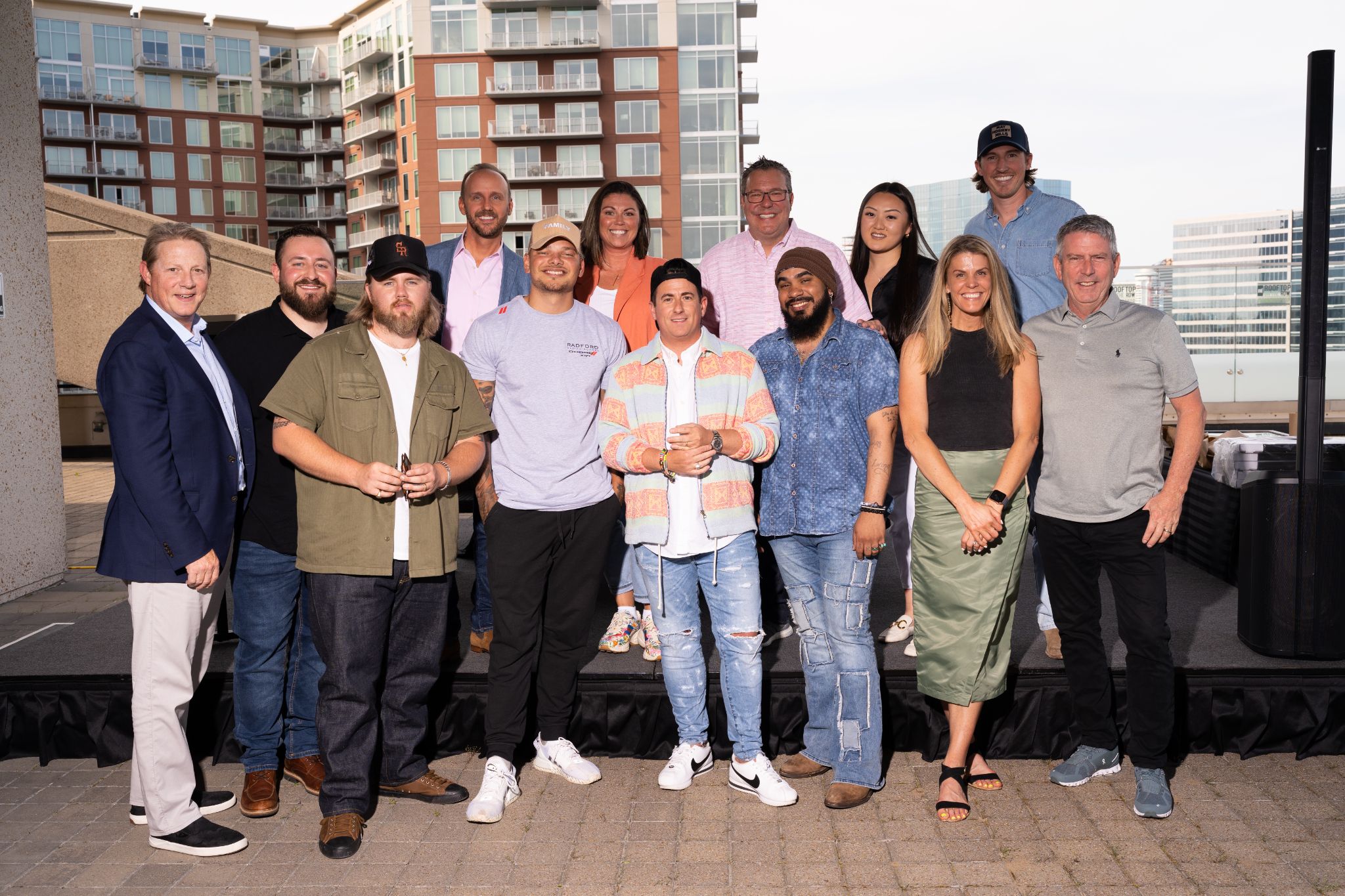 Creatives and industry members gathered on the BMI rooftop once again on a sunny Monday (May 2) afternoon to celebrate Kane Brown‘s seventh No. 1 hit, “One Mississippi.”

Along with co-writers Jesse Frasure, Ernest, and Levon Gray, Brown commemorated the milestone before a busy week of releasing new music on Thursday (May 5) and playing his first stadium show in his hometown of Chattanooga, Tennessee on May 7.

It was also the very first No. 1 party for co-writer Gray. His story is an interesting one, as Brown signed him to Verse 2 Music after discovering him on social media. After seeing a video Gray made, Brown invited him to a co-write in Nashville, where the two collaborated with Frasure and Ernest on “One Mississippi.”

To make things even more special, the party also served as a long-awaited celebration for Ernest, whose five chart-toppers have hit during the pandemic, preventing him from having a proper celebration.

BMI’s Clay Bradley led the affair. “This is the first No. 1 party we’ve had on the rooftop since 2019. I can’t think of a better group to celebrate with on this beautiful day,” he said.

Rhythm House’s Stevie Frasure kicked off the publisher presentations. “When people say it takes a village to get a No. 1 song, it really takes several villages and then their villages,” she said before turning her attention to her hit songwriter husband and fellow publisher. “Jesse, you’re such a great partner at Rhythm House, you’re a good leader and mentor, you’re so giving of your time, and you’re so talented.” She added, “This town is really lucky to have you.”

Verse 2’s Earls was on hand to speak about the company’s first No. 1. Earls thanked the co-writers, fellow publishers, Sony Music Nashville, and Brown’s team—including shouting out his wife and Brown’s manager, Martha Earls.

“A special thank you goes out to Rusty Gaston and his team at Sony Music Publishing,” Earls added. “Thank you for believing in the long term plan that Kane and I shared with you, and also each of these writers that we’ve added to the Verse 2 roster.

“Speaking of family,” Earls added. “Kane Brown, here we are again. I’m not only honored to be celebrating your seventh No. 1 country single, but also our first at Verse 2. I’ll never forget the night you called saying you found someone for us to sign on Instagram.”

He closed by telling the industry crowd Gray’s discovery story, from Instagram to the “One Mississippi” co-write. “It was a high pressure opportunity and Levon delivered. He brought the title idea and these four guys knocked it out of the park,” Earls said. “Levon, it’s pretty extraordinary that your first co-write in Nashville is a No. 1 song.”

Big Loud’s Michael Giangreco was up next to talk about Ernest. “How about Ern? Five No. 1s and three more records on the radio right now,” he said. “We couldn’t be more excited we get to work with you. You’re one of the best guys of all time.”

Next up was Sony Music Publishing’s Gaston, who recognized Brown’s songwriting ability. “Kane Brown is a real deal songwriter,” he said. “There will be a day when every one of us are celebrating Kane Brown going into the Country Music Hall of Fame. This will happen. But there will also be a day where we all celebrating Kane Brown going into the Songwriters Hall of Fame. That’s what a songwriter he is.”

“I’ve been in Nashville now for five years. My first day on the job was April 1 at the ACMs in Las Vegas. I met Kane Brown the very first day on the job,” Reese recalled. “He was quiet and not feeling well, and had that ‘I’m not sure if I trust you or not’ vibe. But hopefully after seven No. 1 songs, he trusts me,” he said. 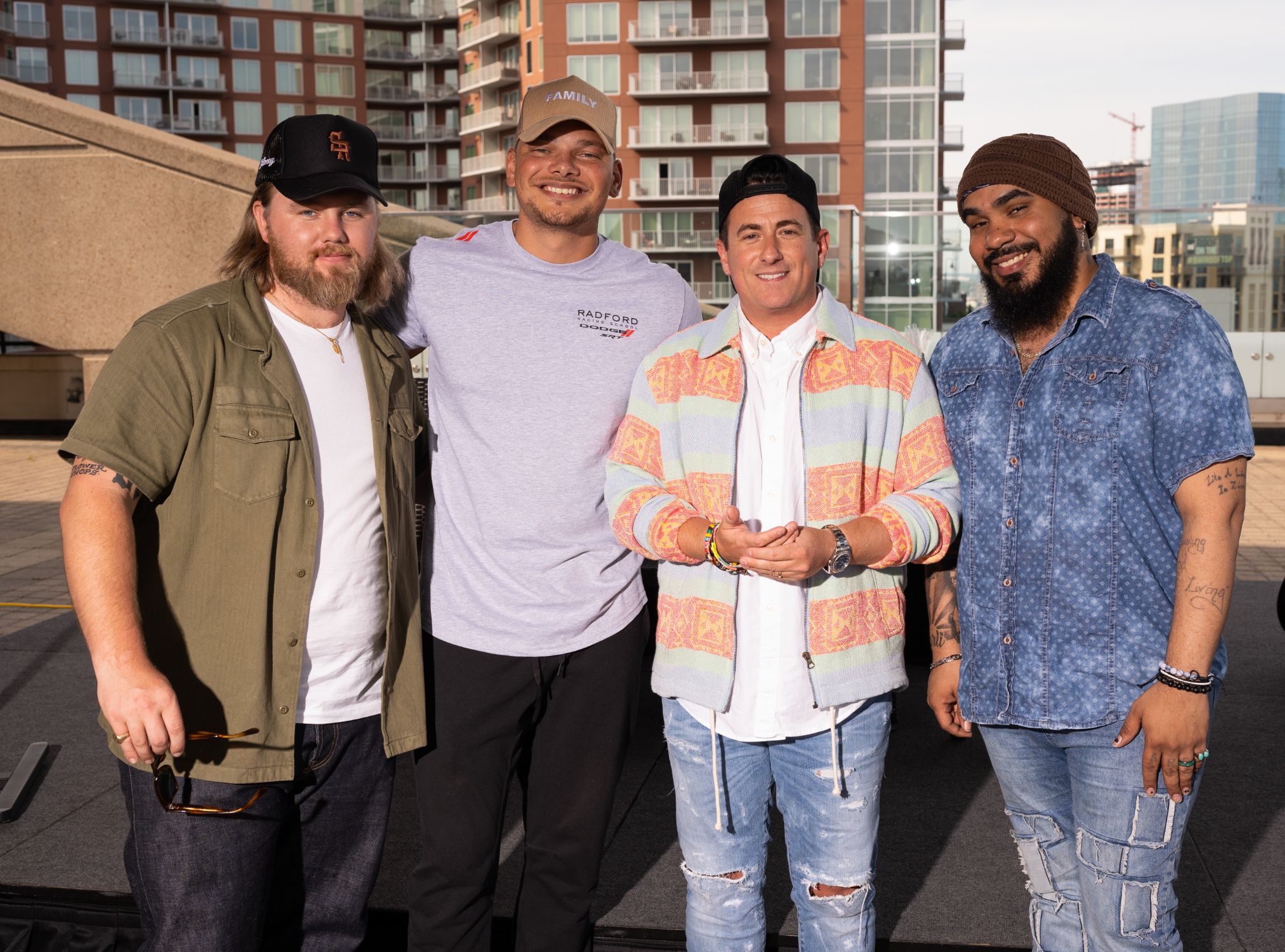 Frasure was the first of the songwriters to speak. He spoke about the interweaving of team members in the crowd. “I love that this family in the Nashville publishing community is so [interwoven]. We’re all supporting each other and fighting for this hard business,” he said.

Ernest was up next. “It means everything to finally get to celebrate a No. 1 with human people in person!” he said before recognizing the people who first took a chance on him.

Gray was quiet and grateful when he spoke. “I was working night shift in a gas station when I tagged Kane in my post. I’m very grateful to be here in Music City amongst the most talented artists and writers in the world,” he said. “This right here is one of the greatest moments of my life.”

Superstar Brown closed the celebration with some brief remarks. He was particularly excited to celebrate Gray’s first No. 1. “I’m so pumped for you, man. Thank you for tagging me,” he said.

He thanked his whole team, and closed with, “I love everyone in here. Thank you so much for coming. Hopefully there is many more to come.”